As the global collapse continues, today the man who has become legendary for his predictions on QE and historic moves in currencies and metals alerted King World News about something that will shock the gold world, the Swiss gold refiners, which produce 70% of the world’s gold, have just been ordered to halt production!

The Swiss Canton of Ticino, in the Italian part of Switzerland, has just ordered the gold refiners based there to close, initially to March 29th but this is expected to be extended.  Three of the world’s largest refiners – Argor, Valcambi and PAMP are based in Ticino. More later in this article.

WHO WILL PAY? – THE PRINTING PRESS, STUPID
The world will now see massive handouts to individuals and corporations, rescues of over-leveraged banks and hedge funds plus rapidly surging government deficits. But who is going to pay for it? The printing press – stupid! Who else. The printing press has gotten the world into this financial disaster in the first place and all that is needed now is to speed it up 100x or more.

But who is controlling the printing press? That is an irresponsible elite of central bankers, bankers, the Deep State, and governments who have all benefitted from the biggest financial bubble in history.

CENTRAL BANKS TOLD US ABOUT THE CRISIS BACK IN AUG-SEP.
The first signals of the latest crisis in the financial system was clear in Aug-Sep when first the ECB said they will take whatever measures necessary and the Fed started desperate money printing that one Fed governor called plumbing and not QE. Of course it was plumbing since the system was leaking like a sieve. I wrote at the time that what will happen next will be as momentous for the world as Nixon closing the gold window in 1971. And here we are 6 months later with the Fed’s balance sheet having expanded by almost $1 trillion. In addition all central banks and governments are now committing trillions to prop up failing economies and a collapsing financial system.

EUROPE IN LOCKDOWN
Most European economies are now at a standstill. Shops, hotels, restaurants, bars, and most offices, and many factories now closed. Virtually all European car manufacturing has come  to a halt. The airline and tourist industry is collapsing and most small businesses haven’t got cash flow for more than a couple of weeks.

It is an unbelievably tragic catastrophe which is now hitting the world. I have talked about the coming collapse of the world economy for many years and done my best to tell people to protect themselves. Sadly, most people believe that good times will go on forever. Therefore the coming economic downturn will shock the world.

Although, there is always a catalyst for a downturn, the world could not have been hit by a worse trigger. The biggest economic downturn in history was due anyway.

Global money printing will increase to $10s and $100s of trillions and when the derivative bubble blows up, it will reach $ quadrillions. There can be no other outcome.

STOCKS WILL GO DOWN BY 90% FASTER THAN IN 1929-32
In 1929, it took the Dow 2 1/2 years to go down by 90% and the depression lasted for many years. This time because of Coronavirus (CV), the collapse will be very fast. It could all happen in 9-18 months. By that time the financial system will be unrecognisable or nonexistent. All the printed money will be valued at its intrinsic value of zero. And so will all the assets that were bought or created by this printed money. Stocks will be down 99% and most bonds down by 100%.

But even if markets will collapse very quickly, the world economy will go along the bottom for years and maybe decades.

Investors in property live under the false impression that bricks and mortar will always have a value. Sadly that won’t be the case. If there are no tenants or if they don’t pay the rent, the properties will be almost worthless. I have already heard from friends in the property business who say that the tenants can’t pay the rent. Governments in some countries have promised to help out with rent. But that help will consist of worthless printed money and therefore only have a very short term effect as its value declines daily. If printed money was wealth, we could all stop working.

FAKE MONEY,  FAKE VALUATIONS,  FAKE MARKETS
So we are now entering the end of a 100 year phase of fake money, fake valuations, fake markets and unlimited debt, all leading to the biggest bubble in history. This has also led to false ethical and moral values and the breakup of family values. Too many people have been chasing the golden calf or material values.

What makes the coming period particularly difficult is the combination of CV hitting many people combined with severe financial pressures. A very big percentage of the population  will experience extremely hard times both physically and financially.

HOSPITALS FIGHTING A DESPERATE BATTLE WITH CV
As we have seen in many European countries, there are not enough intensive care units or ventilators even for a fraction of the patients who need it. Doctors and medical staff in for example Italy or the UK are fighting a desperate but losing battle and still working around the clock. Many elderly and severely ill people are not even admitted since there is no room and they are left to die.

The situation is even made worse because most governments have waited much too long to take strong action. If you listened to most leaders of state in Europe and the US, everyone thought that they had it under control and their country wouldn’t be severely affected. And then for every day that passed, they gradually changed the tone as they realised that their country would be hit badly too. All a country needed to do is to look at Italy where CV started started only a few weeks ago but sadly is still growing exponentially. Just Saturday there were 800 fatalities making almost 5,000 total deaths.  Other countries can just with some delay extrapolate Italy’s figures to forecast what will hit them. Also, in many countries the population is not taking the advice or instructions seriously and openly mixing with other people…

No one can tell how long this will last. Observers on the ground in China are saying that CV is still growing there as opposed to official government information. Some people are saying that it could last for 6 months or more and this doesn’t seem unlikely.

THE WORLD ECONOMY COULD DISAPPEAR IN A BLACK HOLE
If the economy closed for more than 6 months with most people not working and major parts of the manufacturing sector closed, then both the economy and the financial system will disappear in a black hole. Governments will have some very difficult choices in the next few weeks and months – the survival of people against the survival of the economy.

Looking at markets, the bull market is over and whatever outcome we will see of CV and government actions, the world is now entering a severe secular bear market which will be long lasting. All bubble assets, stocks, bonds and property will decline by 90% or more.

All major countries led by the Fed, the ECB, the IMF, BOJ, PBOC etc will print unlimited amounts of money. All currencies will decline by 100% as they finish the race to the bottom to their intrinsic value of ZERO. We will soon see high inflation, quickly leading to hyperinflation.

PAPER GOLD MARKET WILL COLLAPSE
Gold and other precious metals will maintain their purchasing power and most likely much more than that as the huge and manipulated paper market in gold and silver collapses. Comex and other futures exchanges will default combined with the whole LBMA system of bullion banks.

There is very strong demand for gold and especially silver currently. Small dealers are out of stock of most items. Bigger buyers like ourselves can still get hold of gold from the refiners but for silver there is a delay of a couple of weeks currently.

So there are many factors which will be extremely favourable for the precious metals:

It is still possible to buy physical gold and silver at a very low price based on the fake paper market. This will not last long as shortages will soon develop and repricing of the metals is imminent.

The section above was written before the news that Swiss refiners are closing production. We must remember that 70% of all gold bars are produced in Switzerland and that the 3 biggest refiners are in Ticino where the local government  has ordered non-essential factories to close.

The likely outcome of gold production stopping should be a much higher gold price on Monday. But we obviously don’t know if the BIS and the bullion banks will hit the  gold market with $ billions of paper gold. Whatever they do in the short run, the market will soon discover that all this paper gold is worthless.

The gold mining stocks are also likely to suffer until the situation is clarified since they have lost their biggest buyers.

Please remember that the principal reason to hold physical metals is for insurance and wealth preservation.

Finally please remember to look after yourselves and families and in particular the older generation…For those who would like to read more of Egon von Greyerz’s fantastic articles CLICK HERE. 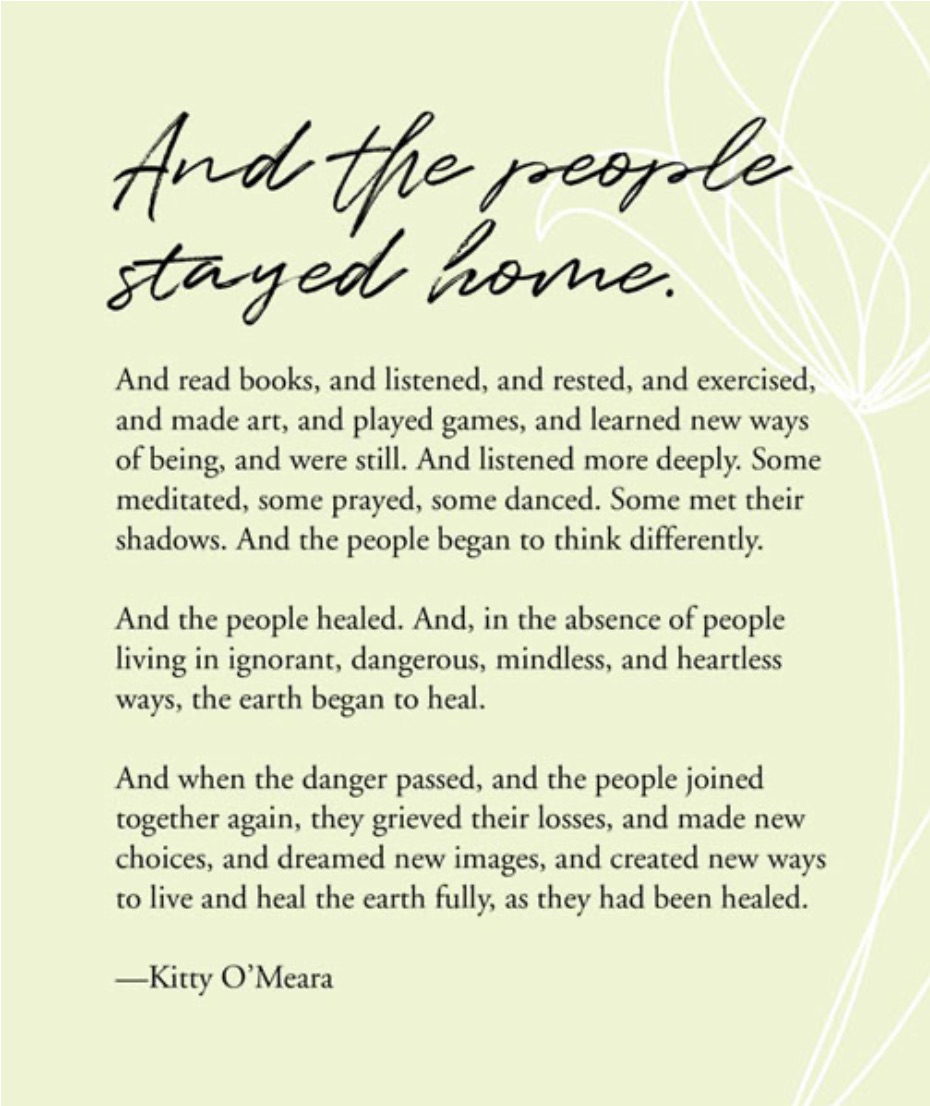