On the heels of the price of gold trading to new all-time highs this week, bullion banks are now all-time record short the gold market. What comes next is anybody’s guess.

What Comes Next Is Anybody’s Guess
March 11 (King World News) – Alasdair Macleod:  As commodity prices responded to developments in Ukraine, precious metals rallied strongly before a general consolidation developed across all markets. After hitting a high of $2070 on Tuesday, gold backed off to trade at $1990 in this morning’s European trade, up a net $19 on the week. Silver touched $26.93 before falling back to $25.80 this morning, up a net 15 cents. 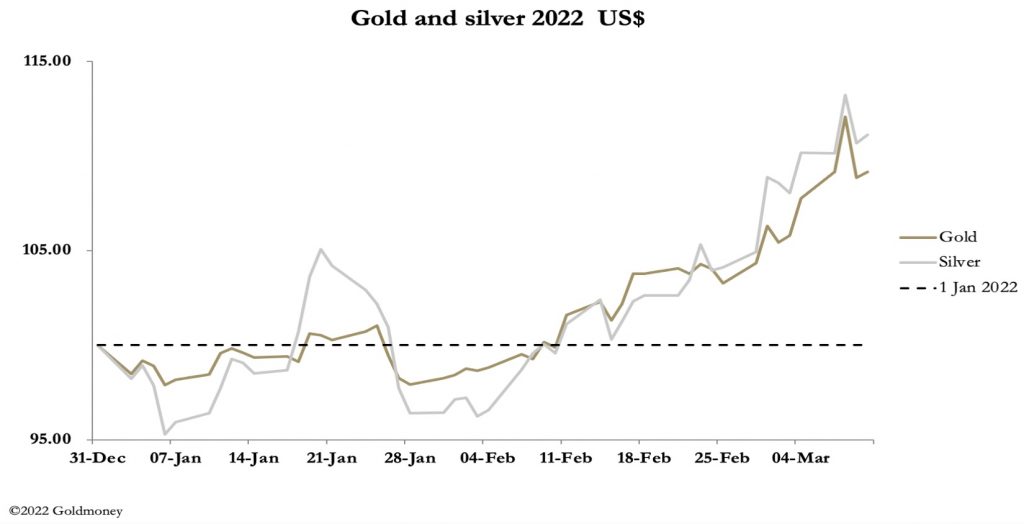 Oil prices also backed off, with WTI this morning at $108 after touching $129.40. The flight to fiat safety has also reversed, as our next chart of the 10-year UST from Trading Economics shows.

US 10-Year Yields Have Also Been Steadily
Rising, Despite War In Ukraine

Last week the yield on the 10-year UST note fell from over 2% to 1.68% by last Friday before a pre-weekend rally. This week, the yield rose to 2% again, telling us that on balance the market was becoming less worried about the Ukrainian war and more concerned with the highly negative real yields on offer. By way of confirmation, it was announced yesterday that the US CPI rose to 7.9% in February in line with expectations.

On Comex, gold’s Open Interest has risen above recent levels, putting pressure on the Swaps, which account for the bulk of the short side. The Swaps are mainly bullion bank trading desks. 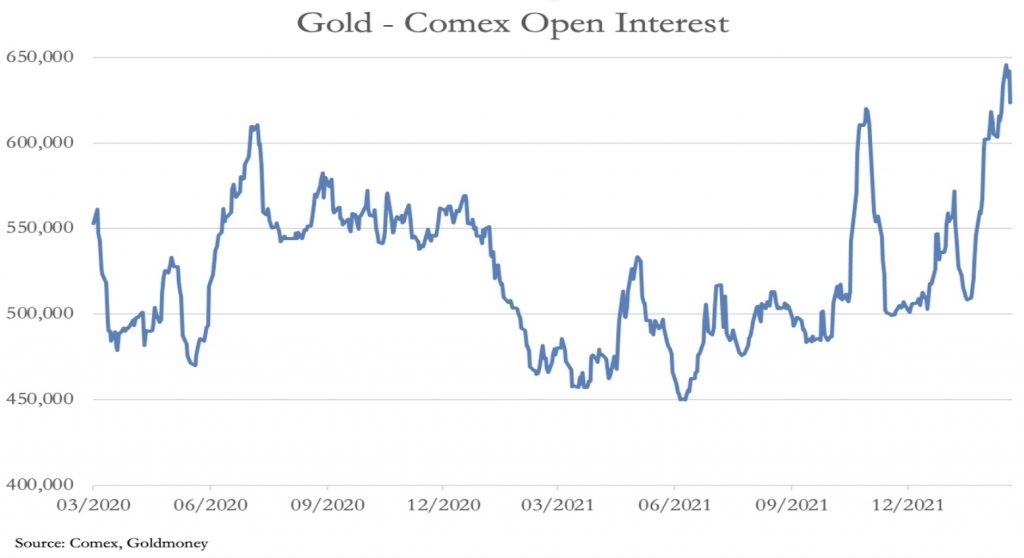 In money terms, their gross short positions are now at record highs. 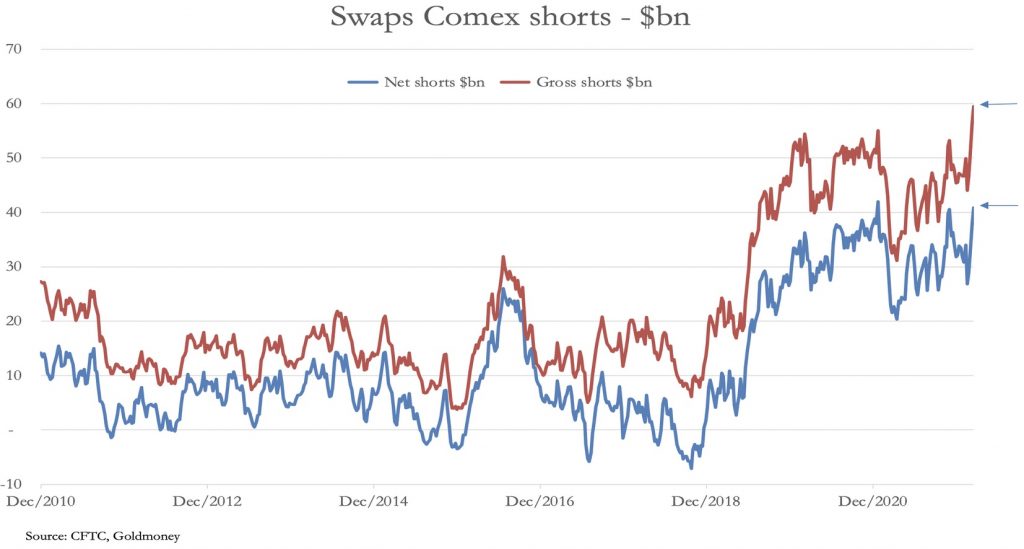 This might explain the markets counterintuitive behaviour, when on Tuesday Comex Open Interest fell by 7,209 contracts on the day gold hit its high point. This can only happen if a combination of Producers/Merchants and Swaps cut their shorts. And with prices rising to these levels, it is likely that Producers increased their shorts, which can only mean that the Swaps managed reduce their shorts by as much as 15-20,000. We will find out the true figures when the Commitment of Traders figures are released after trading hours today.

Meanwhile, a negotiated settlement to the Ukrainian invasion does not appear to be in sight. But this week, Sergei Lavrov, the Russian Foreign Secretary in negotiations with his Ukrainian opposite number in Turkey effectively opened a possible route for peace negotiations. If Ukraine undertakes to be neutral, not joining NATO nor the EU, then Russia can back down. This might be doable, but America is likely to baulk at letting Putin off the hook so easily. It might not happen, but for precious metal traders it cannot be ruled out. And if serious negotiations start, there may be some short-term downside in prices.