We May Be Seeing “Peak Euphoria”
On This Bear Market Rally 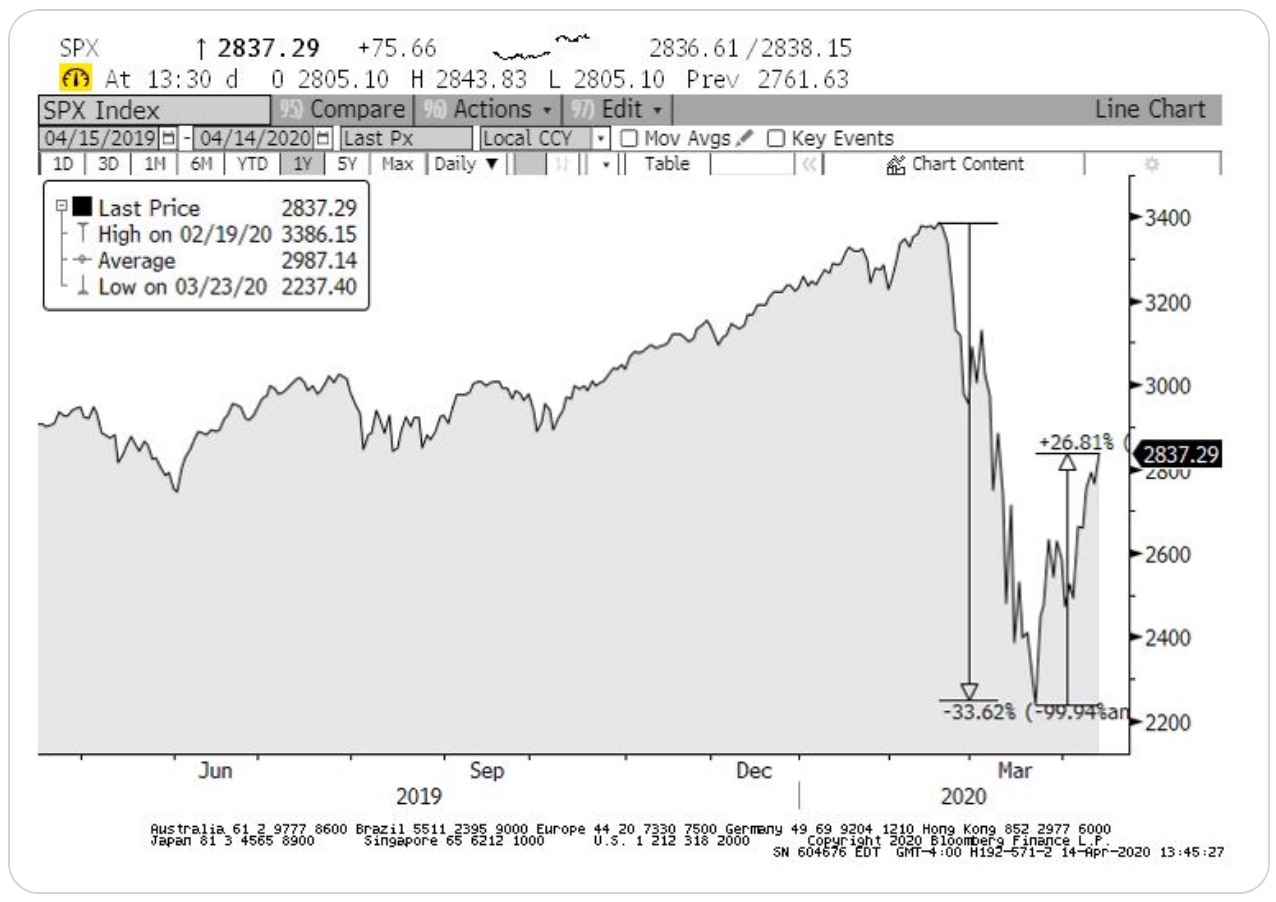 Stephanie Pomboy continues:  The eye of the storm has almost completed its pass over us. now comes the real pain. With everyone in, market grinds slowly lower and lower like boiling a frog in water.

Humans have a habit of dying, and as the population of the US has grown since 2018, the figures we shall eventually see for total deaths in the US in 2019, will very likely be a bit larger, and the same holds for 2020.

The world is being deliberately terrorized, and fear is a great obstacle to human reasoning – always fairly weak in itself – by a dreadful fear of death due to the infamous Covid-19 virus.

We are told that the US is suffering a pandemic of Covid-19 infections, and the number of deaths it’s causing is the continuous theme presented to us, day in and day out, by the Media.

The fact is that Americans are suffering a pandemic of misinformation, whose object is to terrorize them into quiet submission to the despotism of those who govern.

I submit that a “Pandemic” that only produces 3.15% of the normally recurring deaths of Americans, is hardly a Pandemic, while Heart Disease and Cancer, which account for 44.8% of deaths in the US, are quite absent from the news.

I have a very big question: Why are we not favored with data regarding the ages of those dying of Covid-19?

Here’s what I think:  a good number of deaths attributed to covid-19 are deaths of aged people already at death’s-door, from Heart Disease or Cancer, or a host of other sicknesses that carry-off older people. So that when all the data is in, later on, it will be noticed that the total number of deaths registered in 2020, was actually in line with the number of deaths in previous years.

And yet the American Media are terrorizing the American people, 24/24 hours a day, with an overpowering fear of dying of Covid-19.

What should really terrify the American nation, is not fear of dying of an infection of Covid -19, but terror of the purposes of those who govern the US, and who are cowing the Nation into submission to their purpose of achieving total despotic power over a once-free Nation.

That said, what is yet to come will be a devastating collapse of the economy of the US, due to the suspension of normal economic activity for so many months.

I feel I must comment on this analysis and opinion published today.

I have been doing my own analysis of the data, originally because I felt that Ontario’s published statistics were a bit bald and, because it was a pretty much a report of the cumulative totals, I needed to copy the numbers each day into a spreadsheet to be able to do my own analysis.  I later started doing the same with the Johns Hopkins data for a variety of countries.

Firstly, I have arrived at similar numbers as Mr Price for the potential percentage accretive mortality as he did, and agree that they may be overstated to the extent that deaths for many individuals will simply have been accelerated. However ……….

He should take look at the numbers for New York City which ignored the warning signs for far too long:  in 5 the weeks it has ravaged the city it has suffered twice the normal number of deaths and its hospital system has been overwhelmed.  Compare this with Germany or even with Ontario where I live: in both those cases the “lockdown” was early and in our case it would have been better (given the developing situation in NY to our south) if we’d closed the border sooner.  In both those jurisdictions the “excess” death rate from the virus is one-thirtieth of that of NYC.  Additionally, it would appear that many of those that go through the more extreme versions of the disease and survive have permanent damage to their lungs and other organs.

Now, the disadvantage we have versus NYC going forward is that we (and Germany) will have virtually no “herd” immunity.  Until there is a vaccine it will be difficult to open up the economy again without risking a second wave.

I am 80 and live on my own. I am not cowering as he put it, in fact I am under instructions from my family to exercise extreme caution, but equally I don’t want to be a burden, so I go out from time to time to pick up stuff for myself.

Sorry, but my view on this occasion is that it’s easy for him to avoid the risk-taking: for those who are cooped up in less than adequate accommodations, it’s a very hard time from a mental health perspective as well as being financially difficult.

***Also just released: Gold Short Squeeze Intensifying, A Look At Silver, New Math, Plus Where Is “THE” Bottom? CLICK HERE.