Gold Volume And Open Interest Has Collapsed On Comex

Gold trading volume and open interest has collapsed on Comex.

August 19 (King World News) – Alasdair Macleod:  Gold and silver drifted lower this week, consolidating the rise from last month’s lows. In European trade this morning, gold was at $1753, down $50 from last Friday’s close. Silver was at $19.30, down $1.47 on the same timescale. 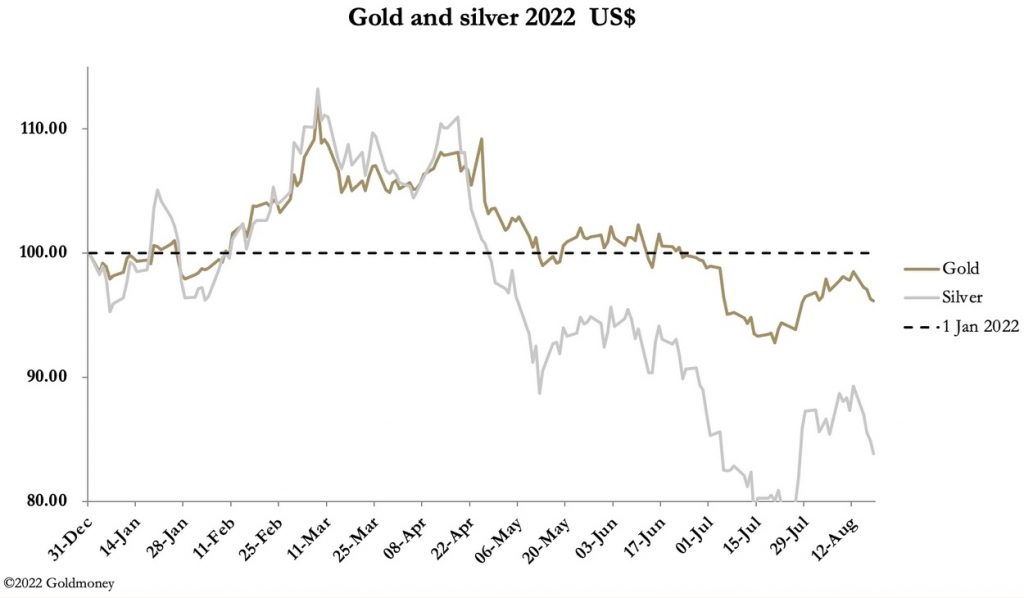 Rarely do we see such negative sentiment, revealed by Comex turnover, which for gold has sunk close to all-time lows. This is shown by our snapshot from the Comex website.

The thin blue line represents Open Interest, which is also at an extreme low, better illustrated in our next chart. 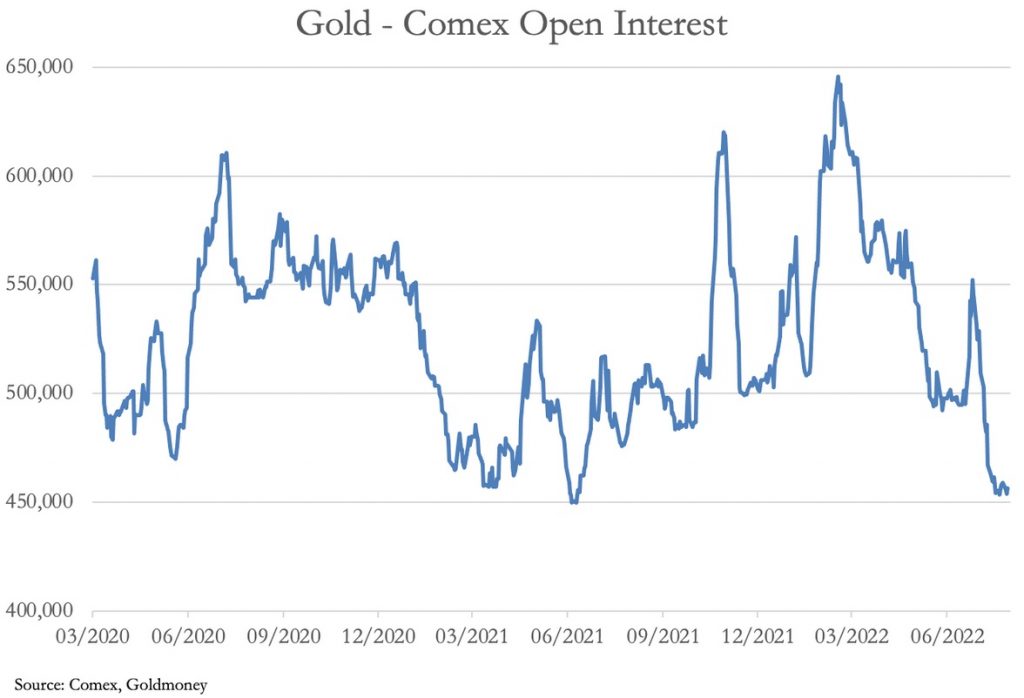 We can see that in general terms an Open Interest decline to 450,000 contracts is about as low as it gets, and while it does not necessarily mark the low price for gold, it is a strong indicator for higher prices to follow. The reason is obvious: the bulls have generally sold out, and there are few sellers left.

This is confirmed by dwindling volumes. Generally, bullish interest is required to drive volumes, and that is missing. This appears to be part of what traders term a risk-on environment, when traders turn bullish on financial assets and bearish on hedges. Our next chart of the dollar’s trade weighted index and the S&P 500 summarises the wider bullish market sentiment over the last month.

Principally due to euro yen and sterling weakness, the dollar has rallied strongly, a situation likely to continue. It has encouraged portfolio money to buy US equities, reflected in the S&P. But the S&P appears to be losing bullish momentum, as the yield on the 10-year US Treasury has begun to rise again. This is next. 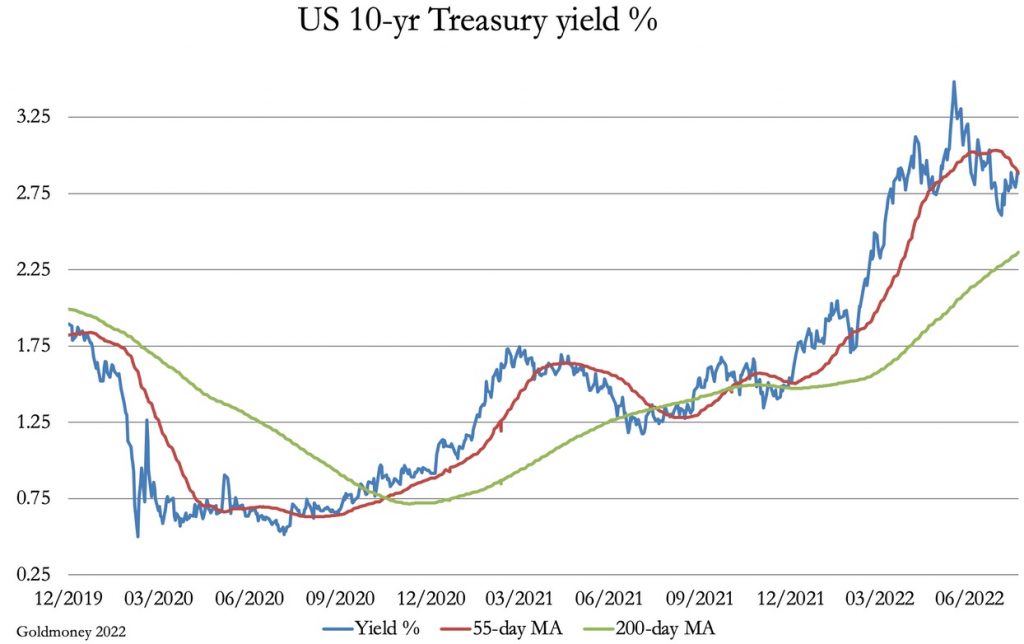 In the real, as opposed to the technical world, the battle is between the bulls dreaming of transient inflation and the return of a recession requiring bullish stimulation, and the bears pointing out that the inflation problem is not going away. We still face a winter of discontent, with higher energy and food prices, threatening Europe particularly. Any hope that Putin will back down over Ukraine before the winter sets in is the stuff of fairyland.

So, risk-on looks likely to be replaced by risk-off, when bond yields begin to soar, and equities collapse. In a world driven by Keynesian investors, we will then need to see a switch in sentiment from a belief that higher interest rates work against gold, favouring dollar cash and short-term Treasury bills instead. But that meme might be defeated by a severe bear squeeze on gold and energy, when such considerations don’t matter. And that’s what Open Interest and Comex volumes indicate.