Today one of the greats in the business noted “A lot of indicators (in the gold market) flipped to buy signals.”

Precious Metals Correction Is Over
October 12 (King World News) – Fred Hickey:  I believe precious metals correction that began in early August is over. Sentiment washed out, COTs favorable. Big push to break 1875 (failed) on Thurs. followed by $50 gold reversal up thru Friday Gold breaks over $1900, then breaks $1907 downward sloping trend line and finally $1923.

This caused technicians who had been expecting significant further downside in gold to throw in towel late in the day on Friday. Bearish on gold (short-term – but long-term bullish) technical analyst Gary Savage shocked his many followers Friday by saying he was a buyer again…

At 3:57PM on Friday afternoon (just 3 minutes before the close), market timer Tim Ord, publisher of “The Ord Oracle” put out this email:

“For monitoring purposes: Long GDX on 10/9/20 on close. A lot of indicators flipped to buy signals.”

For comparison purposes, during the heyday of the great 2000s gold bull, AEM traded orders of magnitude more shares. For example in first 10 weeks of 2009, AEM traded between 26 million to 35M shares every week. For past 2 weeks AEM’s share trading was just 5 million each week.

So there are not many sellers at these prices going into what should be blow-out earnings results over next few weeks from the miners with gold up $200 in Q3 vs Q2 & up $400 from yr ago. Plus, many mines shut during Q2 -not so in Q3. Fabulous EPS, cash flows and dividend hike talk. 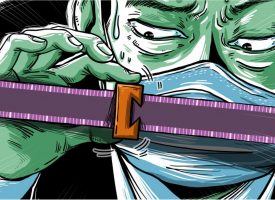