WILD TRADING DAY ON THE DOW: Gold Update, Plus Look At What Just Spiked The Most Since The Oil Related Blow Up In 2016

On the heels of the Dow wiping out a more than 900 point gain before turning around and rallying more than 900 points, while the US dollar and oil rally, here is a gold update, plus look at what just spiked the most since the oil related blow up in 2016.

Contrarian Rally
March 10 (King World News) – Peter Boockvar:  Well, if there was to be a contrarian sentiment set up for a rally after yesterday’s plunge it was the closing CNN Fear/Greed index which ended the day at just 3 out of 100. It was 3 in late December 2018. https://money.cnn.com/data/fear-and-greed/. According to my friend Helene Meisler, the Daily Sentiment Index ended yesterday at just 5 for the SPX and 4 for the NASDAQ, meaning that there were 95% bears for the SPX and 96% for the NASDAQ. Keep in mind though, these are short term indicators and are only relevant for the coming days/weeks…

We know that when highly levered balance sheets (thanks Fed for the encouragement for that) meets an economic slowdown, that is a difficult combination and here is a visual of the 90 bps spike yesterday in junk bond yields to 6.41%, the highest since the last oil related blow up in 2016.

Virus Outlook
With respect to the virus and the hopes that warmer weather come Spring time will end it at least until next fall, I continue to take solace in the very low numbers out of Southeast Asia and Brazil, all countries that have temperatures in the 80’s with humidity. Singapore, Vietnam, Indonesia, Malaysia, Thailand, the Philippines, and even India, Taiwan and Brazil barely have any people that have been infected. I’m of course assuming the numbers I see are accurate and that they’ve been testing.

Global Yields
Along with the selloff in US Treasuries in response to the rise in oil prices and bounce in global equities, yields are rising in Asia and Europe too. As Italy has taken the drastic step of shutting down, and thus hopefully getting to resolution sooner rather than later, the 10 yr BTP yield is lower by 13 bps. The dollar is also reversing its downward moves against the euro, yen and pound and rally against EM currencies.

Gold
Ole Hansen, Head of Commodity Strategy at Saxo Bank:  Gold is showing signs of fatigue as stocks rally and real yields rise. So far the first level of support at $1649/oz has held. The big question is whether the stock market rout is over? We do not believe it is. Silver and platinum both narrowing their discounts (see below). 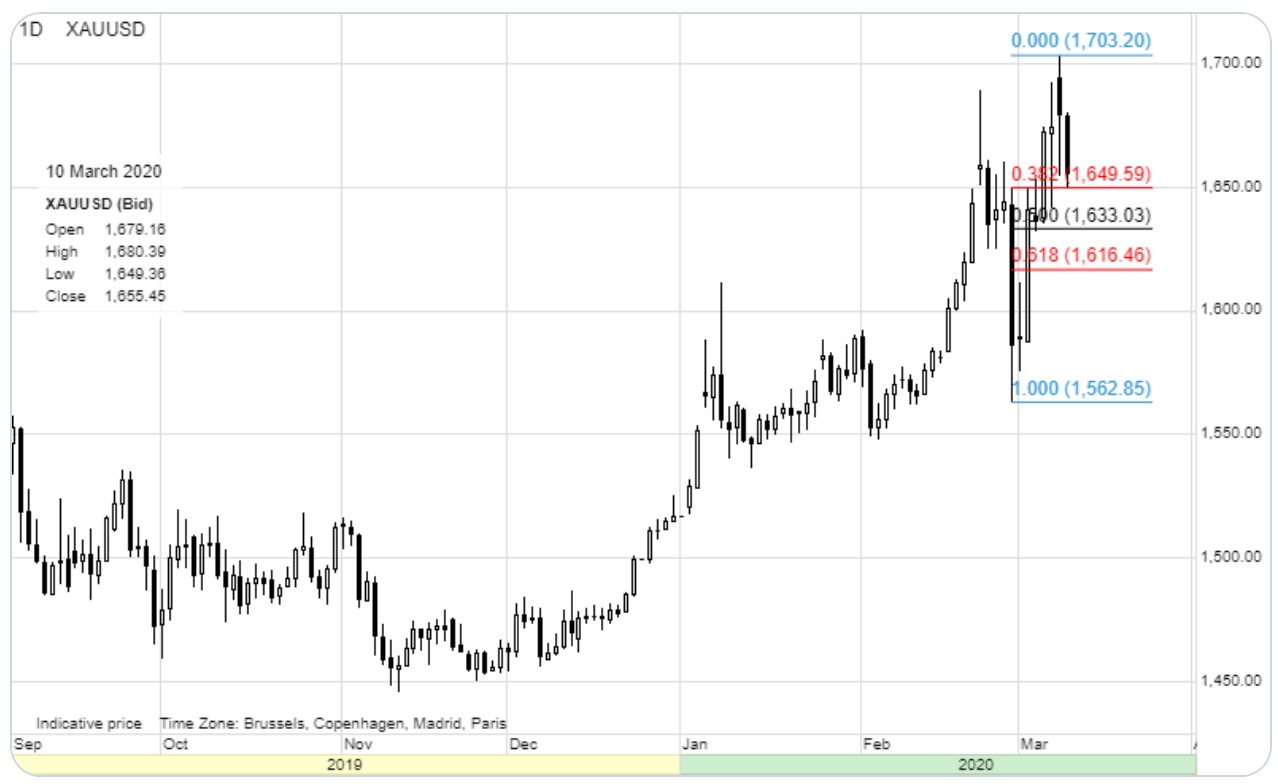 Look At How Much Personal Incomes Have Plunged! Cheap Money, “Hopes & Dreams,” Plus Commodities Are Booming!

All Hell Is Now Breaking Loose In Europe!