The price of gold is surging $30 and silver is soaring more than 4% but look at what is getting scary.

The Scary Drop In Yields And Gold’s Surge Above $1,500
August 7 (King World News) – Peter Boockvar:  “After a 1.5% m/o/m decline in the June German industrial production figure vs the estimate of down .5% with declines widespread in manufacturing, mining, intermediate goods, capital goods, consumer goods and energy, German bund yields are sinking again and taking yields across the region with it. The y/o/y decline in IP of 5.2% is the 10th month in the past 11 and is the biggest since November 2009. The German Economy Ministry said manufacturing “remains mired in a downturn.”

“The Drop In Yields Is Getting Scary”

Is It Any Mystery Why Gold Is Above $1,500?
Commerzbank reported earnings that missed estimates and its stock is falling to the lowest level since I have data going back to 1992. It’s down 98% from its 2007 high. The Swiss 10 yr is dropping to -1.0%, the Spanish 10 yr is now just .15% and France is down to -.34%. US Treasury yields are getting dragged lower in sympathy. The already epic global bond bubble continues to inflate further and I think it’s really scary to watch. Is it any mystery why gold is now above $1500?

The Reserve Bank of New Zealand cut its benchmark rate by 50 bps surprisingly to 1% because the market was only expecting 25 bps. Will they stop here? Of course not as the New Zealand Governor said “It’s easily within the realms of possibility that we might have to use negative interest rates.” I guess because it’s worked so well for Europe and Japan? The New Zealand dollar is falling to the lowest level since January 2016 vs the US dollar. Their 10 yr yield is plunging by 14 bps to 1.16%.

The Bank of Thailand and Reserve Bank of India also lowered interest rates as central banks are desperately trying to offset the weakness in global trade and manufacturing. Lever up they are saying, even more. It won’t work unfortunately because we are already levered up…

Five days of selling last week in US stocks and not even capturing Monday’s selloff sent the number of Bulls lower by a sharp 9.1 pts to 48.1 according to Investors Intelligence. Amazingly though people are still afraid to be bearish (the Fed has brainwashed everyone into not being one) as Bears rose just .8 pts to 17.9 and still less than 1 pt from the lowest level since March 2018. So the Correction side took most of the Bulls as they jumped to 34 from 25.7. I’d normally say the drop in Bulls is a good thing and a set up for a nice bounce in stocks but without a jump in Bears, I can’t say that yet.

The lowest average 30 yr mortgage rate since November 2016 at 4.01% was not enough to help the purchase of a home as the MBA said applications fell 2% w/o/w, down for the 4th straight week and are now at the lowest level since March. While they are still up 6.5% y/o/y, I’d expect a much greater level of sales considering that mortgage rates are down 80 bps y/o/y. Refi’s continue to be the only notable response to the drop in rates as they jumped 12% w/o/w and 116% y/o/y.

PBOC Expending Reserves
Lastly, China said its July FX reserves totaled $3.104 Trillion, slightly below the estimate of $3.105 Trillion but down from $3.119 Trillion in June. They continue to increase their pile of gold, buying about 10 tons in July after purchasing 84 tons in the prior 7 months. The fear in China with the new leg lower in the yuan is the possibility of greater capital flight but that would be in the August data if its started again in earnest. We’ll also see if the PBOC is expending reserves to stem the pace of yuan decline. The yuan fix was a touch lower and the yuan is trading down, both onshore and offshore.

KWN will be releasing many articles today…For now

Kyle Bass Plus A Look At Gold
READ THIS NEXT! Kyle Bass – It’s A MASSIVE “Can’t Pay,” Plus Expect This To Propel Gold Even Higher And One Of The Reasons Gold Is At 6 Year Highs CLICK HERE TO READ

The KWN audio interview with Egon von Greyerz has been released and you can listen to it by CLICKING HERE OR ON THE IMAGE BELOW.

Gold Will Surge Another $225, Another Day Another Record, Plus A Stunning Chart CLICK HERE TO READ

Expect Big Upside Moves In The Gold Market To Continue, Insanity, Plus The Chart Of The Day CLICK HERE TO READ

As Dow Plunges 600 And Gold Surges $30, This Is Truly Amazing CLICK HERE TO READ 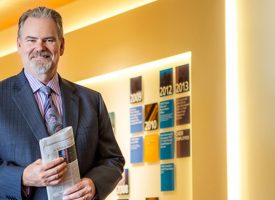