With the Dow plunging and gold surging, one of the greats says gold and silver are headed much higher, plus fed will be forced to cut rates again very soon.

Gold & Silver To Head Much Higher
March 5 (King World News) – Peter Boockvar:  The euro is higher but the dollar is weak also against the pound and yen as well. The euro heavy dollar index is at the lowest level since early January but the dollar is higher against the commodity currencies and other Asian ones today. That weaker dollar index, along with lower real rates has gold back above $1650 and I still expect it to go higher and silver to catch up.

Look At How Badly Silver Has Lagged Gold
Highlighting how badly silver has lagged gold, the ratio between the two hasn’t been this high in decades. Silver spends some days treated as a precious metal and others as an industrial metal weighed down by growth concerns. I expect this ratio to close (via higher silver prices) and it being back to being referred to as a precious metal. (See below).

Gold/Silver Ratio Most Stretched In History

Concerned About Gold COT Report?
Ole Hansen, Head of Commodity Strategy at Saxo Bank:  “Perspective: A record speculative long in COMEX gold has raised concerns about a sharp pull back. However looking at the gross long relative to the size of the cake, i.e. the Open Interest, we find it not to be the case (see below).

COT Report May Not Be Signaling Gold Selloff 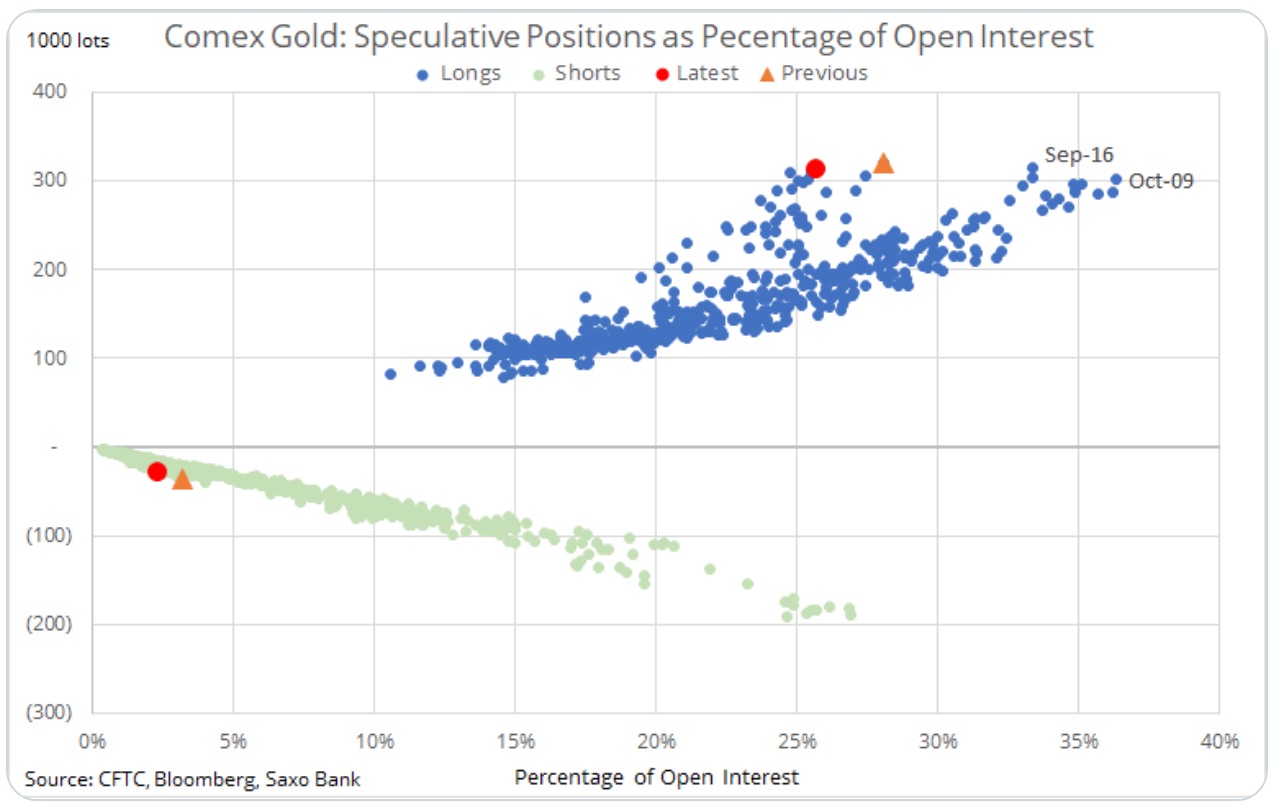 Fed Will Be Forced To Cut Rates Again Very Soon
Alasdair Macleod:  “I’m now convinced the Fed will have to cut the FFR to 0.5% – 0.75% very soon, because prime brokers need it to fund inventory. If so, that would push gold well over $1700 in the short term.”