With the Dow approaching 20,000 and the precious metals markets on the move, today King World News is pleased to present an important update on the war in the gold market from Michael Oliver at MSA. Oliver allowed KWN exclusively to share this key report with our global audience as we kick off the first week of trading in 2017.

By Michael Oliver, MSA (Momentum Structural Analysis)
January 4 (King World News) – MSA specified that if the selloff in gold (using nearby active future) traded low as $1119.60, that would cause us to shift to “neutral.”  Instead the selloff halted in the low $1120s in December and today reached into the $1160s in a rebound.  We remain long-term bullish…

We realize that many gold analysts thoughts gold was en route to its prior lows (of 2015) or lower. MSA was focused instead on the top end of the prior momentum base at 8% below the 3-year average/zero line. That was the structurally important feature for us in February when gold’s annual momentum broke over that red horizontal line, and we believed that structural level needed to hold as support in the recent decline. 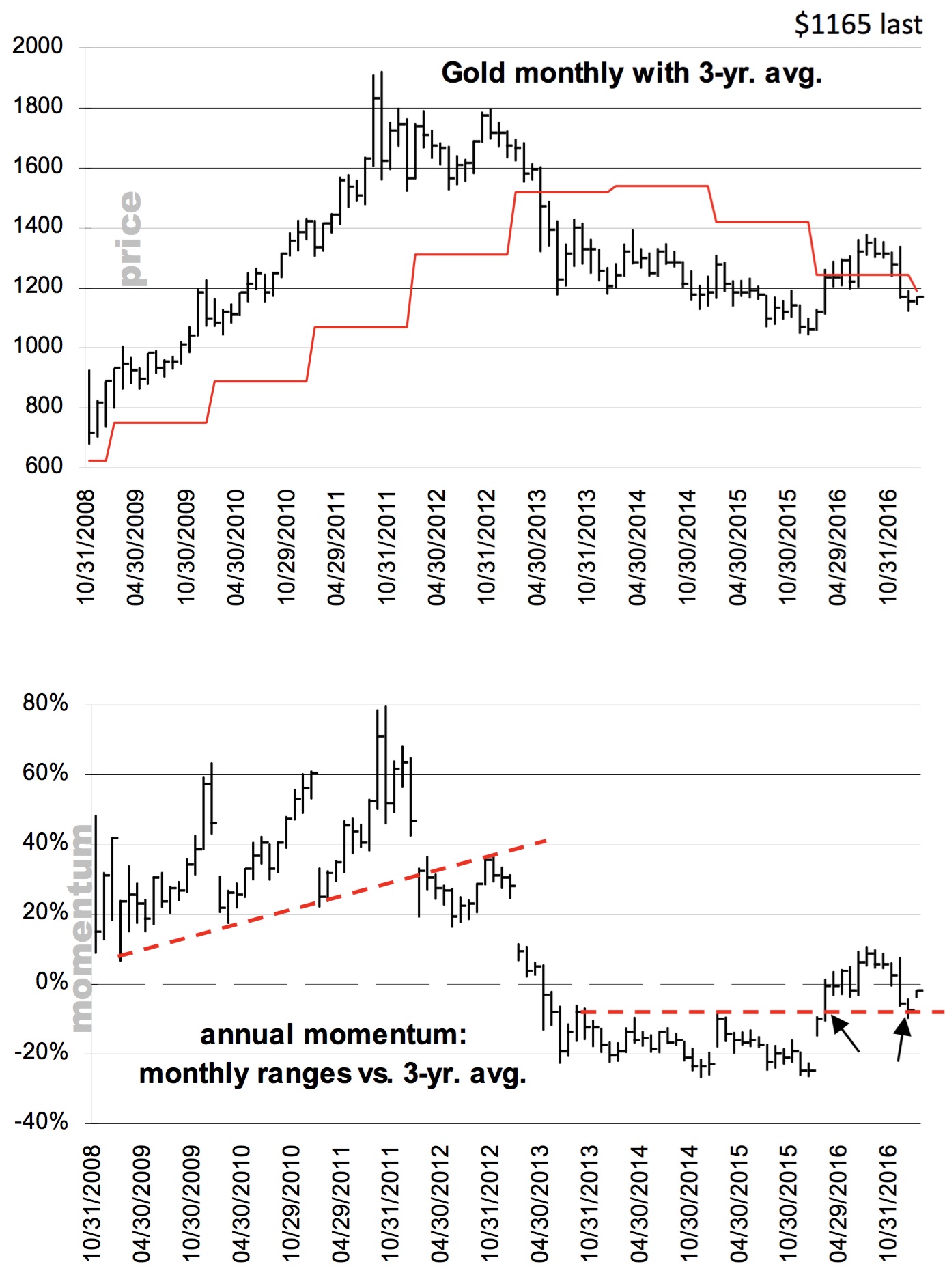 For a different way of looking at this same momentum chart, see the point and figure chart below. 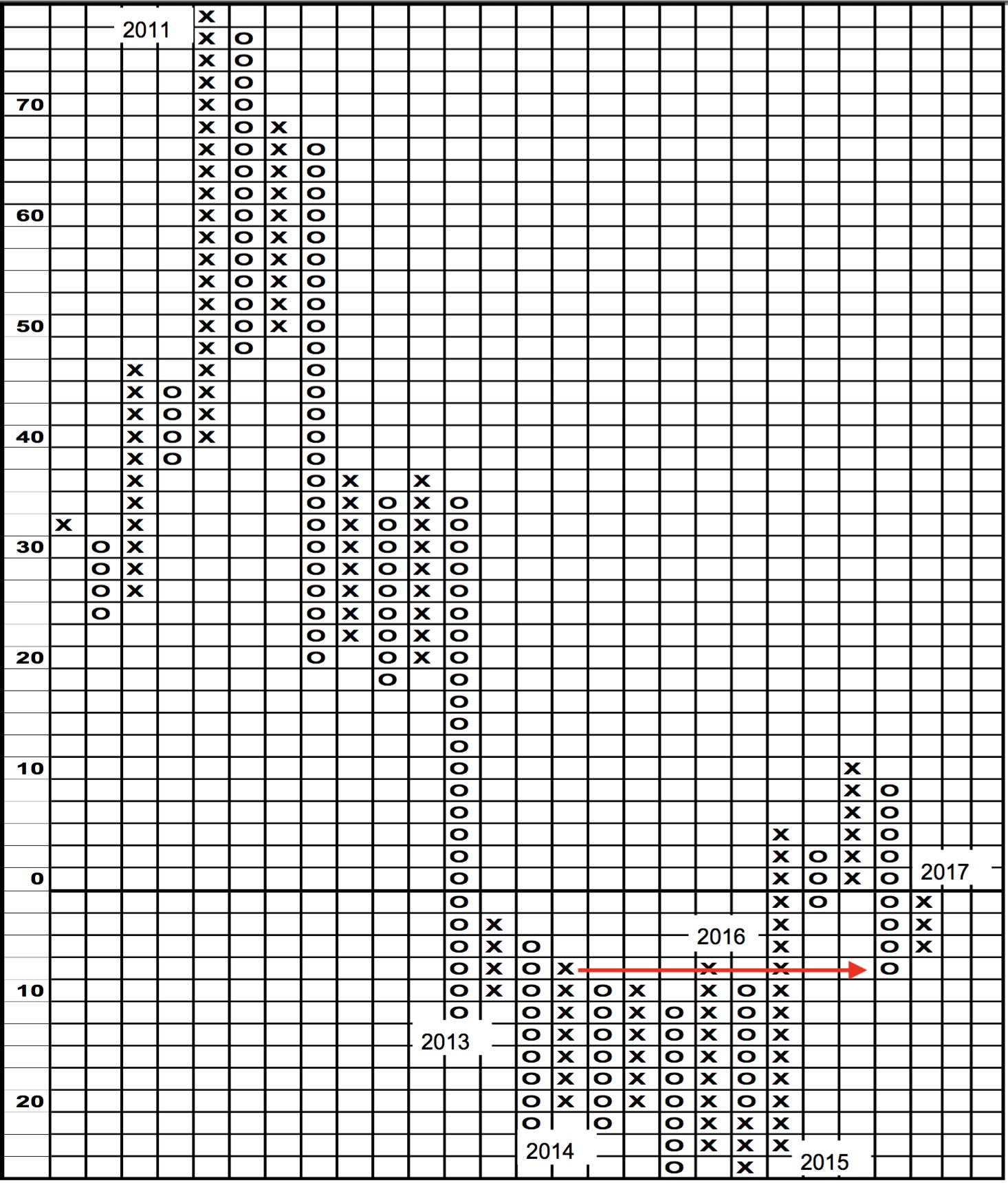 Annual momentum of gold (in 2% increments with 3 block reversal)
As you can see, the recent selloff (at the end of the arrow) halted at -8%, matching the prior momentum peaks at -8% that defined the top end of the couple year wide base. With today’s action three upticks to -2% have occurred.

Had gold touched $1119.60 in the selloff last year the column of momentum downticks that halted at the -8% level would have extended to -10%. That was where we would have drawn the line between bullish and neutral. Did not occur. Now we have a reassuring set of upticks today.

Looking at trend metrics of gold, not show, while the current situation is optimistic, we would be fully confident of having seen the low with any monthly close back over $1190.

“Having see the low” does not translate into instant buy and a runaway on the upside. There is likely to be “work” that needs to be done, but work that does not entail any return to the lows seen in December.

Restating our view from a year ago, the better place to be in the gold market remains the gold miners.