Gold & Silver Short-Term Outlook, Another Record, And A Remarkable Call

Here is a short-term outlook for gold and silver, another record, and a remarkable call.

Suddenly…
February 22 (King World News) – Stephanie Pomboy:  Suddenly my call that the fed won’t get off a single rate hike … is looking less crazy.   Please remember you heard it here 1st when all the Johnny come lately’s clamor on to my one woman bandwagon.

Consequences Will Be Severe
Graddhy out of Sweden:  The inflation we are experiencing now is grounded in debt and a currency debasement war, and not demand because of a healthy economy. This means the consequences will be different and much more severe this time around. Changing fiat paper currency for hard assets is the way to go. 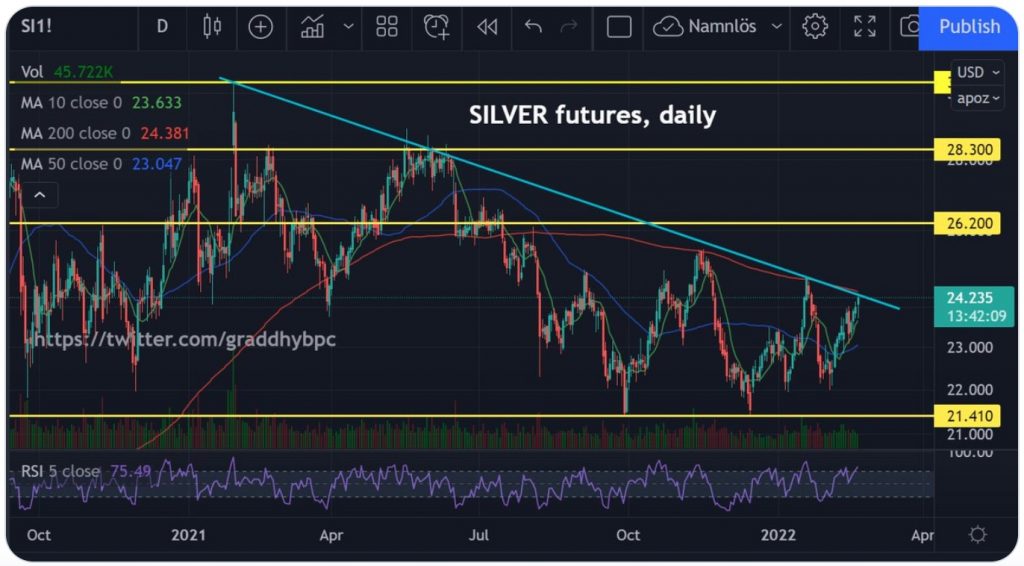 You Have To Believe
Graddhy out of Sweden:  When markets do a trend reversal, it is vital to also change the mindset. One cannot trade a bull with a bearish mindset. If you constantly doubt the bull, you will not be able to change mindset. You have to believe in the bull or you end up being a victim of the wall of worry…

Gold
Ole Hansen, Head of Commodity Strategy at Saxo Bank:  Gold trades above $1900 with focus on momentum, diversification and geopolitical tensions. A band of resistance between $1917 and $1923 now awaits with key support at $1877. 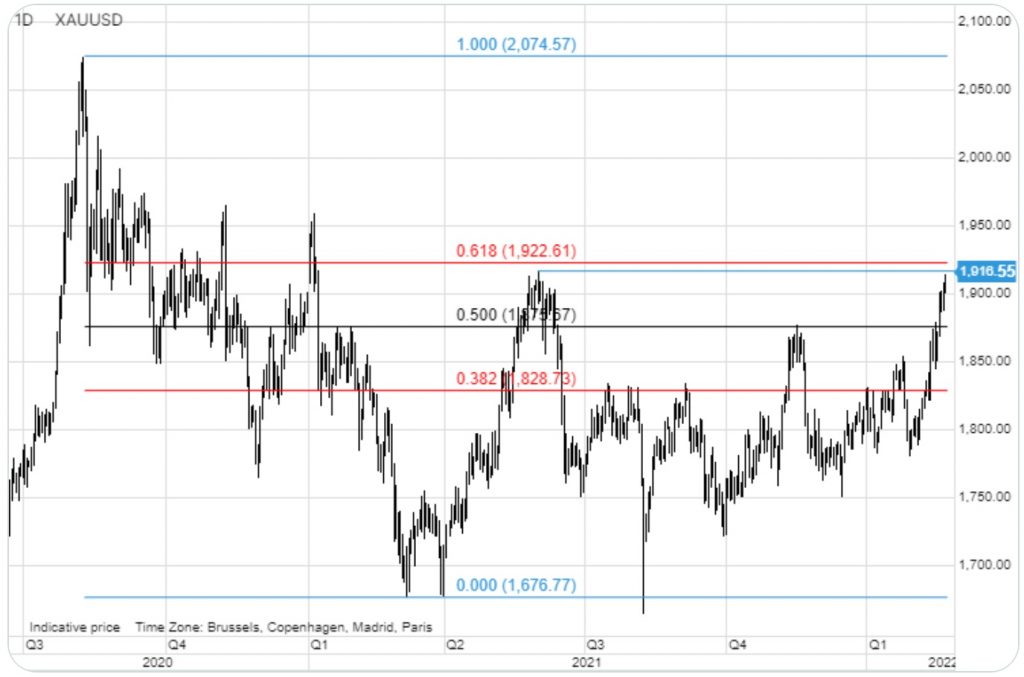 Another Record!
Ryan MacIntyre:  Maverix had another successful year in 2021, recording over 32,000 attributable gold equivalent ounces sold, which exceeded its guidance and established a new company record, for the fifth consecutive year. Maverix is also anticipating it will have another record year in 2022 as new royalties begin paying. Orla Mining announced its first gold pour at its Camino Rojo mine, where Maverix has a 2% royalty, which is expected to add 6% to its current revenue base.

20% Increase In Revenue
Also, Centerra Gold announced this week that it has agreed to acquire the Goldfield District project in Nevada where Maverix has a 5% royalty on the Gemfield deposit. With this acquisition Centerra is forecasting first production from Gemfield in 2026 and this royalty will add approximately 20% to Maverix’s revenue.

And, Eric, if people believe the metals are headed higher than Maverix will unquestionably benefit, as its 90% margins are inflation-protected and it has a significant and growing portfolio that will benefit from the higher prices…Maverix Metals, symbol MMX in Canada and the US.