First, here is just a small portion of Jason Goepfert’s internationally acclaimed work:  "The latest Commitments of Traders report showed a disappointing development for those looking for stabilization in crude oil.  The commodity is oversold by nearly any objective measure, but "smart money" hedgers still aren't buying aggressively (see chart below). 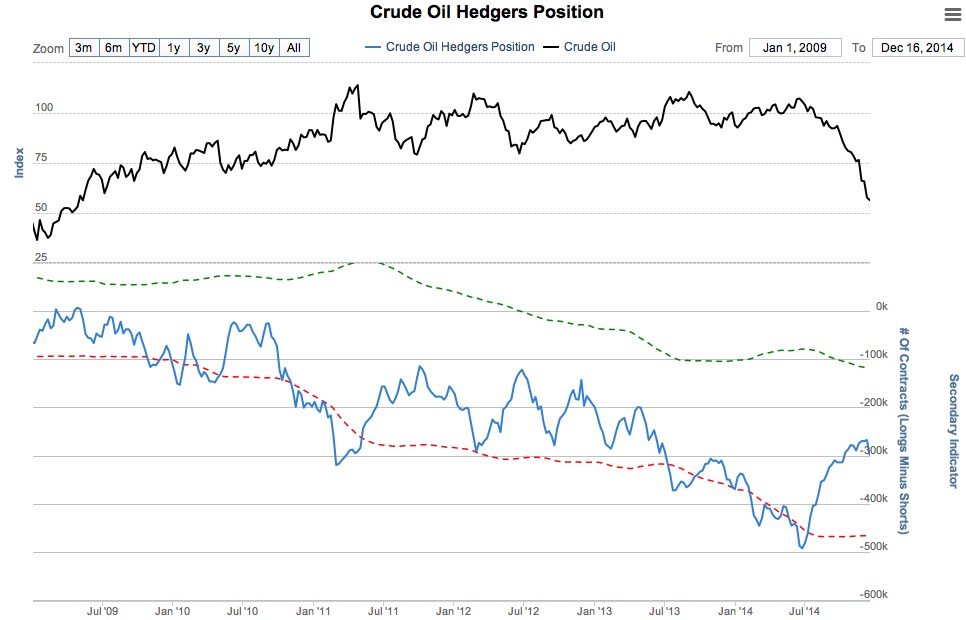 SentimenTrader continues:  "This past week they actually showed the largest reduction in exposure among any commodity (using the absolute number of contracts, and not as a % of total open interest).  That's disconcerting." To try a free 14-day trial of the internationally acclaimed work that Jason Goepfert produces at SentimenTrader simply CLICK HERE.

Also, this from Investors Intelligence on the energy sector is quite fascinating, especially the charts:

Yesterday the S&P 500 Energy (S5ENRS) sector had one its best daily moves for quite a few years, up by 4.2%, the top performing area as the whole market reversed trend. Some relative weakness today but that is only natural given the size of the rally yesterday.

The long-term price chart shows that trading this week has found lower support of a rising four year trend channel. Additionally breadth is deeply oversold, as measured by energy stocks in P&F bull trends, more so than the recovery in Q3 2011.

Now is a favorable level to buy the sector ahead of a likely reassertion (see chart below). 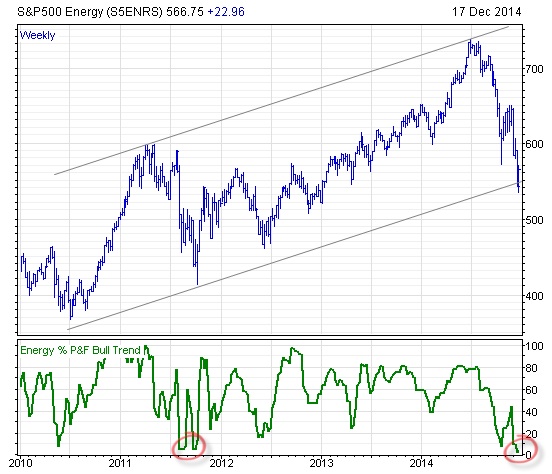 The Energy (S5ENRS) sector versus the S&P 500 Transportation Index (S5TRAN) is down to potential support drawn across from the 2002 low. Just beneath that level is support from the 1998/1999 lows.

Given the oversold condition for the ratio, deduced from the sheer decline over recent months, we would expect a floor around current levels. Investors should look to be rotate out of overbought transport stocks and move into energy shares (see chart below). 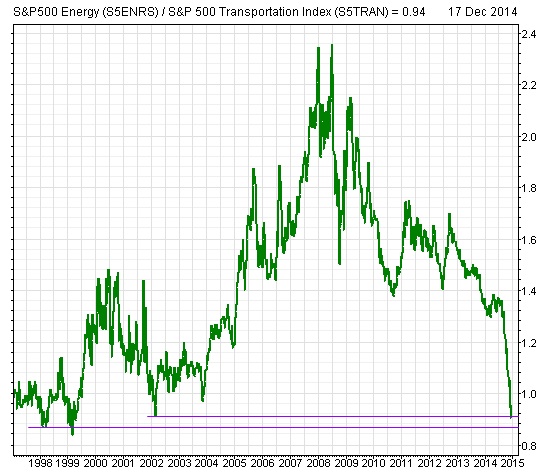