Gold and silver continue to shine as Theater of the Absurd continues, plus Tom McClellan on stock market reversal.

Within hours KWN will be releasing an important audio interview with Egon von Greyerz! Until then… 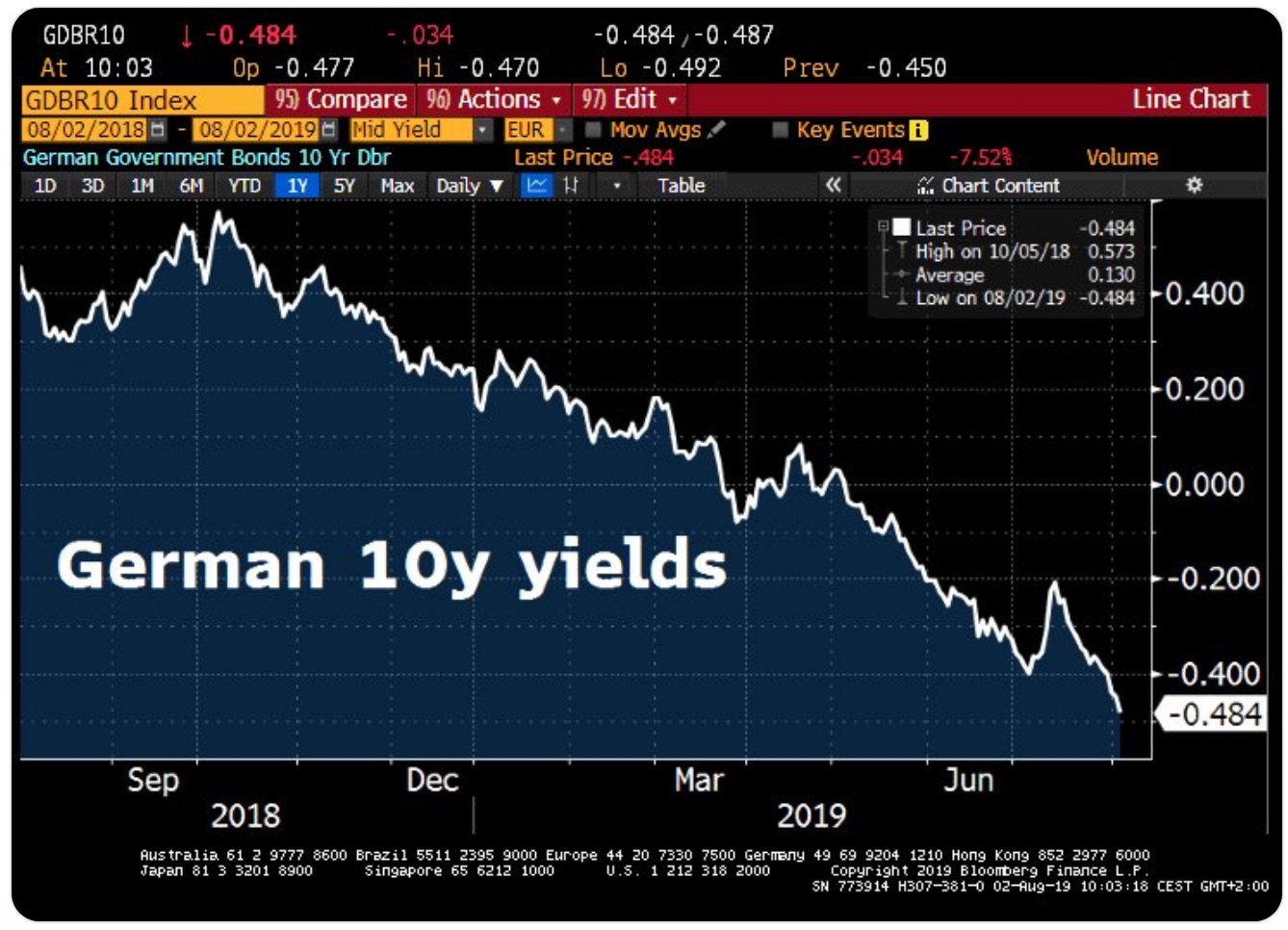 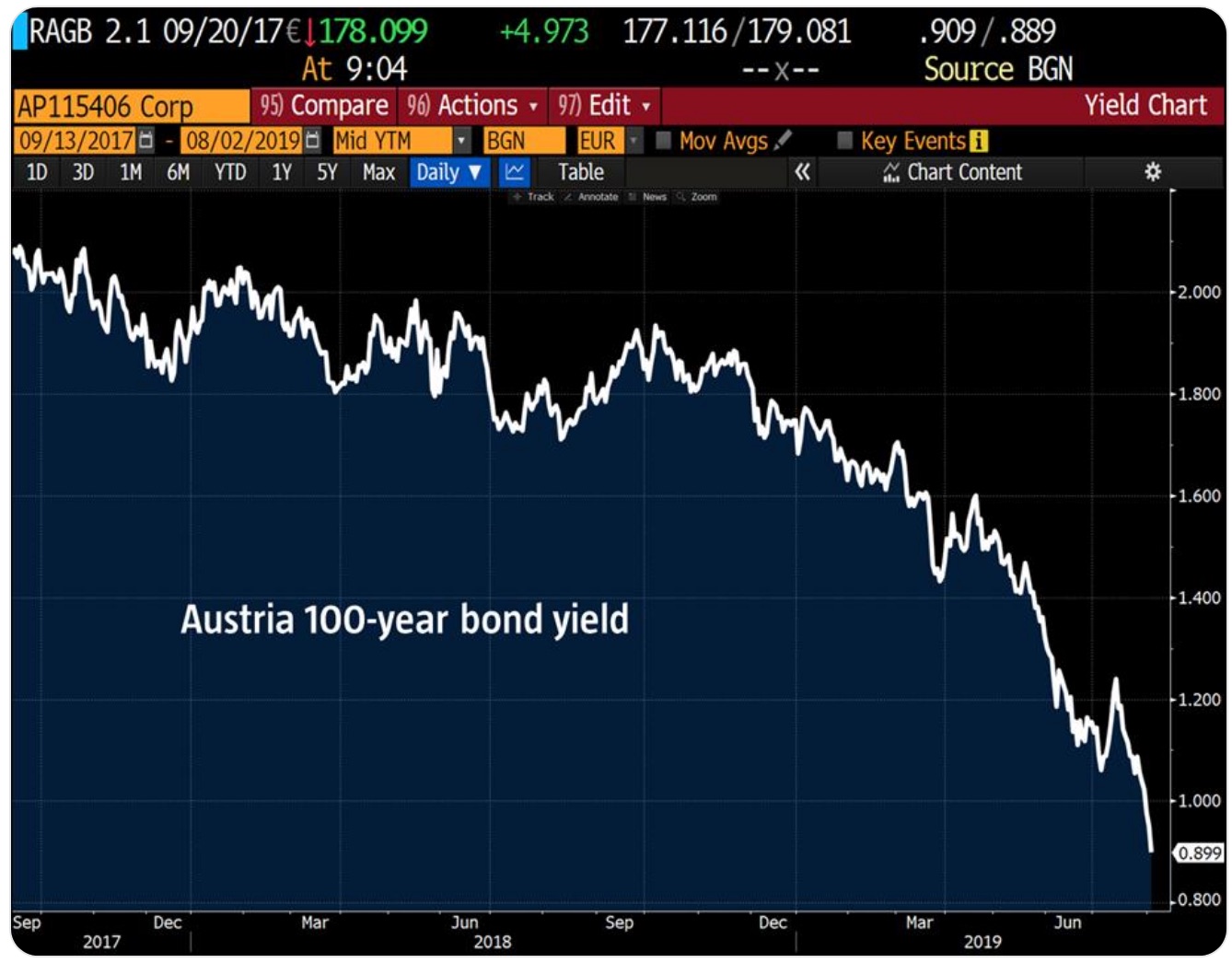 Incomes And Inflation
Lawrence McDonald, Former Head of Macro Strategy Societe Generale:  “Incomes are up 14%, housing 290%, college tuition 311%. Filling the gap between earning and spending is an explosion of finance into nearly every corner of the consumer economy.”

Gold Action Very Bullish
Graddhy out of Sweden:  “Gold is giving us perfect 2h TA here. Look at how price respected my trend lines and painted the chart. It was Fed that brought it back into my black triangle but the day after, gold gave Fed the finger and came right back up again. (See chart below).

Attempts To Take Price Of Gold Lower Are Failing 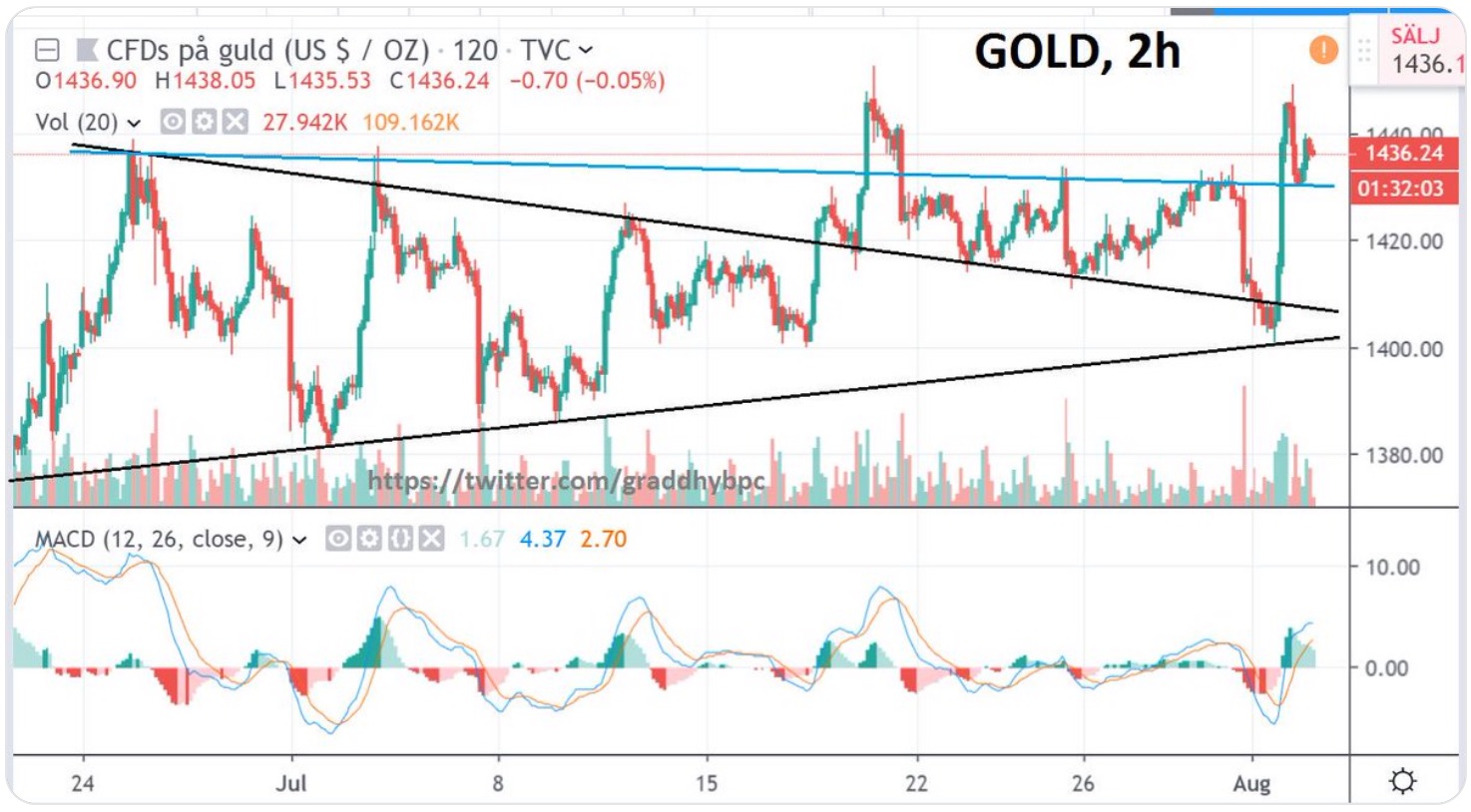 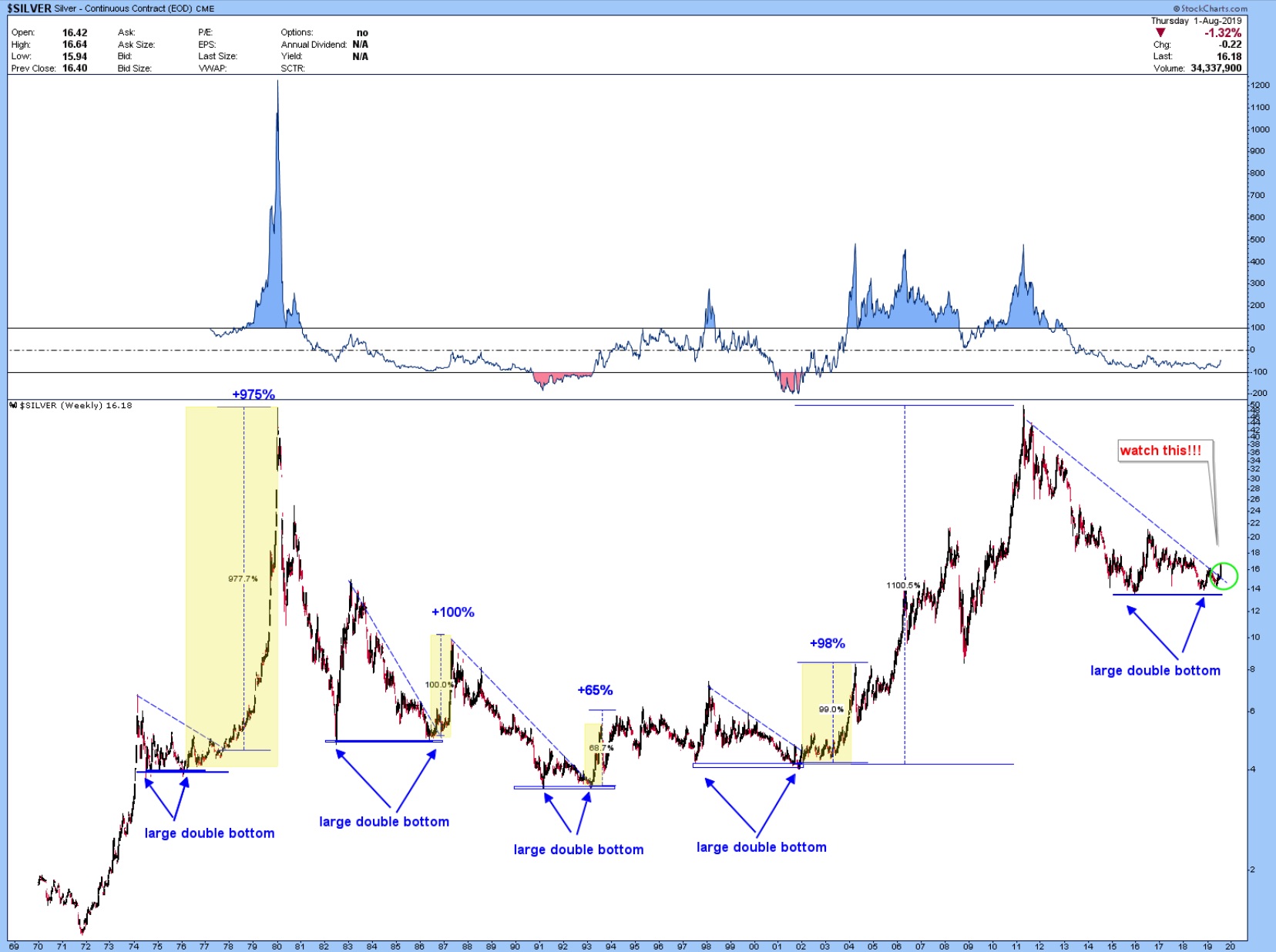 Plus something from Tom McClellan…

Quiet McClellan Oscillator is a Tell For a Top
Tom McClellan:  Quietness is a sign of trader complacency, and thus of a topping condition for prices.  Quietness manifests itself in a variety of ways, and can be measured also in a bunch of different ways.  Most often, chartists will use Average True Range (ATR) to look at what prices are doing.

This week’s chart was featured in a recent issue of our Daily Edition, calling attention to the condition which now appears to be starting to matter.  It borrows from the idea of ATR, but applies it to the McClellan A-D Oscillator instead of prices.  Since the Oscillator is an end-of-day indicator, we don’t have to worry about the intraday range as we would for prices.  Through some experimentation, I have found that 15 trading days makes for a useful lookback period. 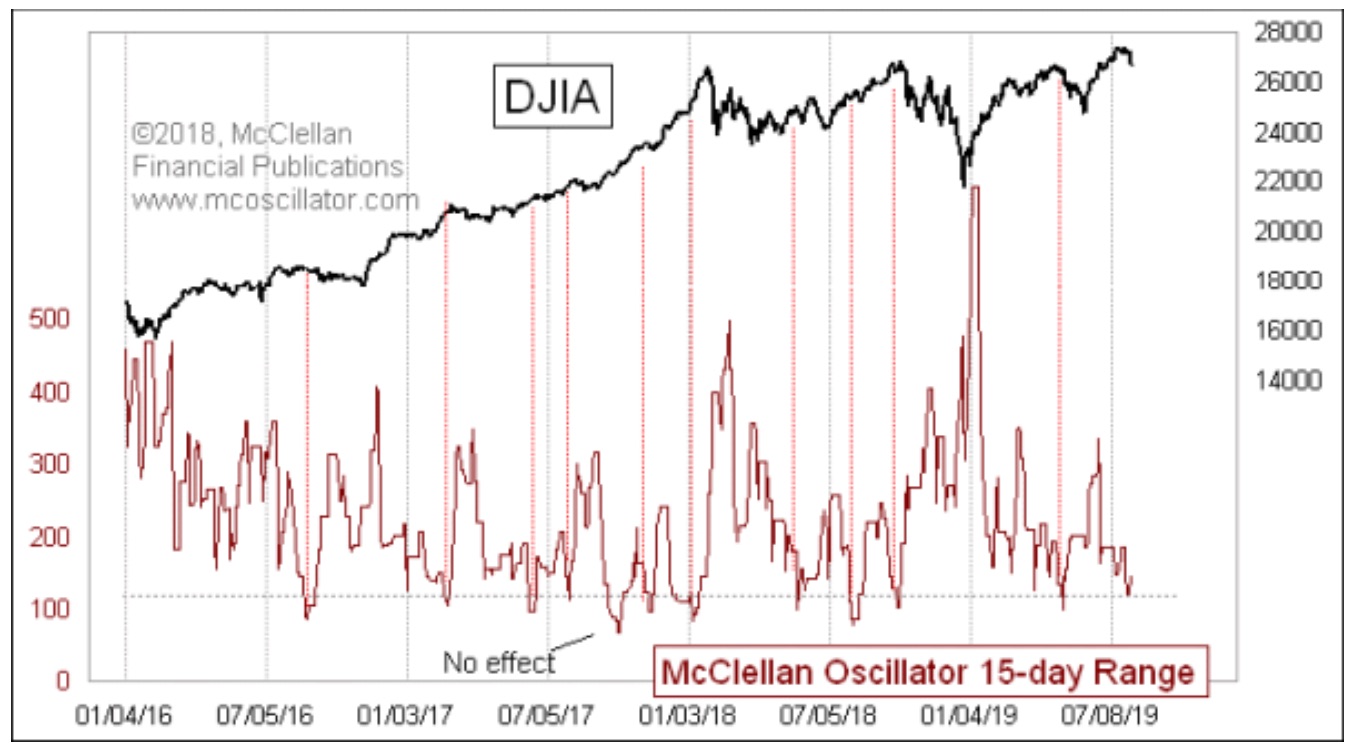 That low reading was telling us that traders were feeling too complacent to do much work moving prices anywhere, a condition which also resulted in quiet Oscillator readings.  Most of the time, such very low readings for this 15-day range indicator are associated with meaningful price tops, but not always.

There was one example back in September 2017, when we saw a really low reading for this indicator had no effect on the progress of the uptrend.  Chalk that up to the notion that nothing works all the time.

We are now seeing stock prices starting to drop, as called for by the low indicator reading.  It took a while to “work”, and the FOMC helped when they disappointed with only a quarter-point rate cut.  The small range of Oscillator values over the prior 3 weeks did not “cause” the price drop we are seeing now.  It just revealed a ripe condition which set up the events we are now seeing unfold.

Within hours KWN will be releasing an important audio interview with Egon von Greyerz!

READ THIS NEXT! ALERT: Schiff Says This Could Send The Price Of Gold Above $1,500 Tomorrow! Plus More On Gold And A Shocking Look At Today’s Chaotic Trading In Global Markets CLICK HERE TO READ

Price Of Gold Spikes Near $1,450 And Odds Of Another Rate Cuts Spike To 95%! CLICK HERE TO READ

Celente – Fed Cuts But Monetary Insanity Keeps Gold Above $1,400 Near Breakout That Will Send Gold To $2,000 CLICK HERE TO READ

Greyerz Just Warned Central Banks Are Now In Panic Mode, Worried The Financial System May Disappear Into A Black Hole