Look at what the criminal syndicate of bullion banks were up to in the silver market.

June 16 (King World News) – The always corrupt bullion banks shorted the hell out of silver ahead of yesterday’s takedown.  For those keeping score, it was the single largest one week of short selling in history (see chart below). 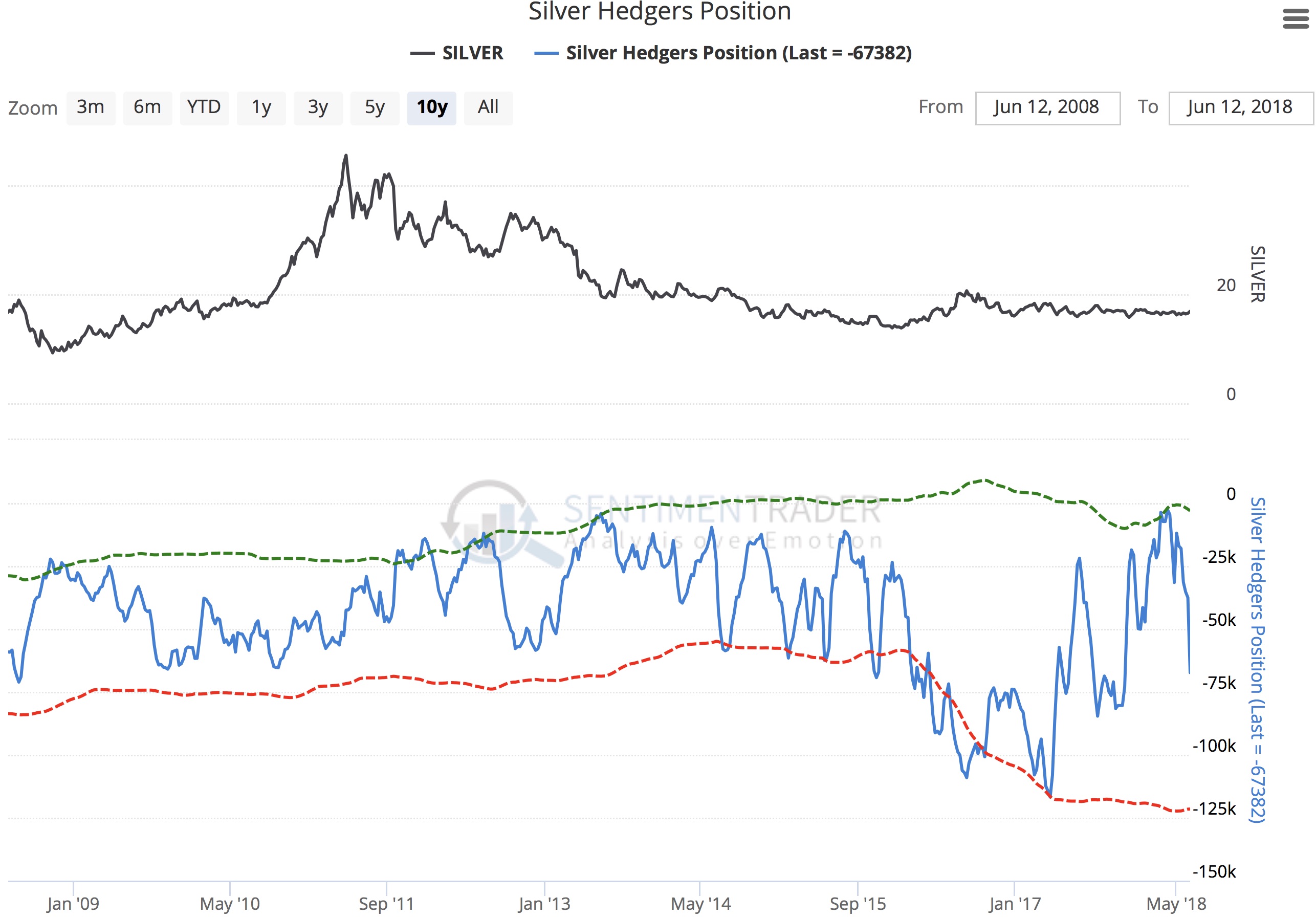 Obviously that proved to be great timing ahead of yesterday’s orchestrated takedown.  The bottom line is that it is great for business when you operate in the markets on behalf of Western central banks and governments.  It will be very interesting to see how many longs capitulated into yesterday’s takedown as the bullion banks made big profits on the silver smash.  ***To listen to the timely KWN audio interview with James Turk that discusses the smash in the gold and silver markets CLICK HERE OR ON THE IMAGE BELOW.