Massive inflation is now colliding with deflation. One thing is certain, this chaos will be extremely bullish for gold.

Bonds, Currencies and Gold—Playing Three Moves Ahead
November 6 (King World News) – Matthew Piepenburg, Partner at Matterhorn Asset Management:  Below we examine the importance of playing ahead of the ball as markets point in dangerous yet obvious directions.

More Quacking from the Treasury Ducks
Last week, former Fed-Chair-turned-US-Treasury Secretary (ah monetary politics…), Janet Yellen, told reporters that her office is “very focused” on Uncle Sam’s IOUs, and even confessed concern regarding “episodes of illiquidity” wherein it has been difficult to buy or sell US Treasuries, especially in large amounts.

Ultimately, however, the whizz kid Yellen does not “see problems at this point in the U.S. Treasury Markets.”

Hiding Bond Liquidity with Verbal Liquidity
As we have been warning for months, these “episodes of illiquidity” are more than just a concern, they are undeniable evidence that the world is running out faith in Uncle Sam’s bloated bar tab after years of monetary addiction to mouse-click money to pay for (monetize) the so-called “American way.”

In short, when GDP, tax receipts and good ol’ fashion productivity and trade surpluses no longer work, the US has become good at just borrowing and printing, a tactic (i.e., charade) that bought time, votes and even an appallingly ironic Noble Prize for Bernanke, but a ruse for which the rest of the world is now losing faith after years of importing American inflation.

In short, less and less of the world wants more and more of Uncle Sam’s sovereign debt, which means USTs are falling and hence yields and rates are rising.

And as previously reported, those rising yields are like shark fins approaching a debt-soaked global system already bleeding in the water.

Stated simply, when Yellen says she sees no problems, that’s precisely when you know there’s a problem.

Or as Otto von Bismarck (and Tree Rings) reminds: “Never believe anything in politics until it is officially denied.”

Like Minister Fouche under Napoleon, Summers blows in which ever direction the wind most suits his image.

Toward that end, he’s finally speaking of what most of us have known long ago: The US can’t afford rising rates in 2022 under Powell the way it could in 1980 under Volcker.

Thanks, again, Larry, for jumping on to the band wagon long after it’s too late.

Given the foregoing realities, double-speak and just plain dumb out of DC, the inevitable consequences of unloved Treasuries bonds as a result of unimpressive Treasury Secretaries simply means an inevitable pivot toward more printed, debased and inflationary Dollars to keep Uncle Sam from defaulting on his bonds.

But politicians are as clever foxes.  They hide their addictions (and intentions) very well.

Just More Backdoor QE Before the Real Thing
Just like politico’s can deny a recession in a recession or deny inflation during inflation, they can pretend that QE is not QE, even when it is QE.

Toward that end, we can expect the Treasury Department to start buying its own longer-dated debt (USTs) by swapping them with shorter duration T-Bills.

Officially, this is not Quantitative Easing per se, but rather a “UST buyback.”

Like the daily repo support from the Fed, in the end, such “buyback” schemes are just QE under a different mask.

Powell’s Ruse Continues
Thus, as such shell games in DC continue to hide reality behind words, the Powell Fed will continue its ruse to fight inflation the “Volcker way” and likely announce and conduct additional rate hikes in the last chapter of 2022 and the early chapters of 2023 before the inevitable pivot to more QE. 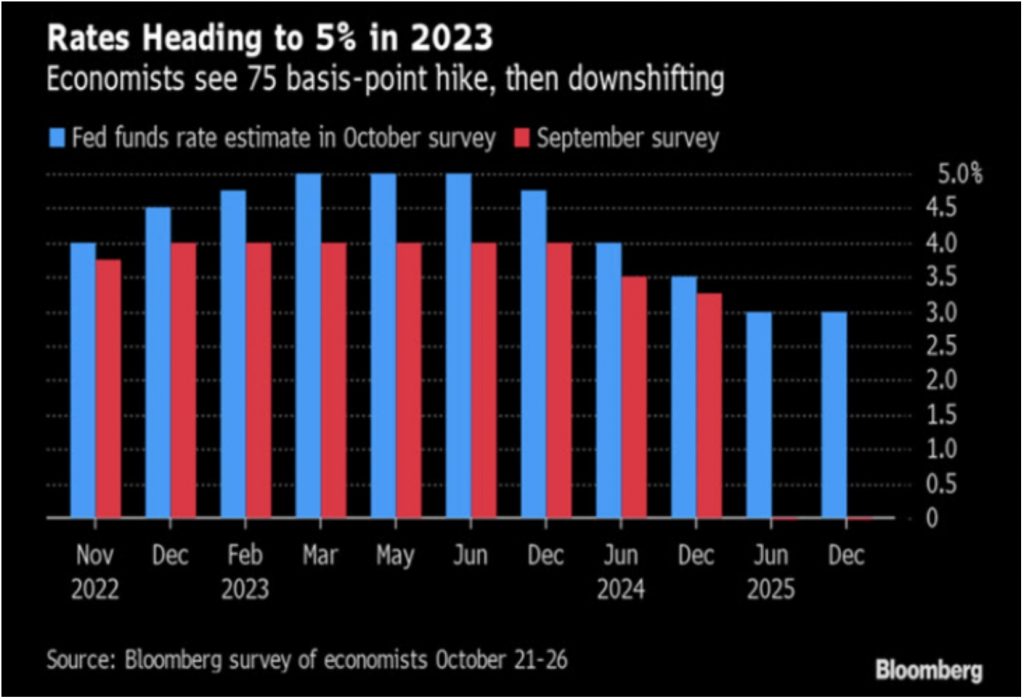 Why the near-time rate hikes?

Powell knows that when the current recession becomes an official recession, he will raise rates today so that at least have something to cut tomorrow.

And speaking of recession, the following (and inverted) yield curve is a screaming sign that’s its coming, if not already here. 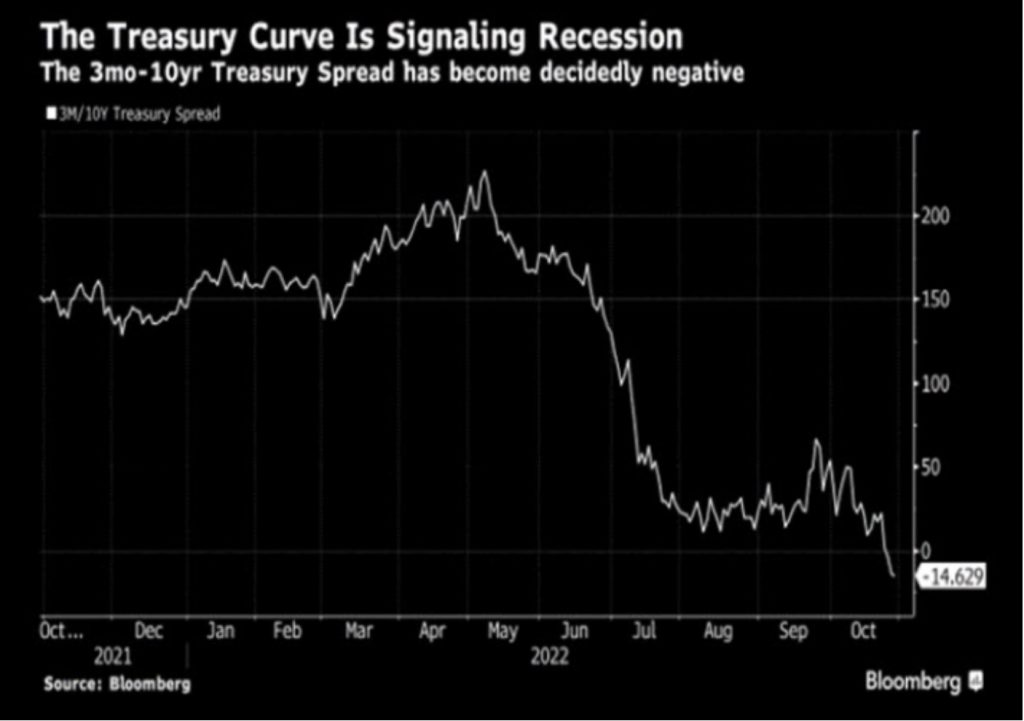 I See Serious Stagflation Ahead
As for fighting inflation, any short-term hopes of an inflation victory will end once the money printers are spinning again at full speed to buy Uncle Sam’s unloved IOUs.

This will likely occur in 2023, but frankly, who the hell knows precisely when it will rain QE money? I don’t.

The key is recognizing the storm clouds and getting an umbrella.

These inflationary realities will ultimately collide with the disinflationary forces of a long and painful (as well as Fed-engineered) recession.

Given that I see inflation as a monetary issue rather than just a bogus CPI print, the further and inflationary debasement of the USD under further QE ahead (despite the USD’s growing and ironic relative strength) will be a stronger force than a deflationary recession.

In simple terms, this means we need to prepare for (rather than debate) some serious stagflation ahead.

Toward that end, and as already implied by a number of DC insiders, we can expect the Fed to slowly alter its “target inflation” narrative from the comical 2% range to an equally comical 4% or higher range in the coming months and quarters—all of course, to be blamed on Putin or COVID rather than years of mouse-click money.

Powell, like most mediocre politicians, is ego driven rather than Main Street responsible. His main fear today is not about keeping his post, but assuring his legacy.

Secretly, Powell fears looking like another Arthur Burns, who let inflation get too hot. Thus, Powell’s public image today is about fighting inflation.

But I’m not buying it. The real goal today is to inflate away debt.

Karma’s a [email protected]&
In reality, the only way to handle $31T in US public debt is to “inflate it away” and loosen rather than tighten monetary policy once it becomes obvious that US IOUs won’t find enough buyers unless there’s a money printer to do so.

But such grotesque reliance on a money printer (i.e., money killer) is the economic Karma of too many years living on debt rather than productivity, and too many years of the US exporting its inflation to the world and clipping the wings of their own allies by making the USD too strong to repay, settle or compete.

The World Turning a Slow Back on a Fast Dollar
Toward this end, and as forewarned too many times to count, the rest of the world (I.e., the BRICS) is either turning away from the USD (slowly but surely) or turning toward their currency-debasing money printers (think Japan and the UK yesterday and the ECB and the Fed tomorrow).

Meanwhile, Saudi Arabia is looking more toward China and less toward Biden to improve energy cooperation.

As warned, the Petrodollar system, so critical to the USD’s eminence (i.e., forced demand) in the world, is going to slowly unwind as Saudi starts accepting yuan rather than USD for its oil.

So yes, the world (and Dollar) is changing, and fast…

Poor Germany
Tomorrow, for example, I’ll be heading for Munich, where inflation is already at 11.6% in a country which is considered Europe’s most reliable creditor.

But even Germany can’t seem to find any buyers for its bonds as it scurries to raise $200B to pay for rising energy costs handed to them by their blind support of American sanctions against Putin in yet one more of a long list of American proxy wars on other peoples’ land.

But who wants to buy a German bond when the inflation rate is running some 900 basis points above the average interest rate, which means buyers lose 9% of their return to inflation the moment they bid?

In short, the reality of negative real yields is not only hitting the face of the US, but Germany as well. 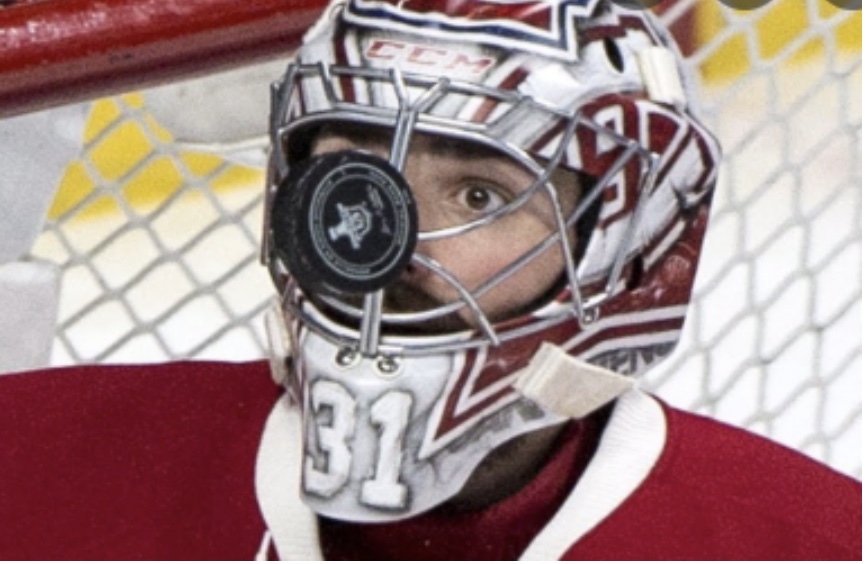 Gold: Play the Direction of the Ball
Of course, all of these trends point not to where the golden polo ball or hockey puck sits currently, but toward where the ball or puck is headed… 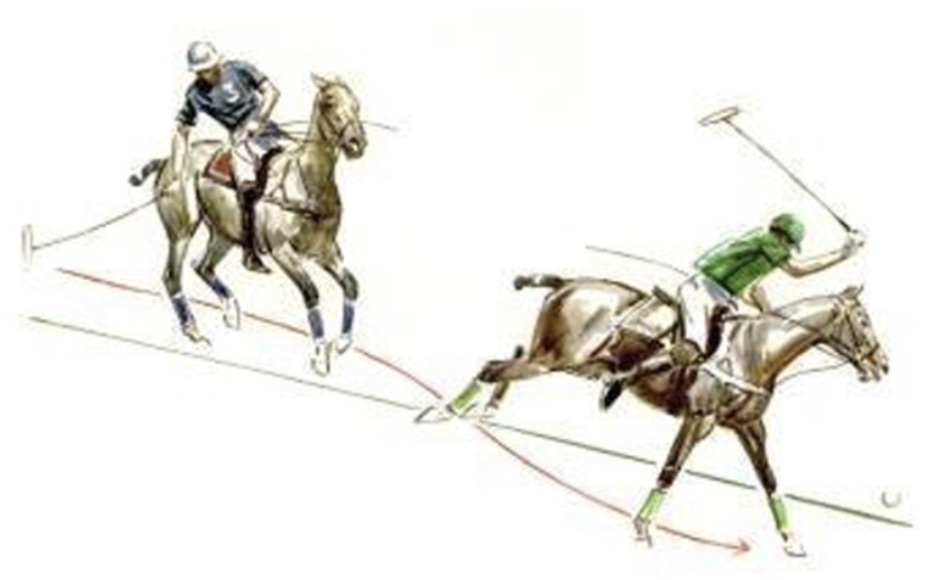 Right now, and as explained at length elsewhere, an engineered and only relatively strong USD is taking the shine off gold. The inverse correlation between gold and the USD is undeniable. 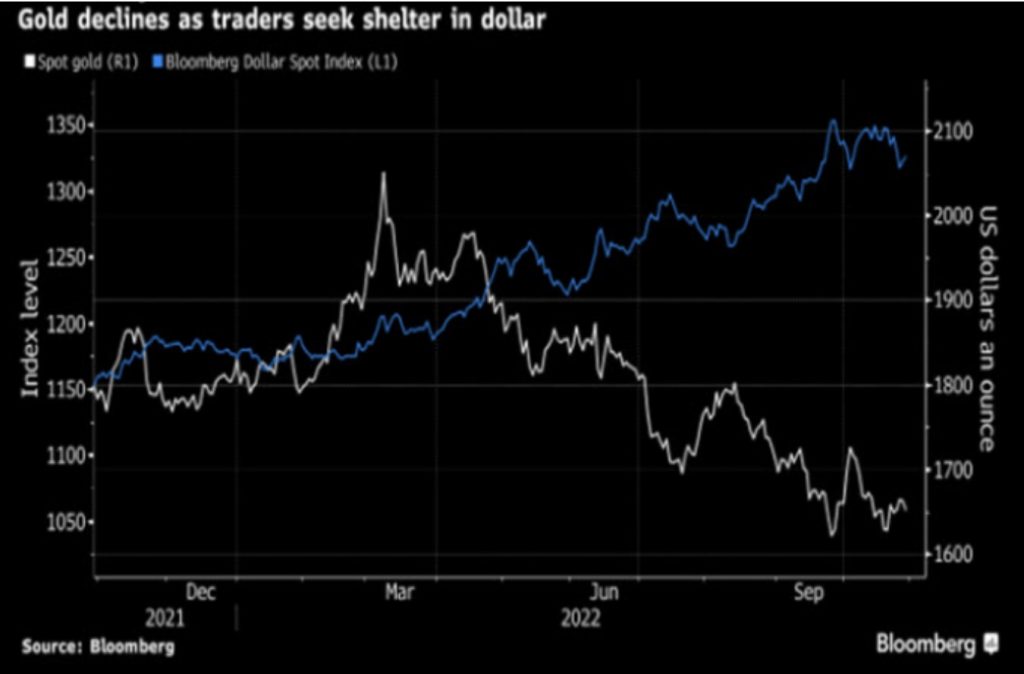 But that is where the ball sits now. Where it is headed is another matter, and great players, as well as investors, are always three plays ahead of the moment…

Stated more simply, as more and more currencies (including, yes, even the USD) weaken in a backdrop of inflationary realities and debasing consequences, gold is headed for an historical move, which means central bankers are about to get hit with a golden puck…This will link you directly to more fantastic articles from Egon von Greyerz and Matthew Piepenburg CLICK HERE.

To listen to Nomi Prins discuss what this means for the US dollar and the gold market going forward as well as what else investors should be aware of in global markets as we near the end of 2022 CLICK HERE OR ON THE IMAGE BELOW.