On the heels of yesterday’s Fed decision, the US dollar has now seen a major reversal in near record time. Here is what that means for gold and the dollar in the coming weeks.

Dollar Failure
March 21 (King World News) – The following is a portion of what Jason Goepfert at SentimenTrader had to say about gold and the US dollar after the Fed decision:  The U.S. dollar hit a new high in early March, and optimism was high. That proved to be a headwind again, and the buck has since reversed to close at a 30-day low. This is an unusually quick reversal…

…The dollar has reversed hard in the past two weeks, going from a 52- week high to a 30-day low in almost record time (see chart below). 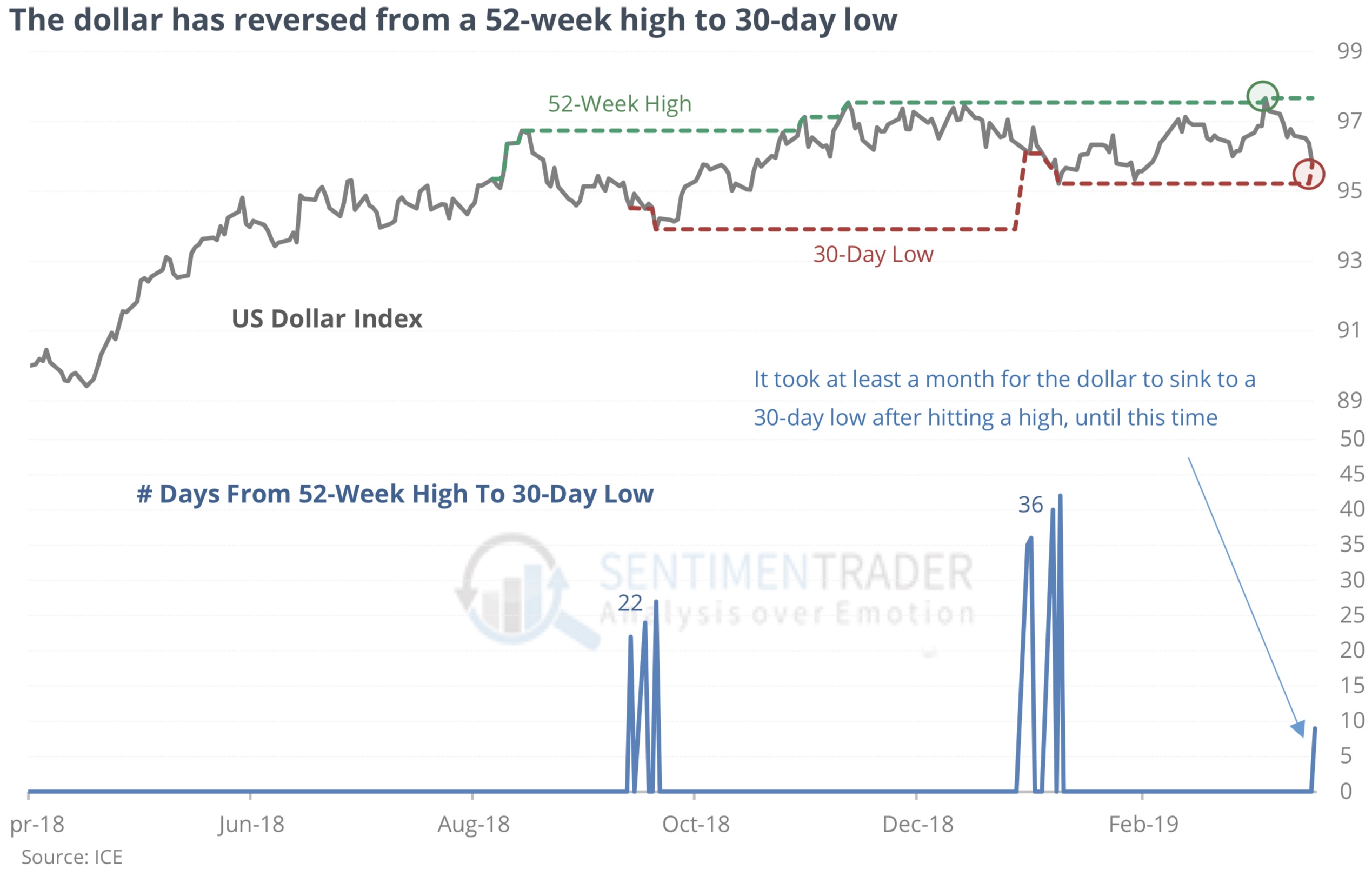 ***KWN has released the powerful KWN audio interview with Gerald Celente and you can listen to it by CLICKING HERE OR ON THE IMAGE BELOW.

Surprising News In The War In The Silver Market