GET READY: Gold Selloff Is Coming To An End, Headed To All-Time High

The correction in the gold market is coming to an end and the price of gold is headed to new all-time highs.

One of the top performing silver stocks in the world! To learn more about
this silver company click here or on the image below

Gold’s long consolidation period following the big summer rally is positive: “the bigger the base, the higher into space.” Everything’s set up for the gold bull market to resume and attain new highs. Just waiting for the starting gun to go off.

Selloff Ending Now
Notice when the Fall selloff typically ends. Right about now (mid-Nov.). Just have to rid ourselves of the last of the weak-kneed panickers. 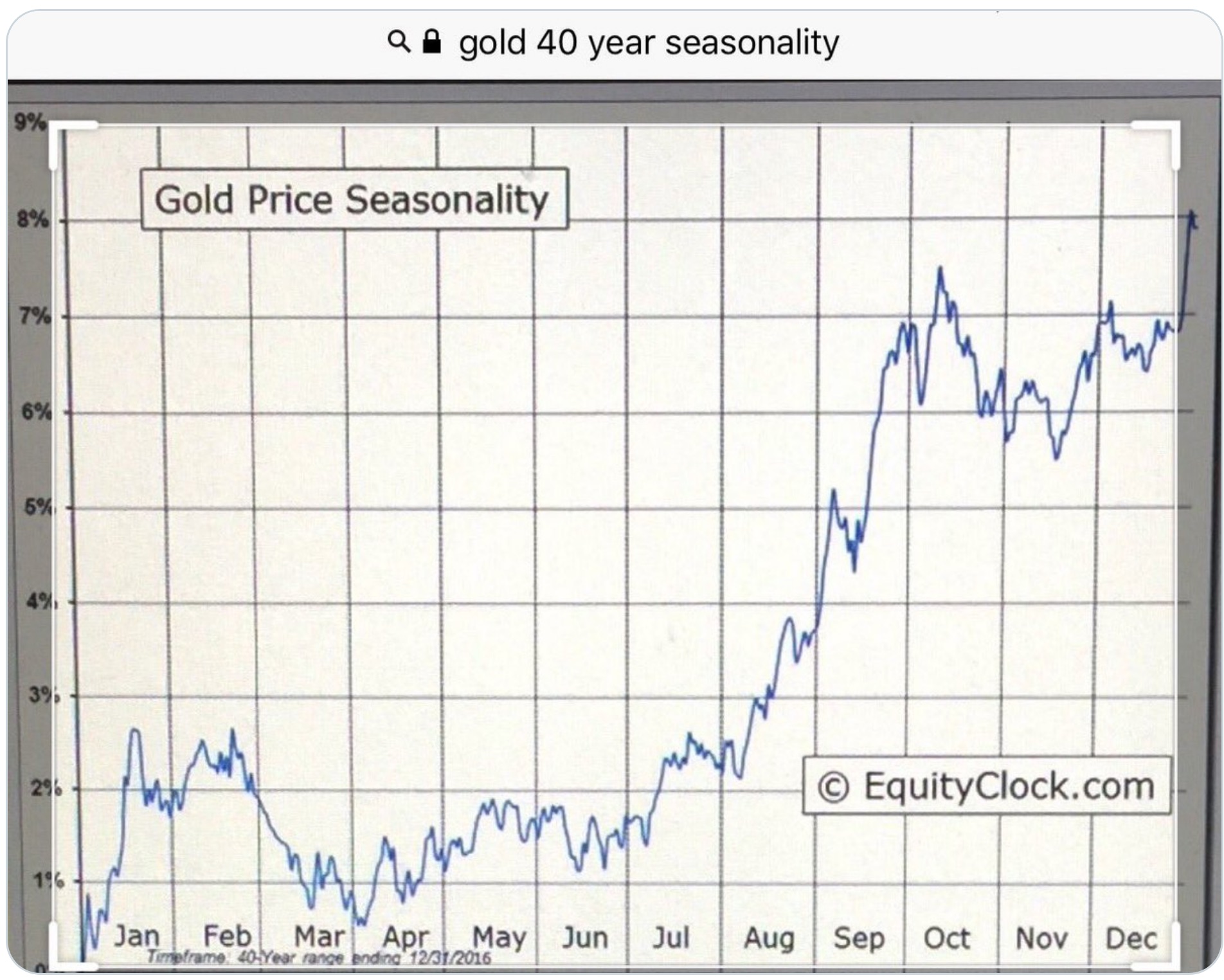 Newmont Deal Is Very Big News
Dan O’Flaherty:  “Eric, what we just announced is incredibly exciting. This is the second major acquisition of royalty assets from Newmont. As you know, when Maverix Metals was launched by former Pan American CEO, Geoff Burns, in his planning with Ross Beaty, the acquisition of Newmont’s first tranche of royalty assets in 2018 was a catalyst for enriching shareholders. Newmont sat with Ross Beaty prior to that first major acquisition because they wanted to confirm his long-term commitment to Maverix Metals. When Ross Beaty confirmed his long-term commitment, Newmont became a major shareholder of Maverix Metals in 2018.

The exciting thing is these are all gold assets and they are all in the Americas. This transaction dramatically enhances our near-term growth pipeline. And you have to remember, Eric, that Newmont agreed to this second major acquisition in part because they are so pleased as shareholders of Maverix Metals with what we did with the first group of royalty assets. Meaning, the first transaction acted as a key driver not only for a major move in our share price, but also in cementing this long-term and very fruitful relationship with Newmont. This demonstrates Newmont’s confidence that Maverix Metals can continue building on its momentum from the past few years and also continue to push its share price significantly higher over time.

Expect A Higher Share Price
And, Eric, this comes on the heels of Maverix announcing a record breaking third quarter across the board in terms of revenue, GEOs, net income, and cash flow. The bottom line is this puts Maverix Metals in a very powerful position going forward in terms of unlocking the value of this attractive portfolio of royalty assets that was just acquired from Newmont. This deal will help drive continued growth in revenue, earnings, cash flow, and attributable gold production well into the future, providing a clear path for near-term shareholder value creation. Maverix Metals, symbol MMX in Canada and the US.