Fred Hickey discusses gold and mining stocks, plus a surprising look at silver.

Don’t mind this week’s miner bashing (light volume, negative momentum) as it allows me to use some of my cash reserves to position before Q4 reports scheduled over next 2 weeks. HL was first to report yesterday -big up move to near 52-wk high & no give back today despite tough tape.”

Silver
Graddhy out of Sweden:  The consolidation has now morphed into a purple pretty symmetrical triangle. Tagged fib 61.8 twice with positive divergence while holding MA50. Red dotted triangle coming to an end. MACD looks to be bouncing on zero. Here is where silver just might start to lead.

SURPRISE: Silver May Start To Lead 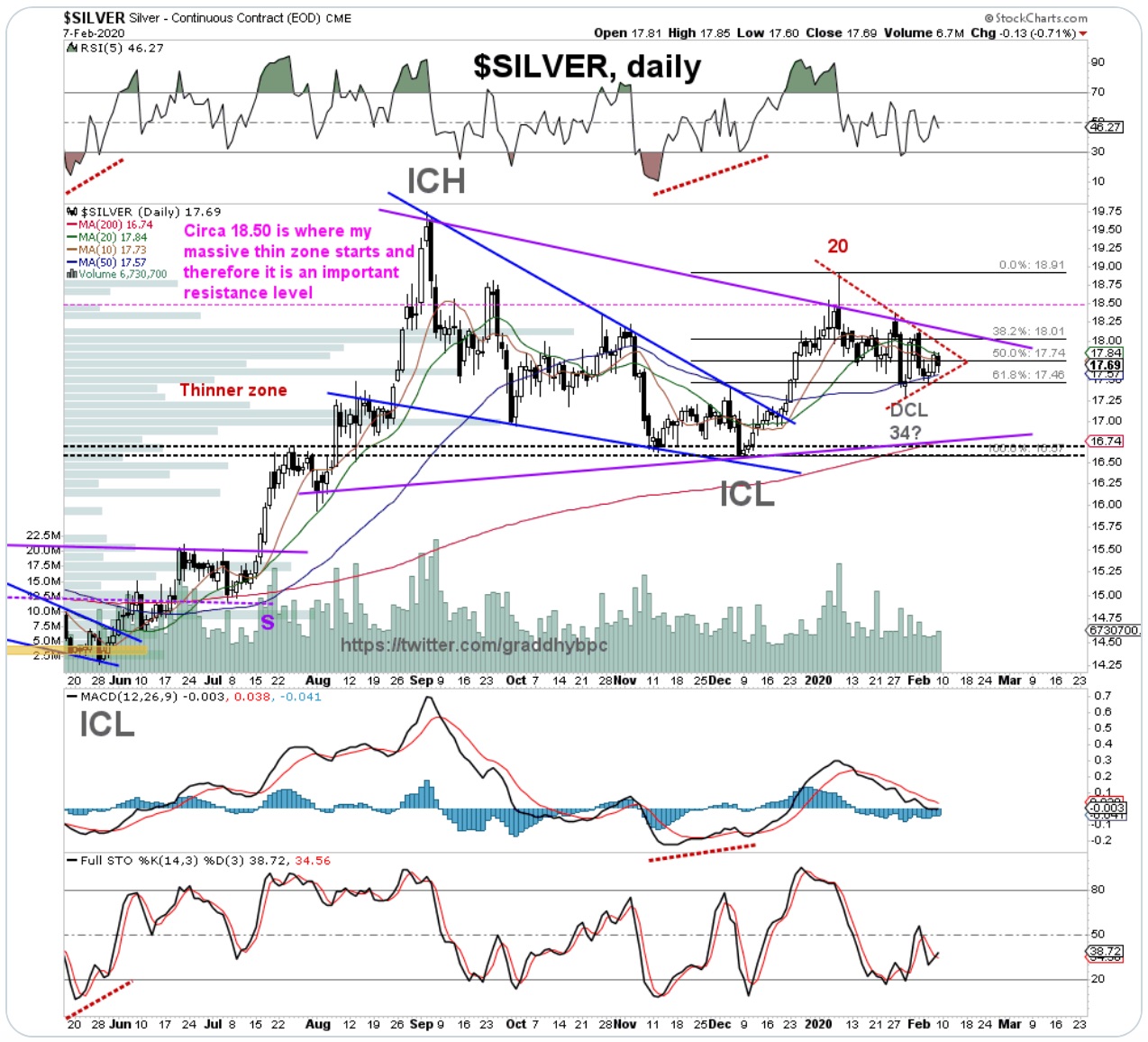 Gold
Graddhy out of Sweden:  We are now backtesting my monthly single trend line. This means we do not have much downside here I think; purple or pink route to follow is my guess. Think miners are holding back as they want to make sure gold’s monthly BO (Break Out) is for real.

GOLD: Not Much Downside
Meanwhile Miners Making Sure Gold Breakout Is Real 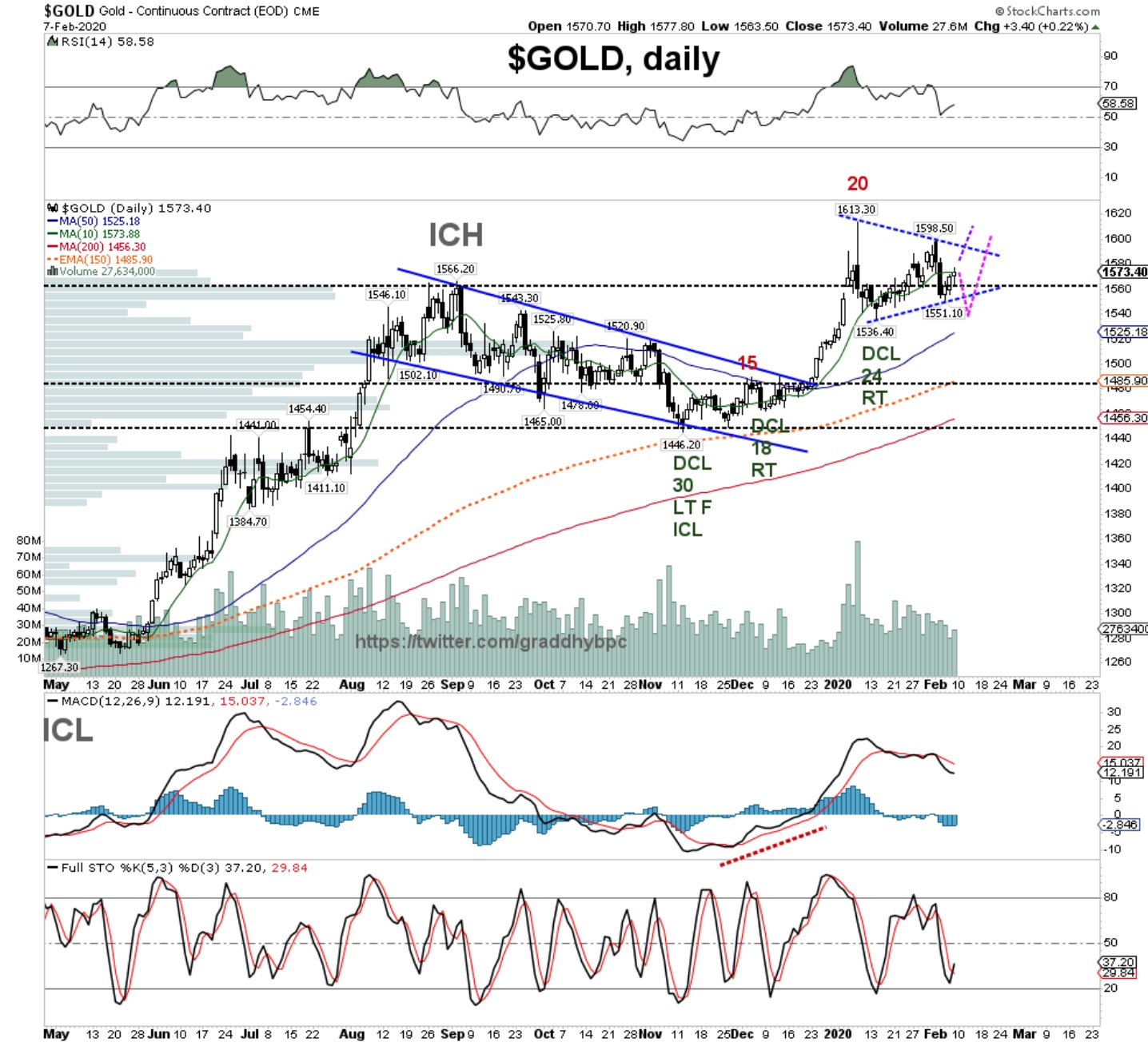 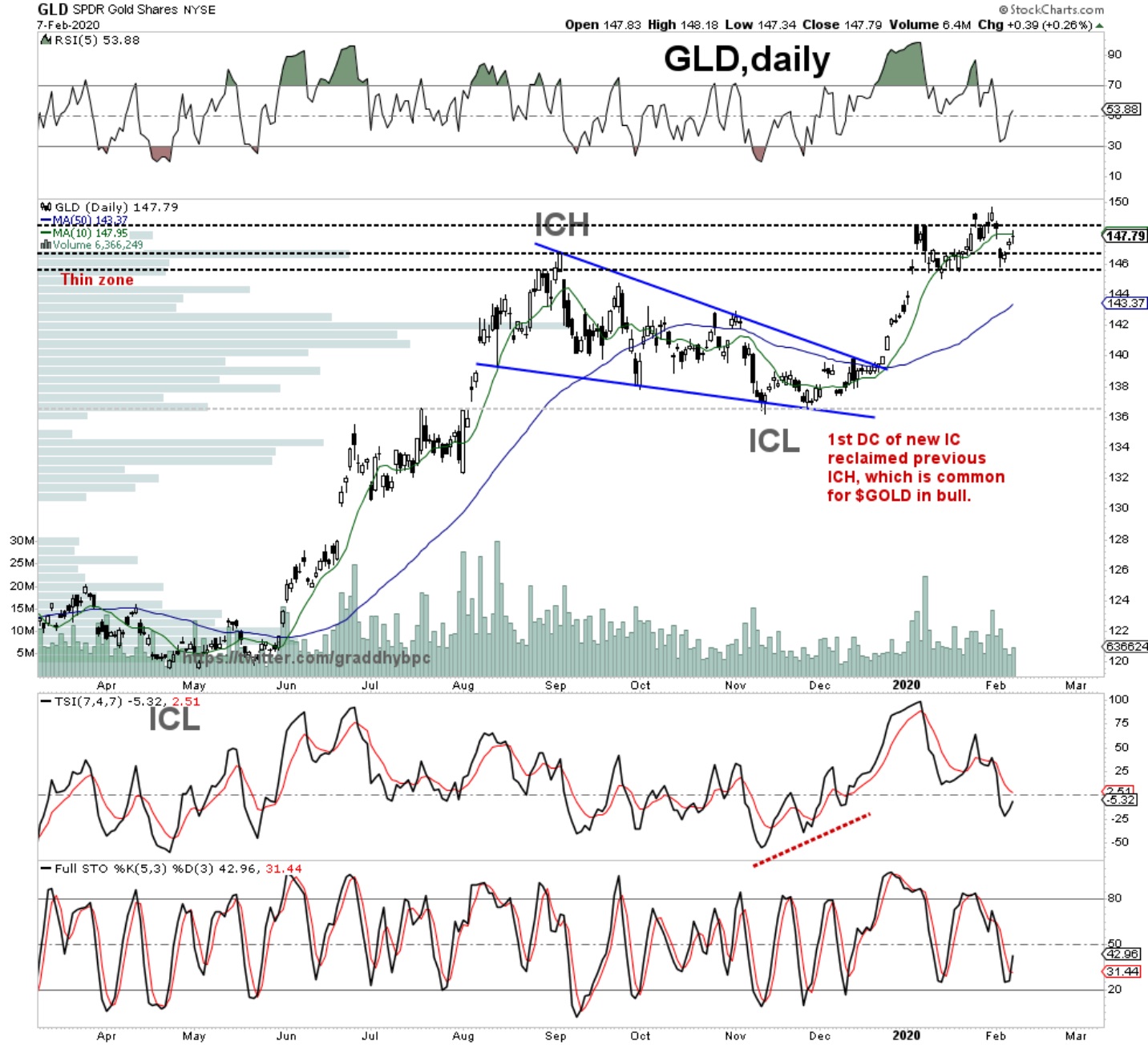 Celente – People Being Quarantined And Rounded Up
ALSO RELEASED: Celente – Entire Cities And Industries Shut Down, People Rounded Up And Quarantined. What Do They Know? CLICK HERE TO READ.

Global Trade Worries, The Fed Will Not Stop, Plus Gold, Silver And The Best Performing Commodity In 2020