For all the pain and gain between stock market bulls vs gold bulls, nothing sums it up better than this…

Meanwhile, much overlooked and lost in the smoke of the late-year correction, gold managed to gain 8.6% in 2016 (see 2016 chart of gains below). 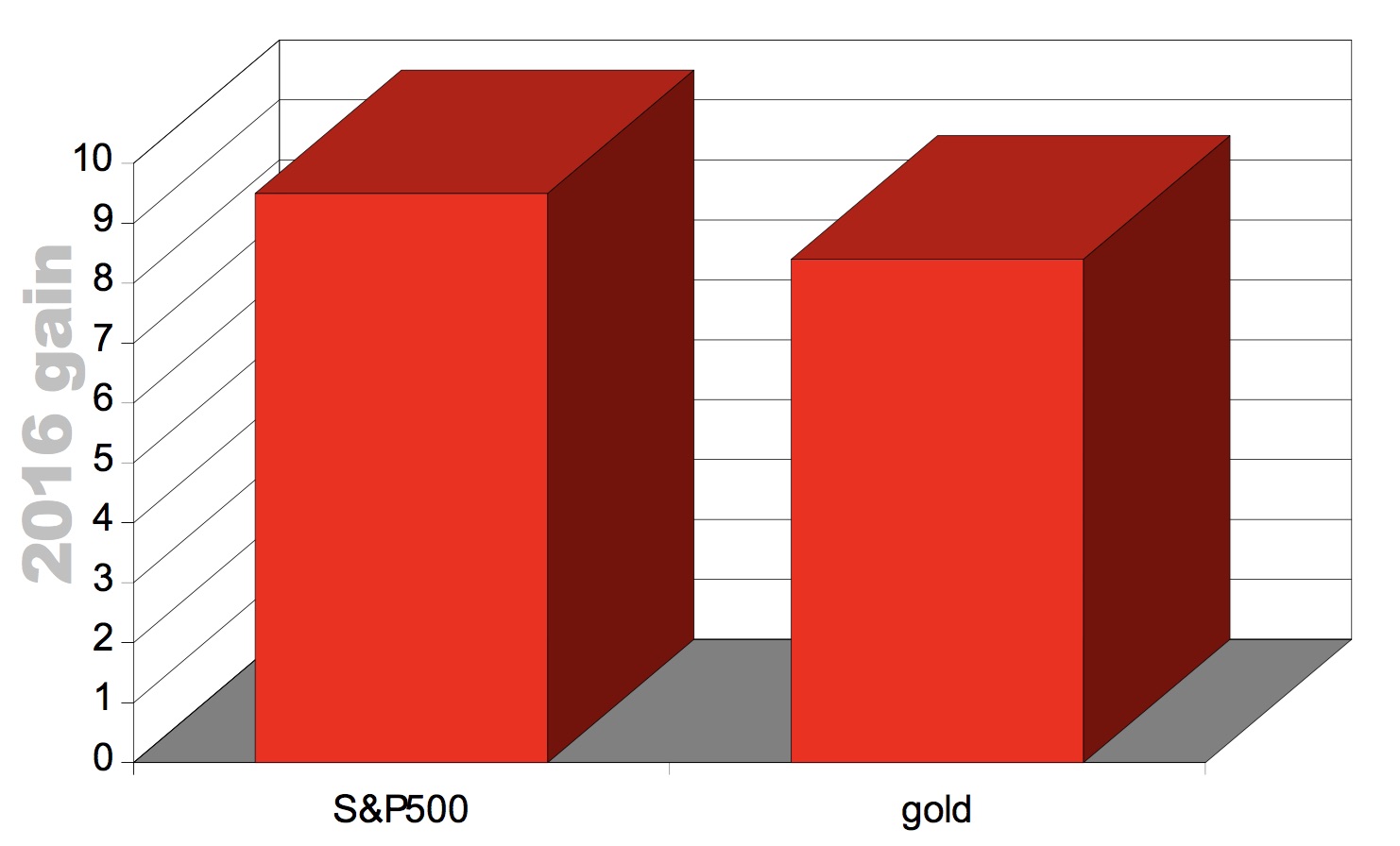 What About 2017?
So far with eight trading days left in the first half of 2017, both markets are fairing well vs. the 2016 close, though you’d never know it chatting with a stock market bull and a gold long at the same cocktail party. 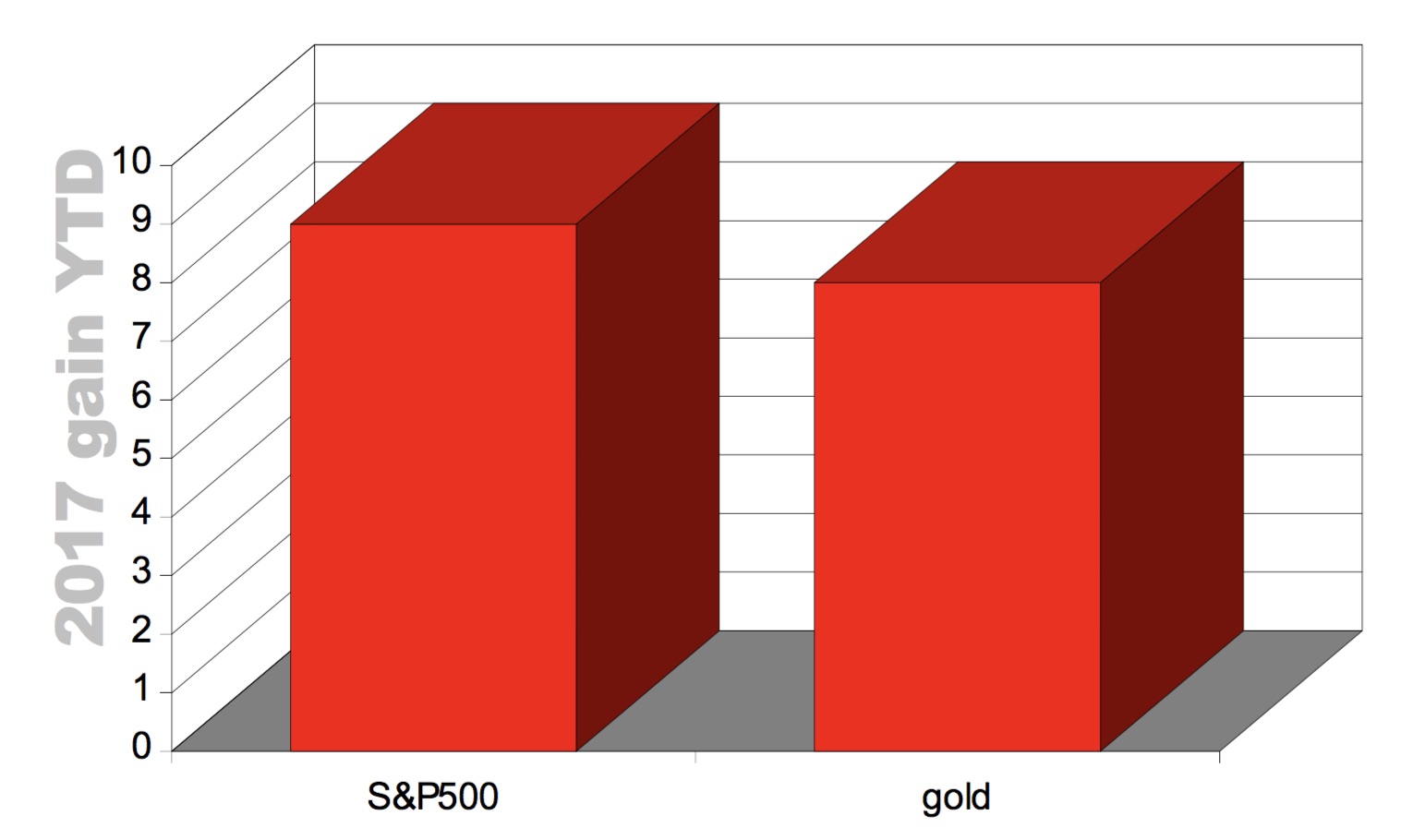 King World News note:  Oliver calls this “An interesting situation,” and it certainly is.  Oliver gets right to the point by illustrating that the performance of stocks vs gold for 2016 and 2017 is not that much different — only separated by 1% for both years.  Yet the sentiment between stock market bulls vs gold bulls is astonishing — one of the largest chasms I have ever seen considering they are performing very similarly in the past year and a half.  One thing is absolutely certain, when the trend change comes, it will be devastating for those who overstay the bull market in stocks.  For the gold bulls, the next leg higher will most likely be one for the history books.

***ALSO JUST RELEASED: This Is Why The Price Of Gold Will Be Launched Into The Stratosphere CLICK HERE.

World Headed For Massive Chaos As Next Crisis Set To Unfold