MAJOR WARNING: As we kickoff 2018, mom & pop investors are now “all-in,” at one of the most exposed long positions in 30 years!

All In
(King World News) – From Jason Goepfert at SentimenTrader:  “For some reason, there is a perception out there that this is the most hated bull market in history. Usually, that’s an argument espoused by self-interested money managers that trot out a cherry-picked, esoteric piece of data to support, if they even go that far. There is overwhelming evidence that the “hated” argument is demonstrably false…

The latest poll by AAII of how individual investors have positioned their portfolios is further evidence that we’re far from a hated rally. In December, mom and pop upped their stock allocation and drew down their cash cushion, leading to one of the most exposed positions in 30 years (see chart below). 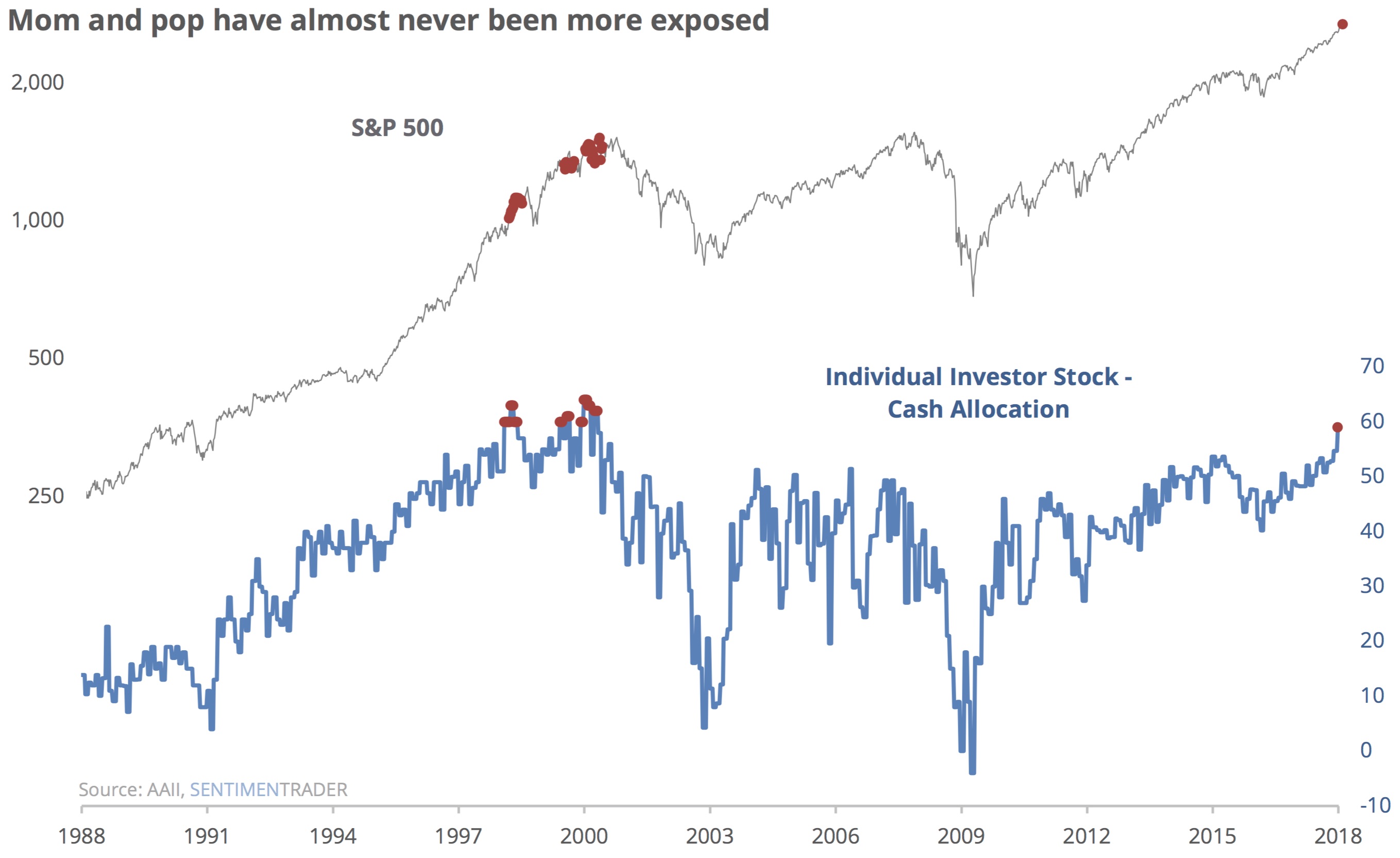 The only periods that matched the current exposure were the spring of 1998 and a smattering of months between June 1999 and April 2000. In both cases, upside was limited relative to the downside that resulted afterward, and whatever shorter-term gains were made were erased during the subsequent pullback. This is not encouraging.

Bottom Line
• Individual investors haven’t been this exposed to stocks since 2000.

• They have an extremely high allocation to stocks, and have drawn down their cash cushion even further.

King World News note:  When the bullish trend of the stock market finally reverses, it will take a big bear market to wipe out the ingrained bullishness that has taken hold of investors.  The primary beneficiary of the loss of confidence and subsequent bear market in stocks will be gold, silver, and the high-quality companies that mine them.

***To listen to Michael Belkin discuss what other market shocks and surprises to expect in 2018 as well as why gold and silver are set for a massive surge in the coming year CLICK HERE OR ON THE IMAGE BELOW.

Bill Fleckenstein Shares How He Is Shorting The “Uniquely Crash-Prone” Stock Market, Plus A Bonus Q&A