European Producer Price Index Is Now A Mind-Blowing 31.4% But Here Is The Systemic Achilles Heel

The European Producer Price Index is now a mind-blowing 31.4% but here is the systemic Achilles Heel.

Greatest Inflation In 40 Years
April 6 (King World News) – Garic Moran:  Another day of FED speakers telling you how hawkish they are without doing anything. We are now closing in on 1 year of the Greatest Inflation in 40 years and FED has only raised rates 1/4 point. Last time FED tried to reduce balance sheet, well that didn’t work out so well…

1970s vs Today
Liz Ann Sonders, Chief Investment Strategist at Charles Schwab:  Sticky inflation (blue) is nowhere near flexible (orange), which is increasing at a stunning 18.2% annual rate … hard to draw comparisons to 1970s-1980s, when both were rising at nearly same rate. 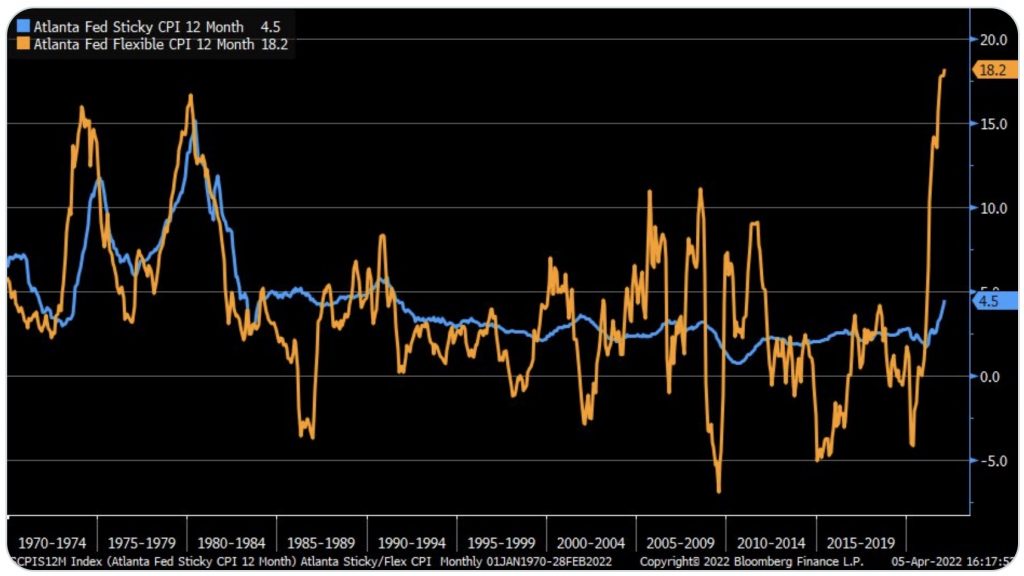 We’re All In This Together
Peter Boockvar:  As we’re all in this bond boat together, the Treasury selloff yesterday spilled over into Asia overnight, Europe today and leading to even higher rates in the US with the 10 yr yield jumping by 10 bps to 2.65% after the 15 bps move yesterday. With so many rate hikes already priced in to the short end (January 2023 fed funds futures contract yielding 2.58%), if the bond market is going to break further from here, the longer end is where it could happen, and we can actually get some steepening again but not for the right reasons.

Let me know if there is a company, household or country that had debt due this year that needed to be rolled over or has floating rate debt that budgeted for this rapid rise in interest rates going into 2022.

More “Transitory” Inflation
Finally, as the ECB hems and haws on whether they will end QE at the beginning of Q3 or the end of Q3, and whether rates will still be below zero by year end or just maybe get back to zero, the February (so somewhat dated relative to the March CPI just seen last week) PPI was up another 1.1% m/o/m after the 5.1% spike in January. Versus last year, PPI was higher by 31.4%. 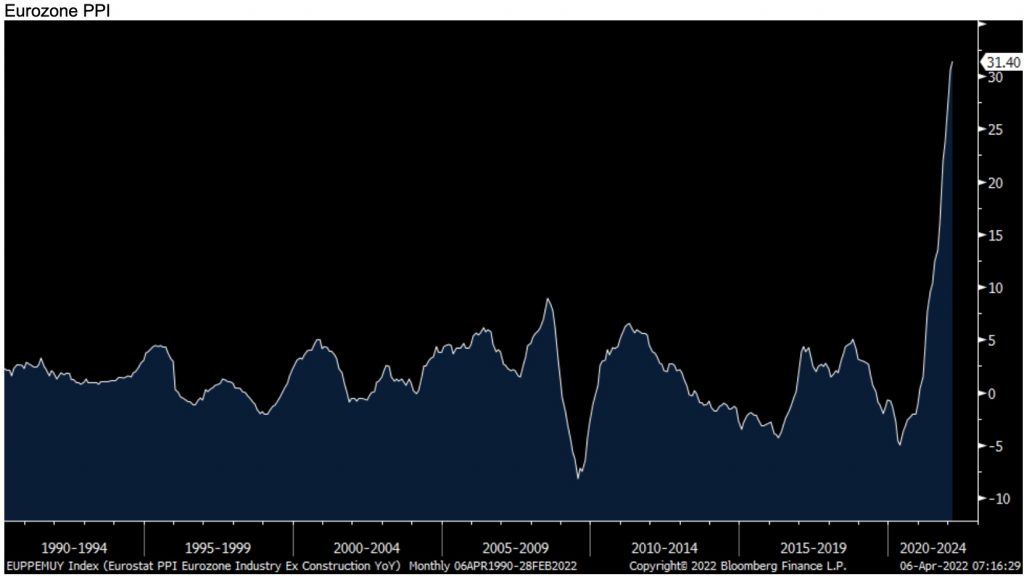 Higher energy prices is certainly the main contributor but even ex energy prices rose 12.2% y/o/y. What does the ECB chief economist Philip Lane have to say soon after this data was reported this morning? “It’s important not to over or under react to inflation.” He also was dead wrong about inflation over the past year plus and was the captain of the European chapter of Team Transitory.

The German 10 yr inflation breakeven by the way is up another 5 bps to 2.83%, the highest on record dating back to 2009 when these linkers were 1st issued. 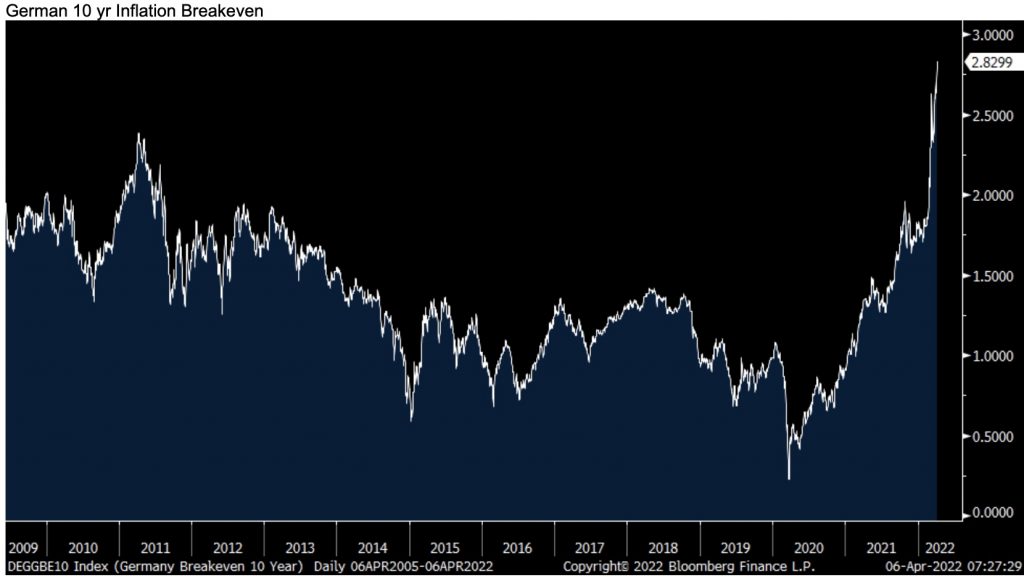