Gold Will Triumph As Higher Interest Rates Would Be Catastrophic

Gold will triumph as higher interest rates would be catastrophic.

Gold Will Triumph
March 18 (King World News) – Egon von Greyerz out of Switzerland:  Despite the current confluence of factors (rising rates, dollars, wild speculation and post-CV19 euphoria) pulling money out of gold, the long game toward which history is marching boils down to this: more inflation, more money printing & more currency devaluation is ahead of us! Gold will triumph in its critical role of preserving capital in a debt-sick world marked by dangerous speculation and openly dying currencies…

Higher Interest Rates Would Be Catastrophic
James Turk:  Some are wondering if the Fed is so confident in the outlook, why not raise rates sooner? Answer: Because the US government cannot afford higher rates. With $28 trillion of debt, just 1% is $280 billion, which is 8% of last 12 months revenue. Higher rates will worsen the deficit and accelerate debt growth causing bigger deficits putting US government and US dollar on hyperinflation debt spiral like Venezuela. 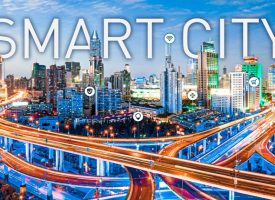