One European analyst just warned the tables might soon be turning in favor of gold.

Gold Performance In Various Currencies
By Ronald-Peter Stoeferle, Incrementum AG Liechtenstein
March 26 (King World News) – The price of gold is up in most currencies over the year so far…

• 2018 was clearly positive for gold across many major global currencies, with the exception of USD, JPY, and CHF.

• In many currencies, such as AUD and CAD, gold is trading at or close to all-time highs (see chart below)! 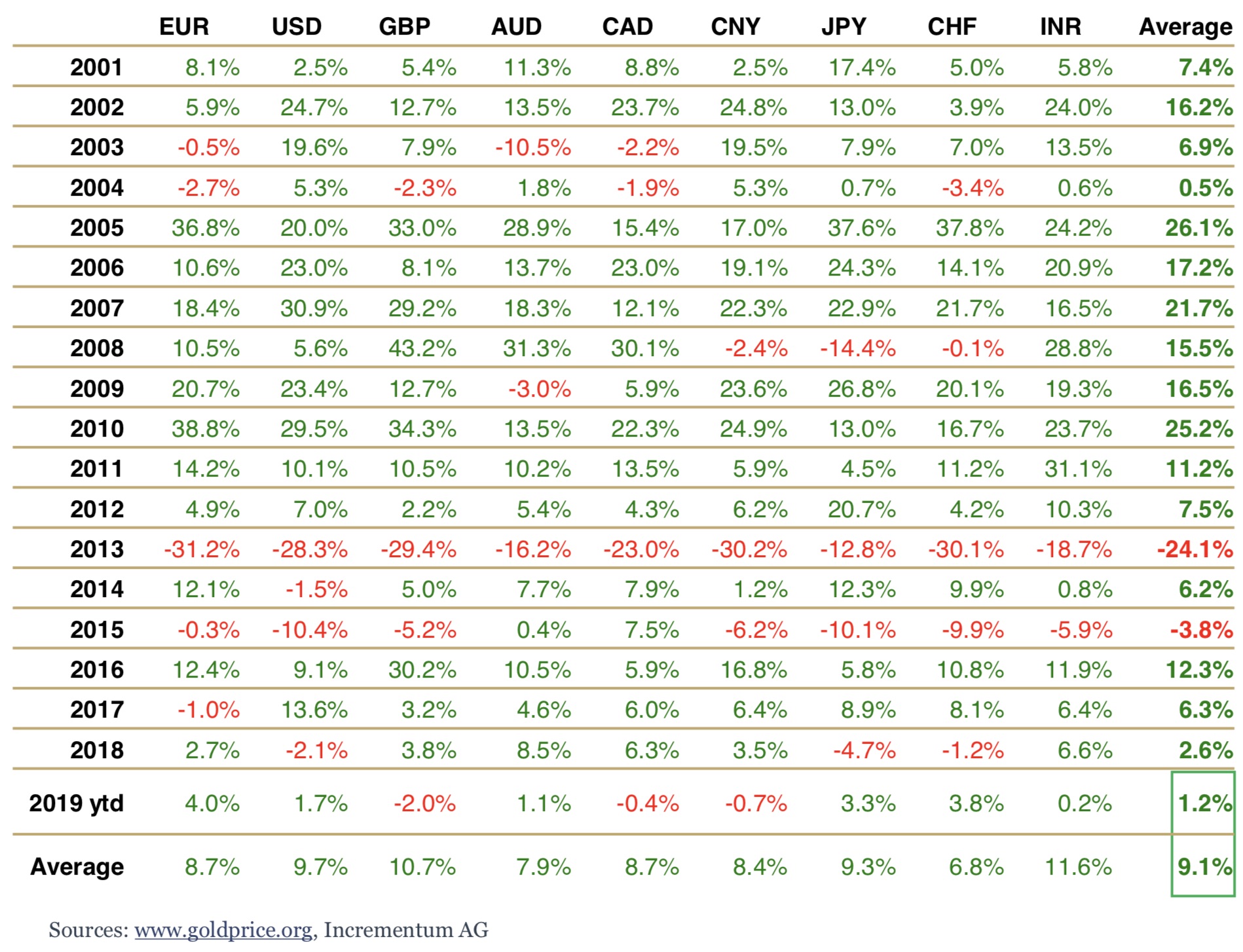 • The average annual performance from 2001 to 2019 has been +9.1%. During this period gold has outperformed practically every other asset class, and in particular every currency, despite intermittent, sometimes substantial corrections. 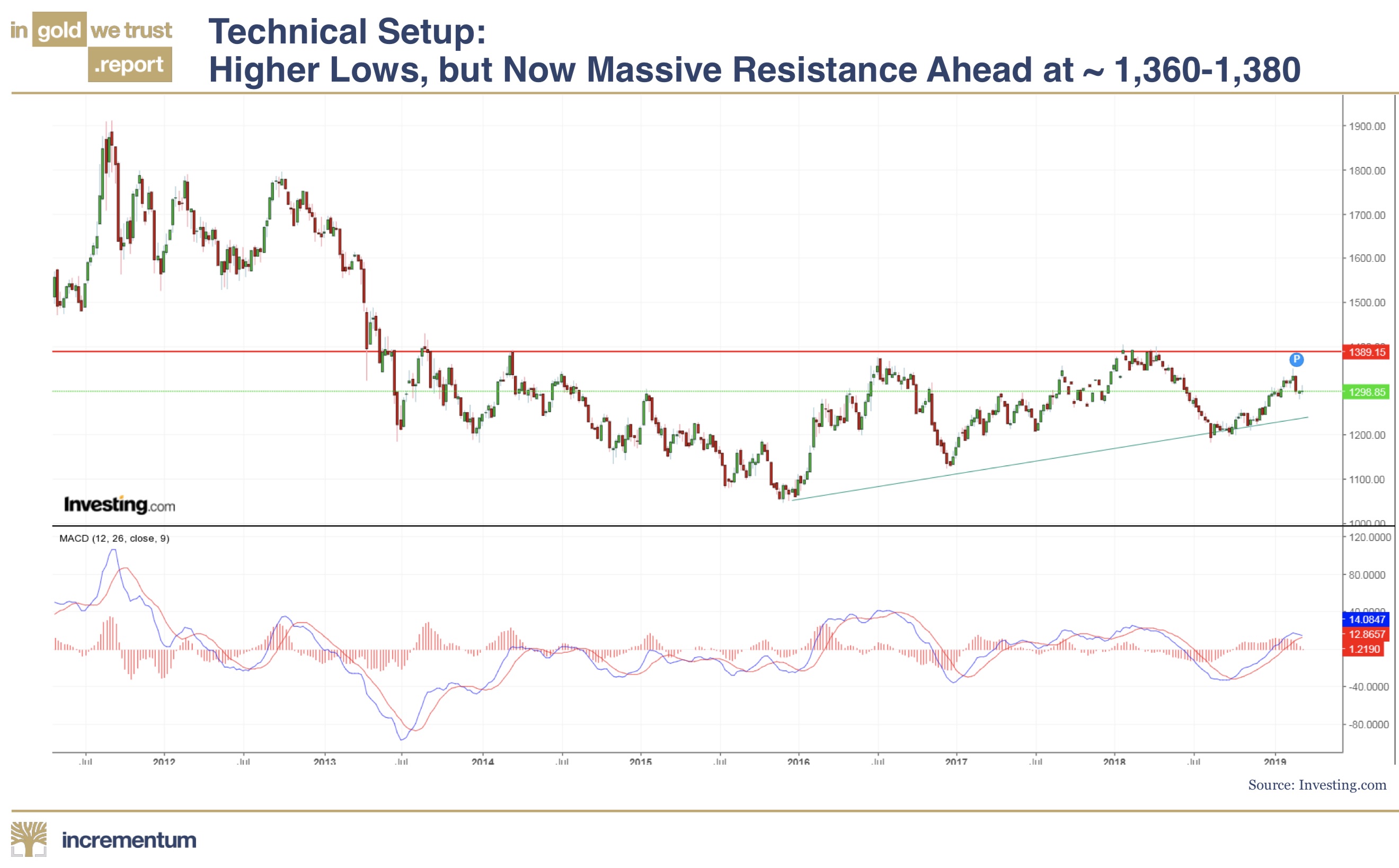 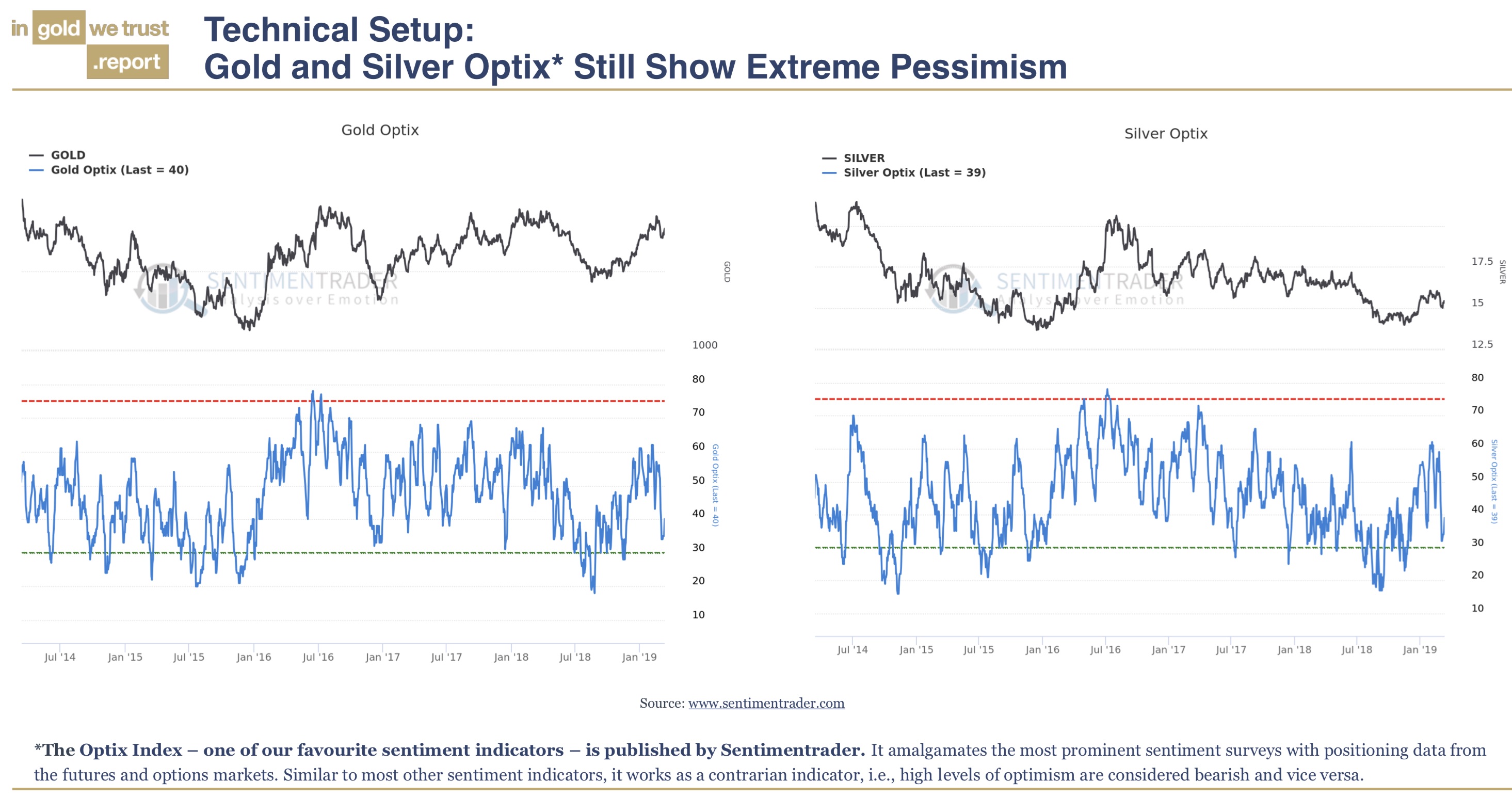 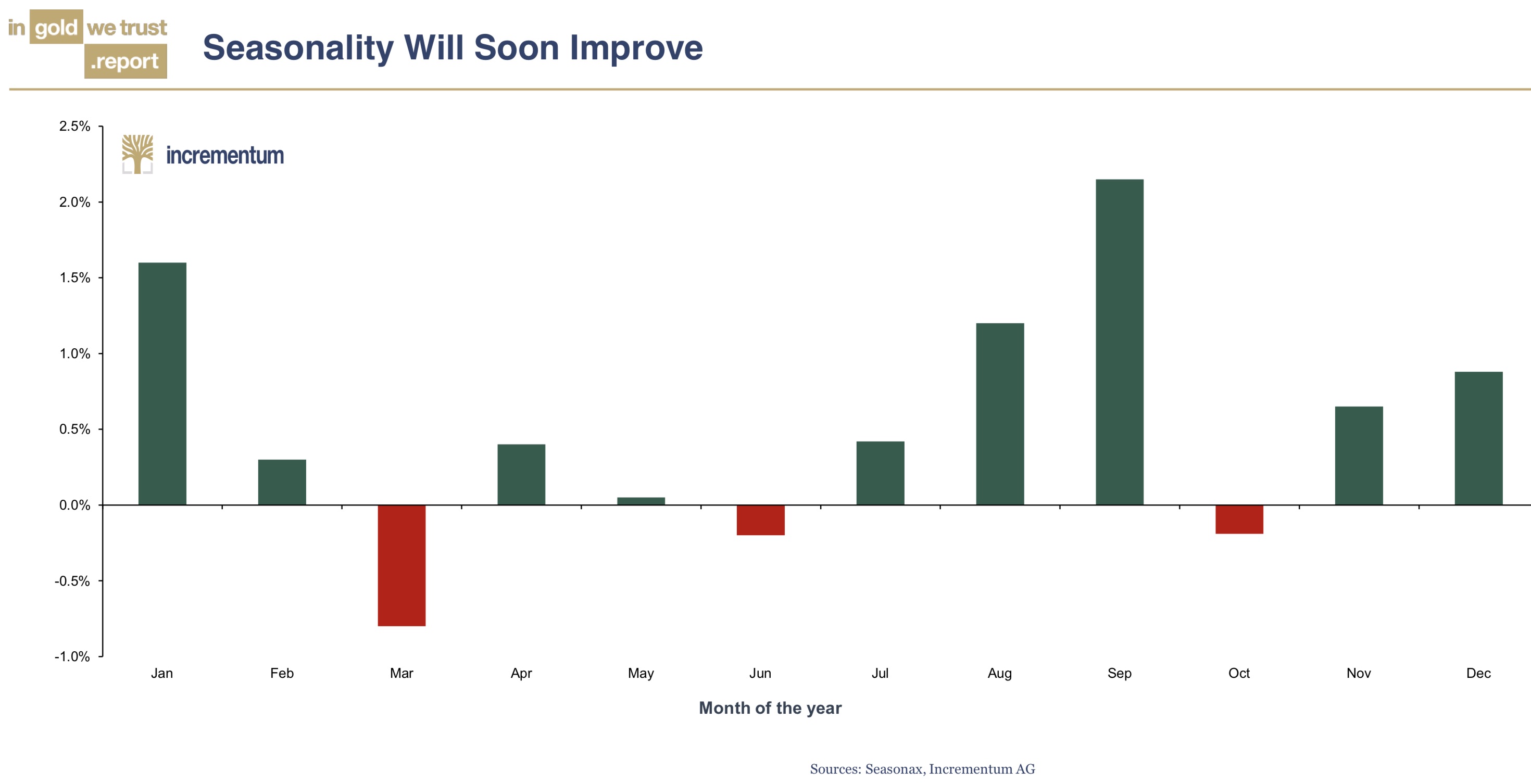 • We consider the bull market in equities as the biggest opportunity cost for gold.

• Comparing the gold price to S&P 500 development, we can see that the relative performance of gold vs. the S&P 500 is bottoming (see chart below). 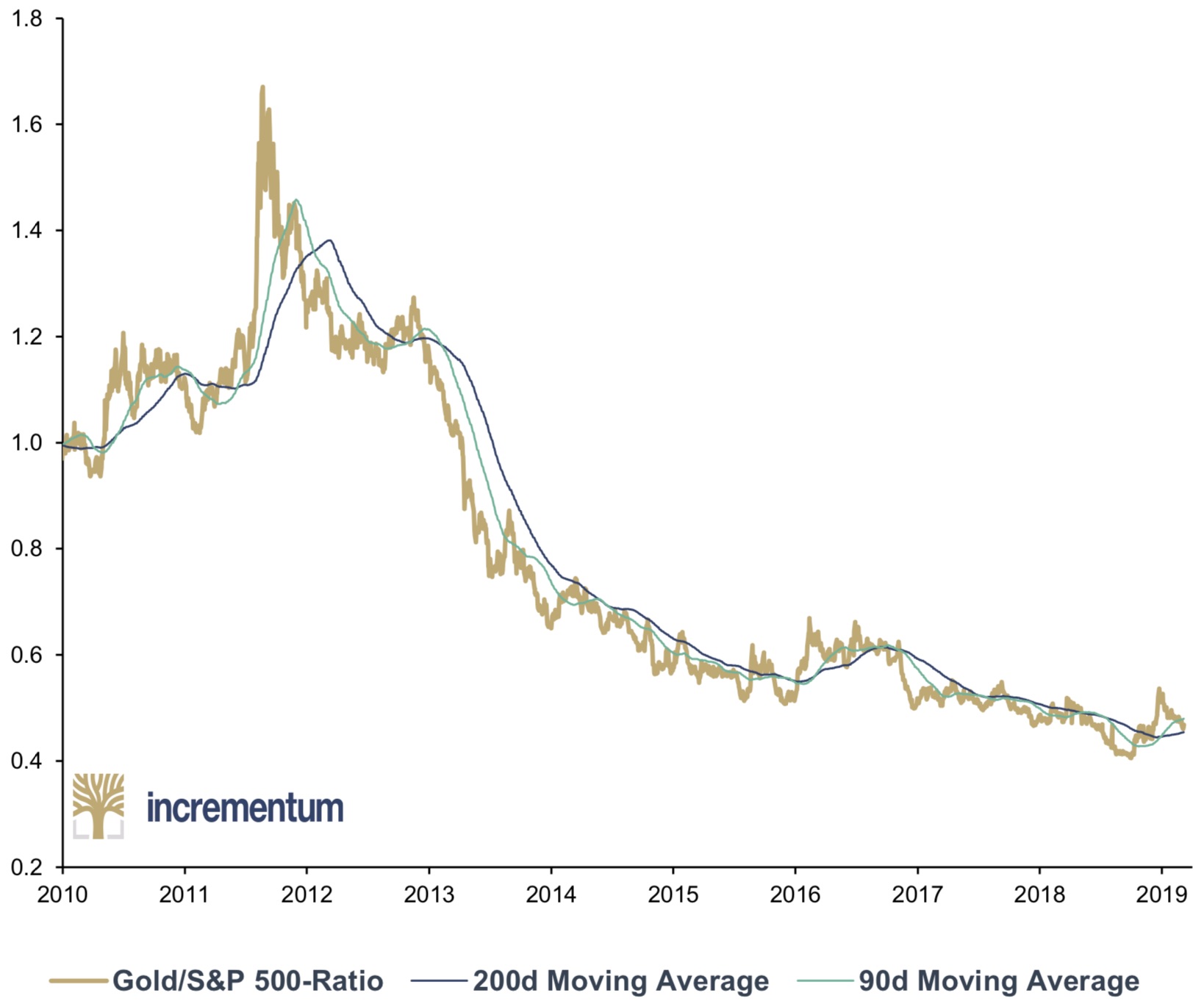 • After seven years of underperformance of gold vis-à-vis the broad equity market, the tables might soon be turning in favor of gold.

King World News note: Stoferle is correct, the tables may very well be turning in favor of gold.  Gold is now at one of the most undervalued points in history.  The same could be said of the mining shares.

More Monetary Inflation And The Final Outcome, Absolutely Insane, Plus A Mind-Boggling Chart