On the heels of a wild week of trading that wiped out $1 trillion of equity in US markets, did a rogue government official orchestrate the Huawei arrest to sabotage the Trump and Xi trade talks?

$1 Trillion In Equity Evaporates After Huawei CFO Arrested
This article is by Dr. Stephen Leeb, Founder of the Leeb Group:  “What the hell just happened? In one week, $1 trillion in equity values vanished.  True, a handful of assets held fairly firm: Gold and even gold stocks, which had been lagging the metal, were relatively strong performers; the yuan rose; and the buck remained relatively sturdy. But the big story is how little it takes to rattle the world, and especially the U.S. and how quickly things can go spectacularly haywire.

And here’s  further food for thought: It’s entirely possible the catalyst for all the craziness was an under secretary of the Treasury you’ve never heard of, possibly acting under the influence of her husband who, by the way, according to the Internet, she has never publicly acknowledged being married to, for reasons I’ll touch on below. The chief evidence that they are married is that they give the same address as their residence and that she disclosed on an ethics form she had an investment in his personal company.

Now let me say right off that I am not leaping to the conclusion that this woman is in fact responsible for the actions that caused the markets to go into free fall. I am only saying that it is possible. My goal is to point out what an alarmingly hair trigger world we live in. It’s one in which it is entirely possible that a rogue employee could in the blink of an eye cause stupendous damage. In such a world, the case for owning gold becomes more compelling than ever.

Trump Did Not Do This
And in my opinion, if the assistant secretary of the Treasury alluded to above wasn’t the catalyst, I’d still guess that someone other than President Trump was the prime mover. That’s simply because I find it hard to believe that Trump would risk ruining an otherwise successful meeting with China’s President Xi. The president is well known for following market gyrations as affirmations and approbations of his economic policies. He clearly wanted the Xi meeting to trigger a market rally. He is certainly wise enough to know that anything that would undermine the positive message of the meeting would also undermine the market.

If the message for investors is to buy gold, the message Xi will take away from the week’s economic carnage is no doubt comparably clear. It’s that he should proceed as fast as possible with China’s plans to establish a new monetary system not dependent on the dollar. As I’ve been arguing, that means: Hello gold. 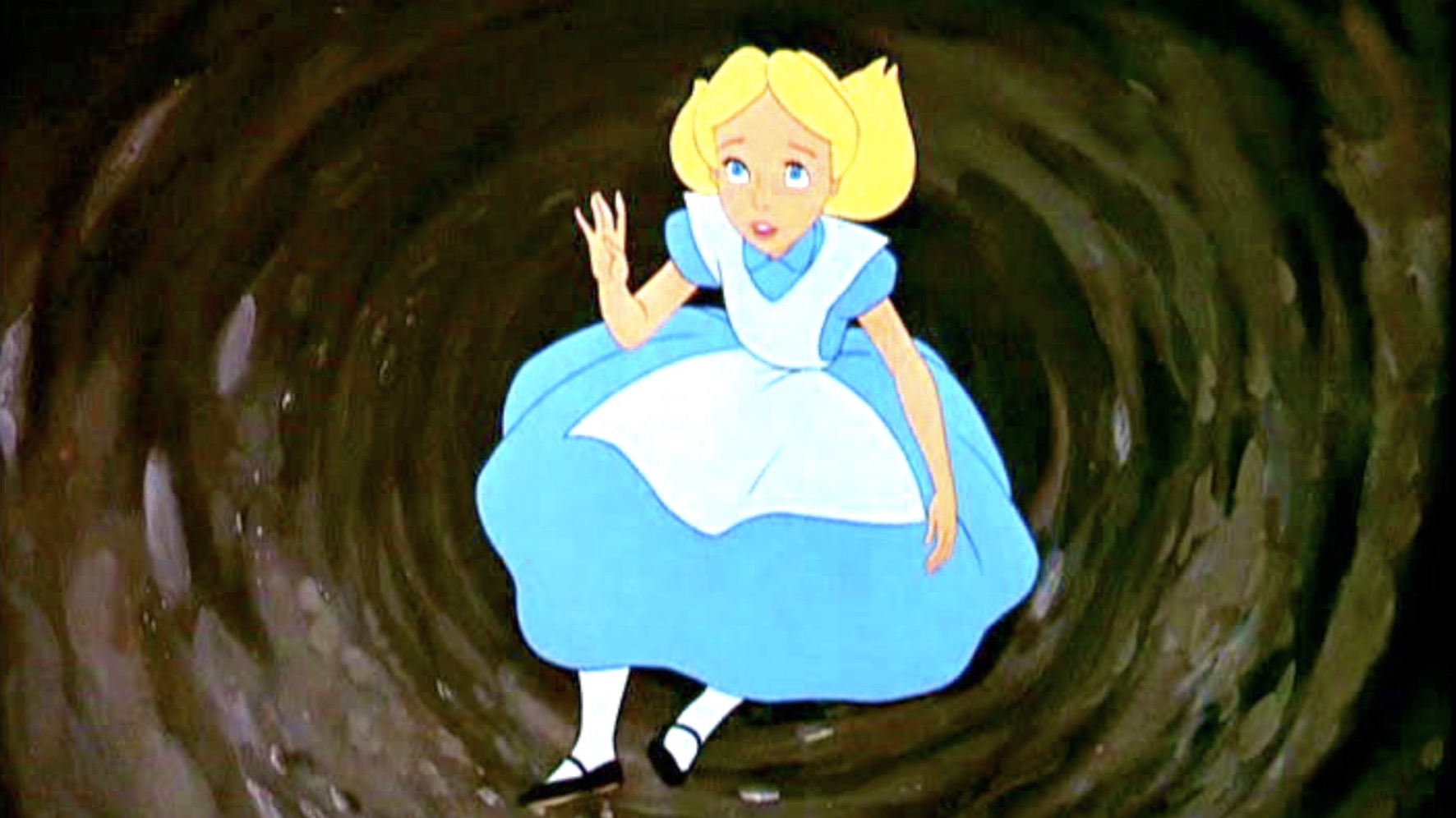 Down The Rabbit Hole
Now for what I know, all of it gleaned from Internet sources, about the aforementioned under secretary of the Treasury. Born in Israel, her name is Sigal P. Mandelker. Her CV includes an internship with Supreme Court Justice Clarence Thomas, a partnership at the prestigious Proskauer Rose law firm, and various government jobs. In March 2017, Trump nominated her to be under secretary of the Treasury for terrorism and financial intelligence. The Senate confirmed her by a 96-4 vote.

Mandelker’s office was an integral part of the ZTE investigation, which initially resulted in banning ZTE from importing U.S. goods and was eventually settled with a $1 billion fine. I argued at the time that ZTE, the second largest telecom company in China, probably could have turned to the East, including China and Taiwan, to obtain much of what it was denied in the U.S. I also noted that ZTE was a distant second to the private company Huawei, which currently has a revenue base of $100 billion and is probably the world’s largest telecom company. Moreover, by some measures, which I have cited before,  Huawei’s products are rated top of the line: Its smartphone is considered a quantum leap above all others including Apple’s top of the line iPhone.

Without ever presenting any concrete evidence, the U.S. has argued Huawei products represent a national security threat – that Huawei phones, for example, could be engineered to hack into sensitive U.S. computers. Huawei products have effectively been banned in the U.S., Britain, and Australia. However, they are used broadly throughout Europe and, of course in China and other Eastern countries. Many consider the company the leader in developing the 5-G network, which will be the backbone of next-generation wireless network and whose speed will make the Internet of Things a reality.

I strongly believe, as I’ve argued here before, that the U.S. should make an all-out effort to respond to China’s emerging technology hegemony. But not by attacking our rivals. Rather, we should respond as we did to the Soviet Union’s launch of Sputnik in 1957, with a full-bore effort to develop everything related to STEM. When we did that in the 1950s and 1960s, the result was that little more than a decade after Sputnik, U.S. footprints were on the moon.

But today is a different era, and we have chosen the path of attacking rivals rather than seeking to leapfrog over them. In the critical IT sphere, Huawei is the company most in our crosshairs.

The Arrest Of Huawei CFO
Which brings us to the arrest of Huawei CFO Meng Wanzhou, which was so much the cause of the market mayhem. Besides being Huawei’s CFO, Meng also is the daughter of the company’s founder and still current chairman, Ren Zhengfei. The arrest occurred on the same day Trump and Xi were having a dinner in which they discussed ways to tamp down the current trade war. Both parties said they made substantive progress. The U.S. suspended plans to impose additional tariffs, while China committed to purchasing more U.S. goods and starting to address U.S. concerns about intellectual property theft and related issues.

Worth pointing out is that during the Obama administration, the U.S. and China came to an agreement to suspend cyber spying. By all accounts the Chinese have honored that agreement. Thus Xi’s talk at the recent dinner can’t be dismissed as an empty gesture. 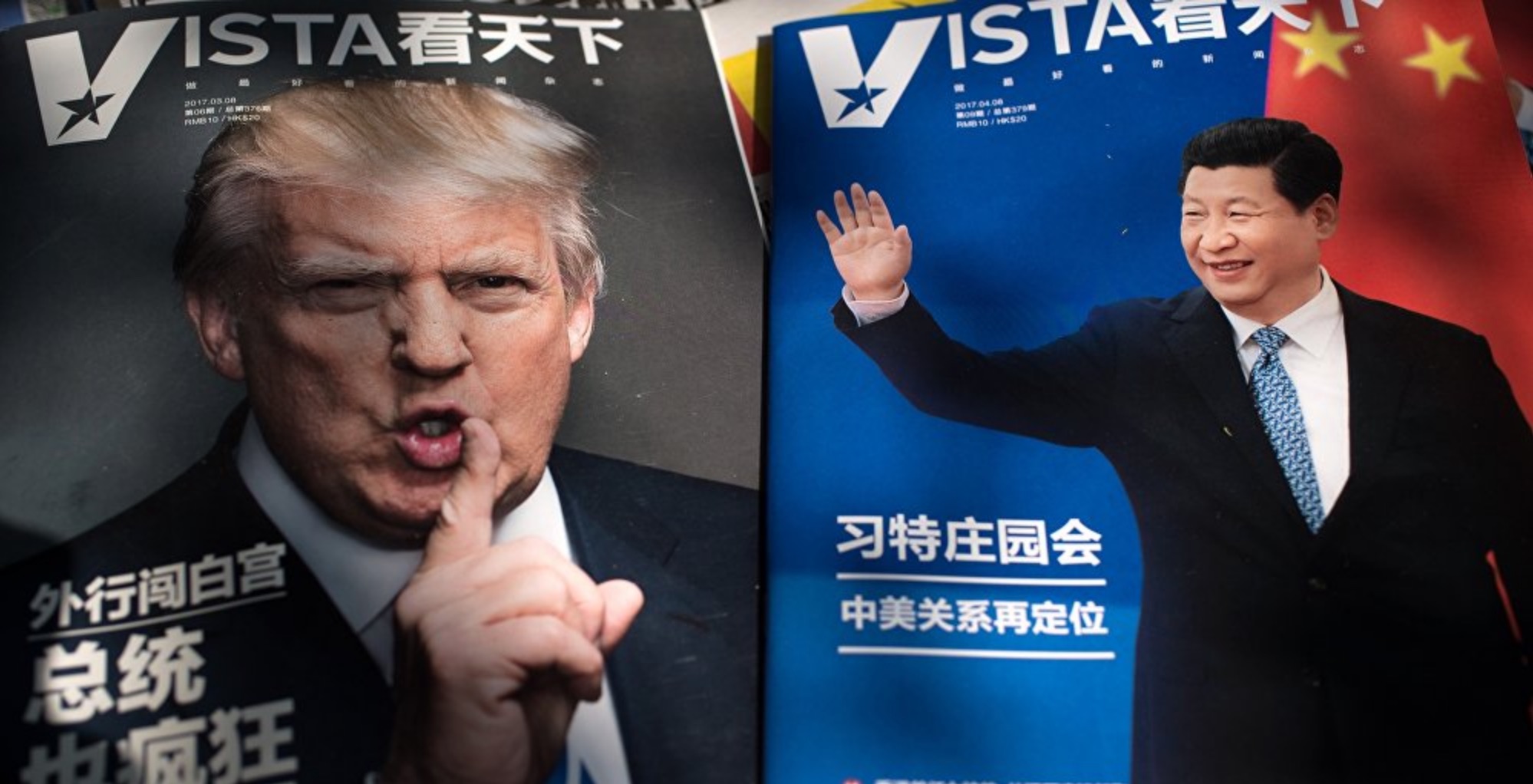 But the arrest of Meng has thrown a big monkey wrench into what appeared to be a promising start to bilateral talks. The stock market tells the tale. On the Monday following the confab, stocks rallied strongly. As news of the arrest spread, the market experienced three tumultuous days in the red to the tune of about 5% – in dollar terms, more than $1 trillion.

Even more important, this was the kind of crash with the potential to shatter investor confidence and reverberate throughout an economy already showing a few signs of weakening – including a less than stellar beige book, weak wages, and job creation below expectations.

This Arrest Makes No Sense At All
In other words, we need good news on the trade front. The arrest of Meng is exactly what we don’t need. And it seemed to exhibit neither rhyme nor reason, to really make no sense at all.

Look at two critical points: the timing of the arrest and the nature of her alleged crime. According to Treasury’s reports, the arrest had to take place when it did – a moment when Meng was changing planes in Canada – because that was the only window of opportunity when she would be on Canadian soil. From what I’ve learned, that’s nonsense. Meng has two homes in Canada, regularly conducts personal business there, and spends about two weeks every year in Canada.

As for the nature of her crimes, maybe they were so serious, and posed such an imminent threat, that no time could be wasted? Again, sheer nonsense. The Canadian attorney charged with prosecuting Meng for extradition to the U.S. bases his claims on a 2013 piece by Reuters. The guts of that piece are that Meng served on the board of a company called Skycom Tech in 2008 and 2009. In 2010, when Meng seemingly no longer was on the board, Skycom offered to sell about $1 million (yes with an “m” not a “b”) worth of Hewlett Packard tech equipment to Iran, which was under U.S. sanctions. According to all records and reports, including HP’s, the sale was never consummated.

It was also alleged that Meng represented to HSBC, the bank that would have facilitated the sale, that Skycom was a major local partner of Huawei. But in 2007, three years before the attempted sale, Huawei through a holding company controlled Skycom. But there are no records as to whether Huawei still controlled the company three year’s later.

The Bottom Line
The bottom line: The implied urgency of making an arrest eight years after an attempted and failed de minimis sale of equipment to Iran by a company that may or may not have been controlled by Huawei is utterly ludicrous.

Here’s where conspiracy buffs may find plenty to engage their interest. As I mentioned above, Mandelker has been cagey about her marriage.

As seen in this web page: https://medium.com/new-age-the-millennial-voice-of-america/breaking-trump-nominee-to-fincens-husband-breitbart-contributor-not-previously-disclosed-13bf1cfc7f09, Mandelker’s husband was found to exist only by tracing an investment she listed on an ethics form back to a man who shares the same phone and shelter as Mandelkar. Indeed, we can still only surmise that Steven D. Capozzola and Sigal Mandelkar are married. But if they are not married they are obviously very close to each other.

Why hide Mr. Capozzola’s existence? One reason may be that he worked closely with Steve Bannon at Breitbart and advocated currency controls on China or more precisely wrote extensively about “Chinese currency manipulation theories.”  As widely reported, Steve Bannon perceives China as an existential enemy of the United States.

Is all of this enough to say that the arrest of Meng was engineered by Mandelker acting as a rogue agent? Probably not. But is it possible, or even plausible, based on the little bit of evidence available on the Internet? I would say absolutely. The most likely motivation would be to upset the trade talks and make sure we continue the Cold War with China.

Dropping A Grenade Into The World’s Largest Economy
The real point is that in today’s world there’s no way to rule out that a rogue official, or even an official’s rogue spouse (through his influence on his spouse), could possess the power to drop a grenade into the world’s largest economy.  The short- and long-term message for investors is that the only protection against this kind of craziness is to own a lot of gold. And again, remember that at least part of that grenade landed in China, too. China is certain to draw the conclusion that the longer it remains tethered to the dollar, the longer it remains vulnerable to any future grenades. And the only bunker that would shield the Middle Kingdom will be a new monetary system in which gold, not the dollar, takes center stage.” ALSO RELEASED: Greyerz – Central Banks Just Triggered A Global Collapse CLICK HERE TO READ.

Gold, Silver & The Shares Are On The Move But Here Is The Shocker