This is from top Citi analyst Tom Fitzpatrick:  “We have a bullish break on oil. WTI (West Texas Intermediate) should test $43.45 in this move and other commodities are also likely to do well.  Monthly momentum is showing some positive divergence. Such divergence was last seen at the end of the 1996 – 1998 bear market (see multi-decade chart below). 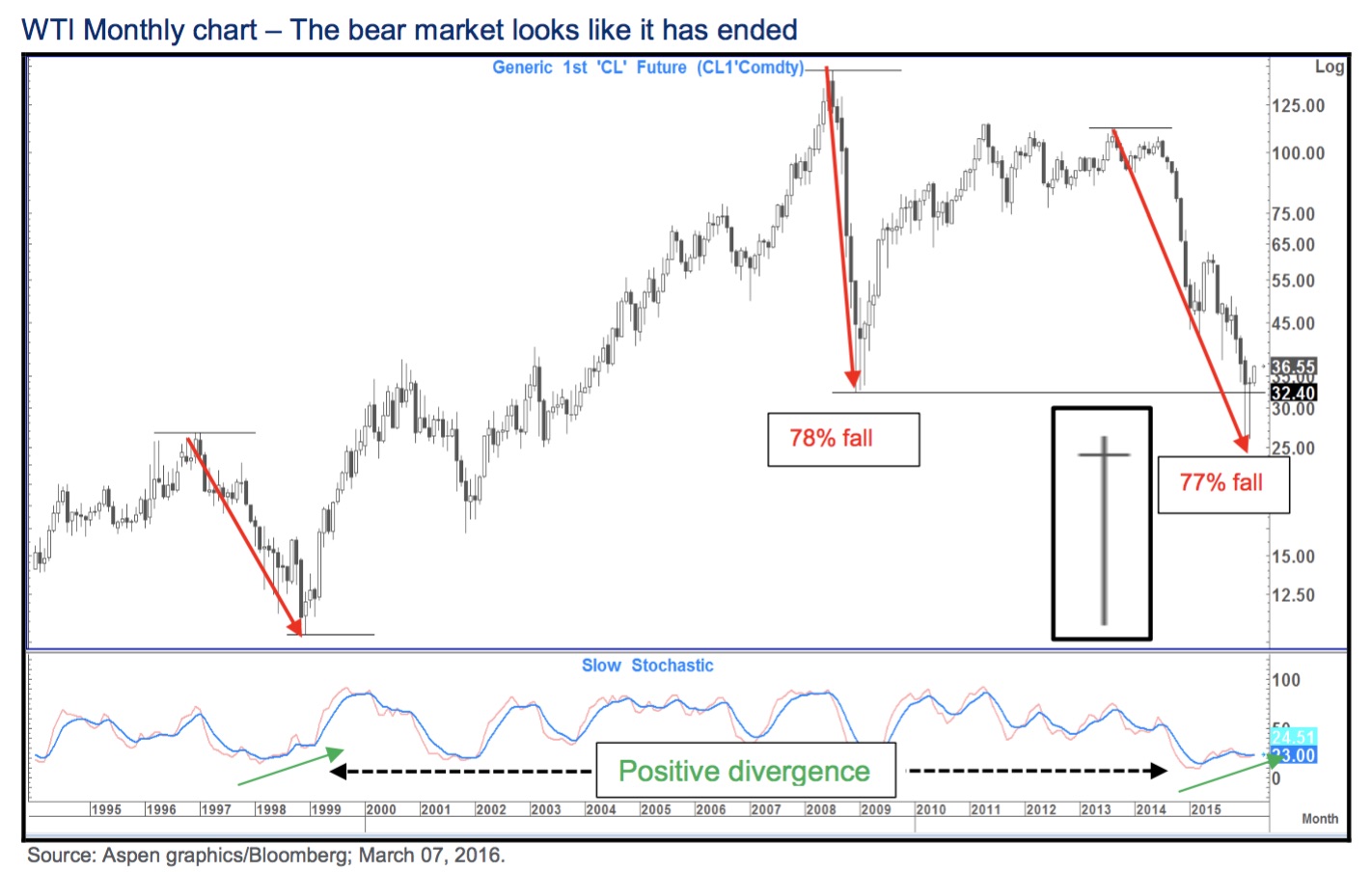 We should also note that the move down from the 2013 high was just under 77%. That is very similar to the magnitude of the 2008 bear market, which saw WTI drop 78% (see chart above). 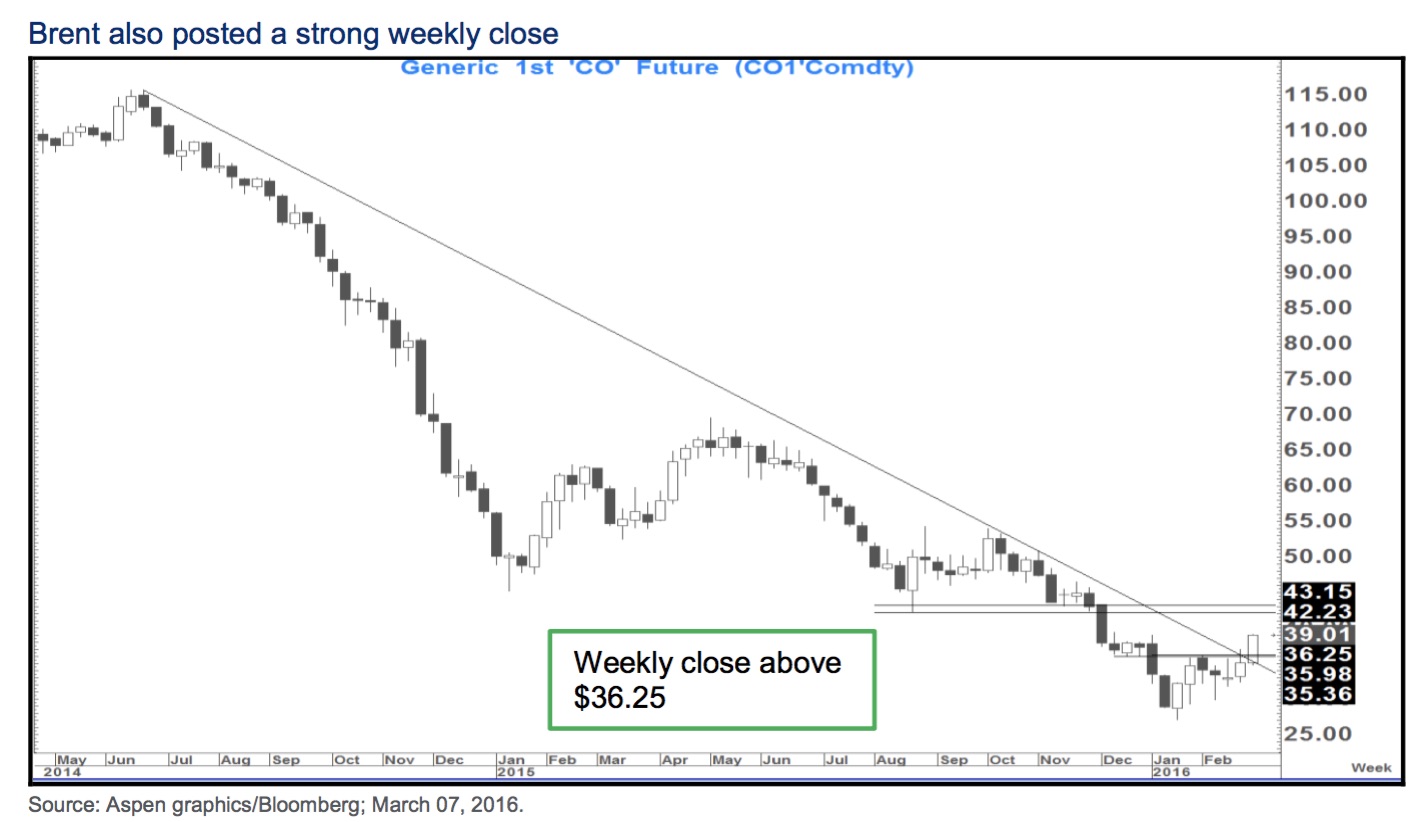 A portion of today’s note from Art Cashin:  Crude Carries The Day After Payrolls Puzzle A Bit – The jump of 242,000 in the headline non-farm got the media pundits all excited with one or two claiming it might put a rate hike in March back on the table. Luckily, a few with more sense noted that the rest of the data was not an unalloyed joy. Wages fell as did hours worked – hardly robust signs.

Even the headline data raised some questions. At first glance, it looked like 129,000 of those jobs may have come from assumptions in the BLS “Birth/Death” model. (We’re still checking.)

Further, the “former frigid February” paradox that I mentioned last week may have led the BLS to add over 100,000 jobs to seasonally adjust for the presumed weather effect. (We’re still checking that too.)

If those two conditions obtained nearly all of the payroll gains may have come from assumptions rather than two- legged people.

Anyway, while the pundits obsessed about payrolls, it was crude that called the tune on Friday. An early fade in crude killed the opening rally in stocks and had them in negative territory until crude made a sharp upside reversal at 10:00 and ignited a frenzy of short covering in stocks. The short-covering started in the low priced energy stocks, spiking some of them up 10% or 20% or more. Shorts in other sectors quickly rushed to cover. Veteran traders were a little taken aback since it is somewhat rare to see that kind of short covering frenzy so many days into a rally.

The short covering broadened into early afternoon when stocks began to plateau by churning choppily sideways until about 2:00 when the S&P resistance was at 2010. The buyers pulled back and prices faded quickly into the resulting vacuum. Nasdaq went mildly negative.

Crude hung tough, however, and bids soon returned to energy and materials sectors. Stocks managed to stagger back and regain half of what they lost in the afternoon fade. A decent finish as the multi-week rally continued.

Consensus – Crude will remain at center stage. Any rally attempt will face a resistance band around S&P 2010/2014. Fischer’s comments will be watched closely as he seems to be intent on keeping open the likelihood of rate hikes this year. Stay wary, alert and very, very nimble.