While the US is closely monitoring the massive hurricane in the Gulf, it appears a much bigger storm is coming in the form of China launching a digital gold-backed currency at the start of 2022 at the Winter Olympics which are being hosted in Beijing.

China To Launch Digital Gold-Backed Currency
August 29 (King World News) – Dr. Stephen Leeb:  The link I provide here, https://news.cgtn.com/news/2020-12-12/Why-is-China-moving-to-digital-RMB–W3n61i8Wvm/index.html, will get you to an infomercial that appeared a while back on China’s international English-language cable TV channel CGTN. It explains China’s introduction of a digital renminbi. Pay attention to the color of the digital coin in the graphic. It’s gold, and it will be launched in February of 2022 at the Winter Olympics being hosted in Beijing. And while the infomercial never mentions gold explicitly (China for as long as I have been following it has been exceedingly circumspect about explicit mentions of gold, with a few salient hints), I don’t think that’s a coincidence. I think you can take it as a sign of things to come.

It speaks volumes about where the world is headed, and probably sooner rather than later – which is towards the end of the dollar as the world’s reserve currency and towards a new global monetary system, brokered by China, that is underpinned by gold.

It’s an upheaval that you might think Americans should bemoan and resist. And yes, it does reflect the decline of this country from its pinnacle of power and influence in the middle of the 20th century. But that decline has been ongoing for decades, since the 1970s and has led to where the world’s financial system is dangerously flirting with a likely financial crisis of major proportions – something that a new reserve currency backed by or linked to gold can potentially avert. If the world can move in relative unison towards such a remaking of the financial system, it would benefit everyone (other than, perhaps, the financial industry that has long been the major beneficiary of the current dollar-based world, but let’s not be too concerned about the fate of those who have lived in such luxury for so long). 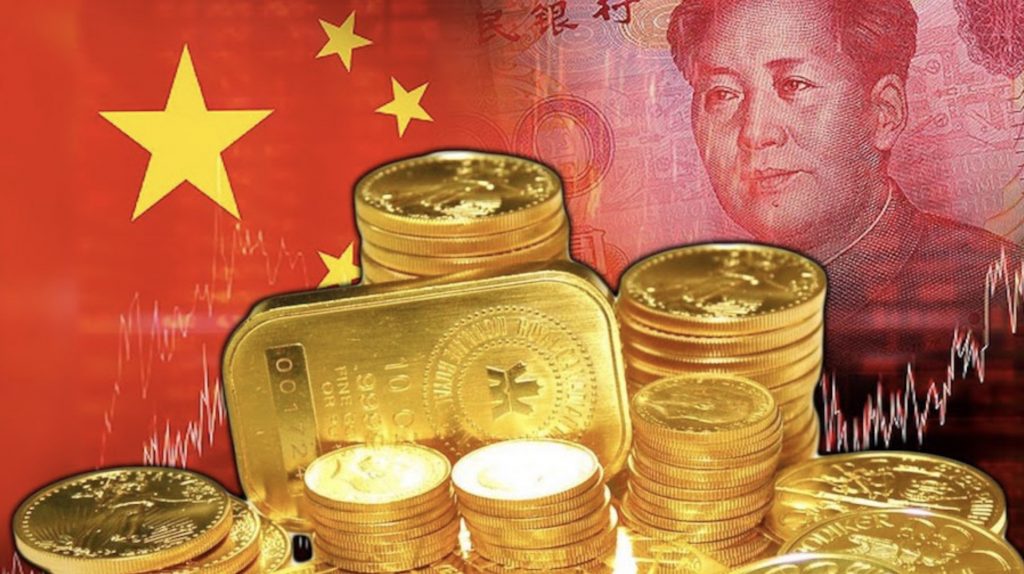 The financial industry consumed and remade other industries through mergers and acquisitions. It erected Rube Goldberg-like financial infrastructure whose major purpose was to create a greater need to spend money and provide ever greater rewards to corporate chieftains. Profits rather than productivity became the overriding financial goal. Technology was harnessed to bolster this burgeoning financial sector in the new world of “fintech.” Meanwhile, inequalities widened as benefits flowed largely to the very top of the income pyramid.

As the financial sector became an ever bigger part of the overall economy, its actual contributions were small to negative. Andrew Haldane, who recently resigned his post as chief economist at the Bank of England, is widely regarded as one of the most brilliant thinkers about the financial industry. He has argued in multiple articles that the contribution of the financial industry to GDP is vastly overstated. Commenting on the 2008- 09 crisis, Haldane and his co-author noted that “if risk-making were a value-adding activity, Russian roulette players would contribute disproportionately to global welfare.” Haldane could have added that overstating GDP and productivity is equivalent to overstating real growth and understating inflation.

It has taken us to a juncture where the risks to the world of maintaining the dollar as the world’s reserve currency have become too great to ignore. Those risks center less on commercial lending run amok than on the actions of the Federal Reserve. 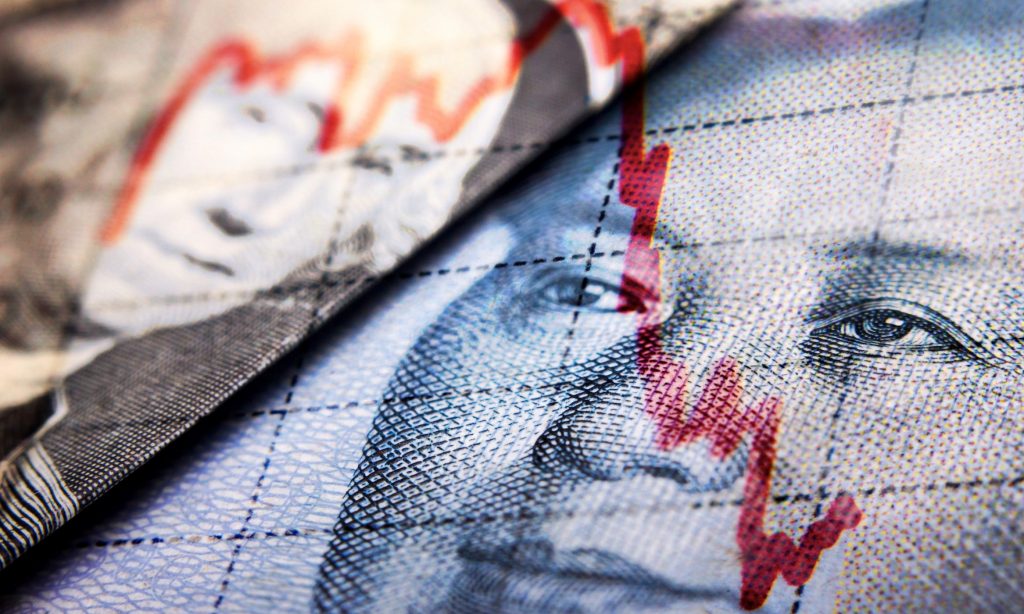 It’s A Matter Of When, Not If A Financial Crisis Occurs
The Fed’s actions – made possible only because of the dollar’s role as a reserve currency – have resulted in assets in the form of interest-bearing securities that exceed $8 trillion offset by liabilities in the form of about $8 trillion that sit in as deposits on the balance sheets of U.S. banks. The consequence is an economy in which nominal GDP growth is in double digits yet long-term bond yields are below 2% with record debt levels. It’s a matter of when, not whether, a financial crisis occurs.

Now let’s look at another important part of the picture: the emergence of the developing world – with 85% of the world’s population – and the pressure that puts on resources as the world faces an urgent need to transition to renewable energies. Making that transition will take enormous amounts of resources, the bulk of which are located in the developing world.

As I’ve said before, it’s the threat of dire resource scarcities, even more than climate change, that makes it so urgent to achieve a renewable “circular” world before we run out of time and materials. Steven Koonin, a former science advisor to the Obama-Biden administration, points out in his recent book “Unsettled” that our knowledge of the climate is insufficient to make accurate predictions of decades ahead and argues that even worst- case scenarios don’t pose existential threats. The same can’t be said of resource scarcities, which have the potential to destroy civilization.

For me, a projection that most stands out is that worldwide per-capita consumption of materials is expected to climb by over 30% as developing countries remain on rapid by necessary growth path. It makes it clear that for developing countries to catch up, overall world growth will have to accelerate sharply. That points inexorably to a dramatic rise in demand for all the materials needed both for infrastructure (roads, rails, ports, etc.) and non-infrastructure edifices such as hospitals and schools.

One conclusion is that it has never been more critical to have a reserve currency that can facilitate growth across the globe, or at least a large part of the globe. China and to at some extent Western Europe seem aware of the existential stakes. It will be China that will take the next critical steps in introducing the world to a new reserve currency. The need for this new monetary system has quickly gone from desirable to urgent.

Rise Of The Gold-Backed Yuan
The demise of the dollar as a reserve currency cannot come fast enough. Is China ready to take the next major step on the way to what I believe will be basket of currencies, comparable to SDRs but backed by gold? As I have said before, I believe the first step will necessarily be a digital yuan backed by gold. Then will come the basket of currencies, and you can say good-bye to the dollar as king.

Can this happen in time to avert a major crisis? Honestly, I can’t say. My hope is that commodity prices, after their historic uptrend over the past 15 months, will correct a bit. If they do, investors should grab at the chance to buy the dip.

The other question is whether the U.S. will accept the inevitable. If it does, and all the major players – China, Western Europe, and the U.S. – work in sync, the odds of a successful outcome will be a lot higher.

Gold’s Rise Over The Next Decade Will Be Staggering
I believe that the scope of the mess we have created will likely add dramatically to the nominal target for gold. Over the next decade, gold priced in today’s dollars could rise as much as 1,000 times the price that prevailed when WWII ended. That is not a prediction, but it’s not farfetched, either. A new gold standard, one that unlike that of the past is flexible so as to accommodate growth, is essential. For investors, having gold and commodities is essential as well.