Today the top trends forecaster in the world, Gerald Celente, issued a new trend forecast, plus a look at gold, silver and the US dollar.

US Dollar
September 23 (King World News) – Graddhy out of Sweden:  That is one big fat bearish engulfing reversal candle right at yellow resistance line, at present. This fits perfectly with all my cycles charts at the service; daily, weekly, yearly, 3 year cycle and 15 year cycle.

Major Reversal On US Dollar Will Propel
Gold & Silver Higher 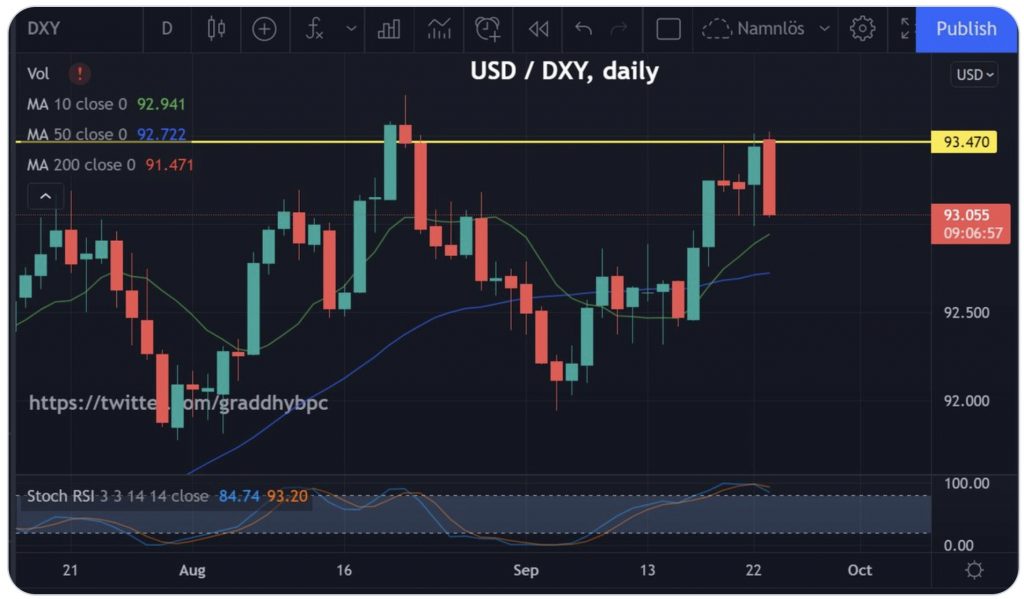 Gold
Graddhy out of Sweden:  Yields might be a problem for precious metals (PM) if the inverse correlation is on. But, it has been off since March 2020 low, and the decade before that it was not crystal clear in any shape or form. Means PM can rise with yields also. The monthly might be setting up. 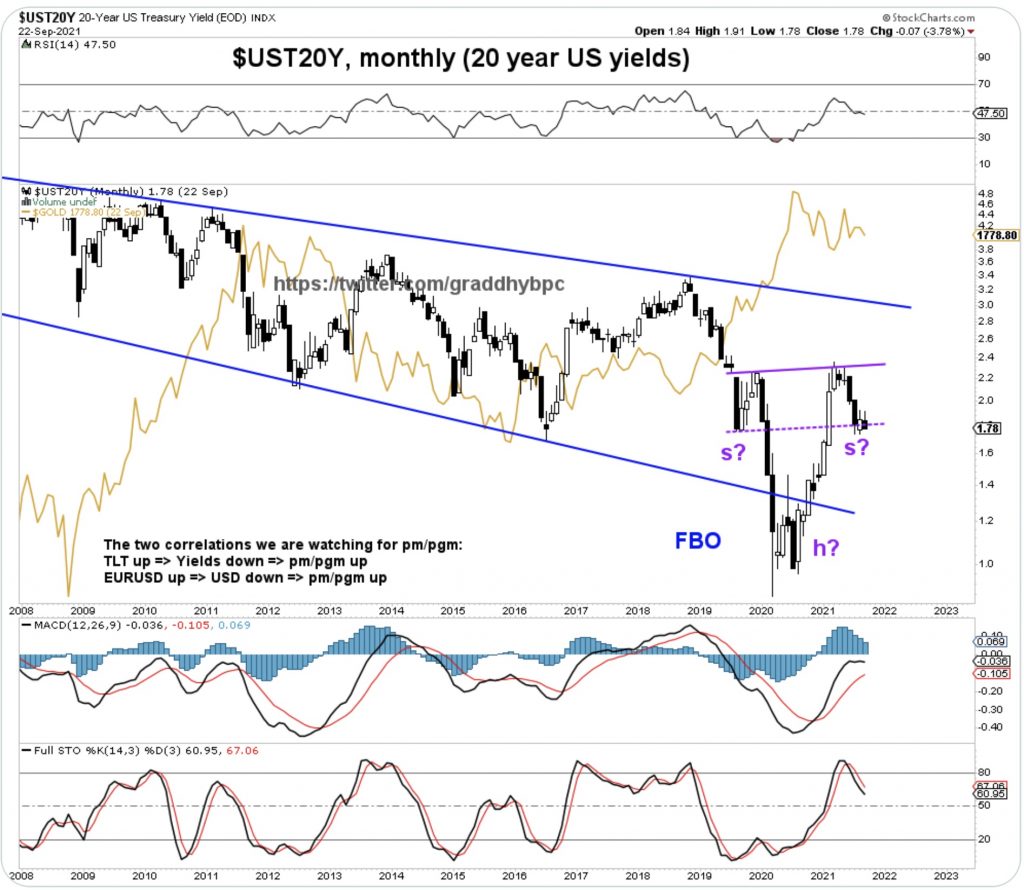 “Rent Too Damn High”
Gerald Celente:  U.S. apartment rents jumped an average of 10 percent in August, year over year, after climbing 13 percent from January through July, as we reported last week.

The rate increase was more than 10 percent in urban hotspots where demand is surging, the company noted.

Rents also were up at least 20 percent in unexpected markets such as Boise, Idaho and Naples, Florida.

After 18 months of the COVID War, landlords now hold the stronger hand.

Invitation Homes Buying Up Rental Homes
Relentless demand for houses to buy, including by private equity firms (“Invitation Homes to Buy $1 Billion Worth of Houses This Year,” 1 Jun 2021) has pushed everyone out of the market who is not cash-rich or affluent, leaving everyone else to compete for a finite supply of rental units.

Mortgage applications for multi-family housing have risen back to pre-COVID levels, the WSJ noted, the federal eviction ban has ended, and federal aid dollars finally are making their way to landlords to offset rent tenants have been unable to pay.

As a result, multi-family property values have gained 13 percent since February 2020, real estate services firm Green Street reported, and more money is now being invested in rental housing than in any other form of commercial real estate, according to Real Capital Analytics.

When COVID struck, apartment rents slid and property values slumped as millions of renters lost jobs and were unable to pay rent. Still, they kept their homes because executive orders forbid property owners to evict tenants who were broke.

Now, with the economy on the mend, young adults are moving out of parents’ homes and shared apartments, returning to cities, and looking for places of their own.

Meanwhile, the newly liberated office workers laboring at home are still seeking to relocate to roomier, cheaper suburban and exurban digs or migrating to outlying cities such as Boise and Fayetteville, N.C.

TREND FORECAST:
As we noted in “Rents Soar as Investors Buy Properties and Raise Rates” (14 Sep 2021), the shortage of houses for sale, and of land and materials to build new ones, will deprive an entire generation of the wealth-building opportunity to own a home.

Losing this traditional, fundamental place in our economy will make younger adults’ even more cynical about “capitalism” leading more of them to see it as synonymous with “plutocracy,” a society controlled by the wealthy as a way for Bigs to grow bigger still. Thus, there will be bigger pushes for socialism.