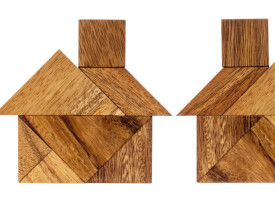 8 Costly Mistakes to Avoid When Building a New Home

Filed under: Design, Home Improvement Shutterstock By Geoff Williams Even if you love where you live, if you own a home that you purchased from someone else, you’ve probably looked around your house before and wondered: “What was the builder thinking?” But not everyone goes that route. Plenty of people pay to have their home custom-built. In other words, some homeowners are the builder — or at least, they’re the

Chinese billionaire in US custody 20 years after scandal

NEW YORK (AP) — One of the world’s wealthiest people — a Chinese real estate mogul at the center of a Democratic campaign fundraising scandal two decades ago — is incarcerated in New York City without bail.

(Reuters) – Canada’s RioCan Real Estate Investment Trust will end a joint venture with Kimco Realty Corp and buy its stake in 22 Canadian properties for C$715 million ($533.66 million). The 15-year-old joint venture managed 35 properties in Canada, including three that were previously occupied by Target Corp, the companies said in a joint statement. The two companies plan to sell 10 properties as part of the plan to end 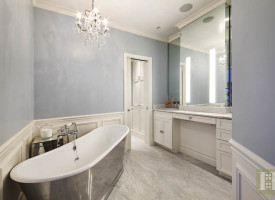 Filed under: Renting ZillowThe renovated apartment has two baths, including this master bath with its full-length soaking tub. By Melissa Allison Now that Jessica Chastain is settled into Leonard Bernstein’s former duplex across from Carnegie Hall, the actress is renting out her old place in Greenwich Village. For $11,500 a month, her tenant will enjoy a renovated and furnished two-bedroom, two-bath apartment with an extravagantly appointed master bath, including a 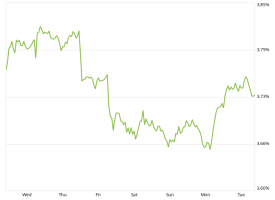 Harvard University’s endowment posted a 5.8 percent return in fiscal year 2015 to hit a record $37.6 billion, the elite school’s in-house fund management company said. The returns for the 12 months ended June 30 were driven by outsized profits in stocks, venture capital investments in technology and biotech, and real estate holdings, Harvard Management Company said in a letter to alumni published on its website on Tuesday. “We have 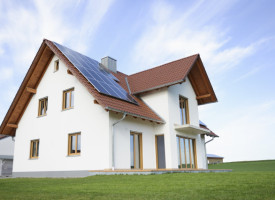 Filed under: Home Improvement, Selling Getty Images By Meaghan O’Neill A home energy audit might not be at the top of your to-do list, but if you’re getting ready to sell your home, here’s why you should make it a priority. If you’ve ever been in the market to buy or sell a house, you’re probably familiar with a few key questions when it comes to utilities. Septic or sewer?

The right-hand man to a billionaire Chinese real estate developer arrested by U.S. authorities for smuggling $4.5 million into the country has admitted the money was used to pay people for “unlawful activities,” a federal prosecutor said. Jeff Yin, who worked for Macau developer Ng Lap Seng, made those statements during a post-arrest interview on Saturday with U.S. law enforcement, prosecutor Daniel Richenthal told a federal judge in Manhattan. “He

China’s Shanghai Zendai Property on Tuesday launched the first phase of an 87 billion rand ($6.4 billion) new city project in South Africa, saying the slowdown in the world’s second-largest economy would not affect construction. Asked if the project would be affected by cooling Chinese growth, Shanghai Zendai’s local chief executive, Anthony Diepenbroek, said “No, not at all … we also raised local financing. While Chinese companies have been building

By Allison Lampert MONTREAL (Reuters) – The top real estate executive of Canada’s second-largest pension fund said he won’t have to make riskier investments to achieve his target of a 7 percent to 8 percent average annual return for the next decade. Daniel Fournier, chief executive of Ivanhoe Cambridge, the real estate arm of Caisse de depot et placement du Quebec [CDPDA.UL], said on Monday he won’t have to take