As we kickoff what will surely be another wild week of trading, one of the greats just said, “buy gold and silver on all dips. Plus expect rate cuts and a look at bullion banks and large shorts.

“Buy Gold & Silver On All Dips”
March 2 (King World News) – Peter Boockvar:  It’s not just high school kids that experience intense peer pressure. It’s central bankers too. How else to explain the global cry to them for help when most of those crying know there will be little to no economic impact, only psychological. With the Fed, calls are rampant for them to cut NOW, not even bothering to wait two weeks for their next meeting…

We don’t have a financial crisis on our hands but hysteria is hysteria and the Fed is still looked to as the savior. Regardless that the Fed has only 6 rates left to cut assuming zero is the ultimate destination. Anticipating the March rate cut, the 3 month bill is down 16 bps today to 1.13% after falling by 15 bps on Friday. On the assumption that the Fed will succumb to the peer pressure, buy gold and silver on all dips.

Let’s all understand that it’s been the Fed that has trained this dog (markets) to expect treats upon demand. Either way as to when the Fed will cut, it will be a flattening in the pace of virus spread that will be the biggest economic and market stimulant than anything else.”

Expect Rate Cuts
Ole Hansen, Head of Commodity Strategy at Saxo Bank:  US rate cut expectations continue to surge with Fed Funds futures up by another 11 bp since Friday. Imminent rate cut(s) are now priced in (see below). 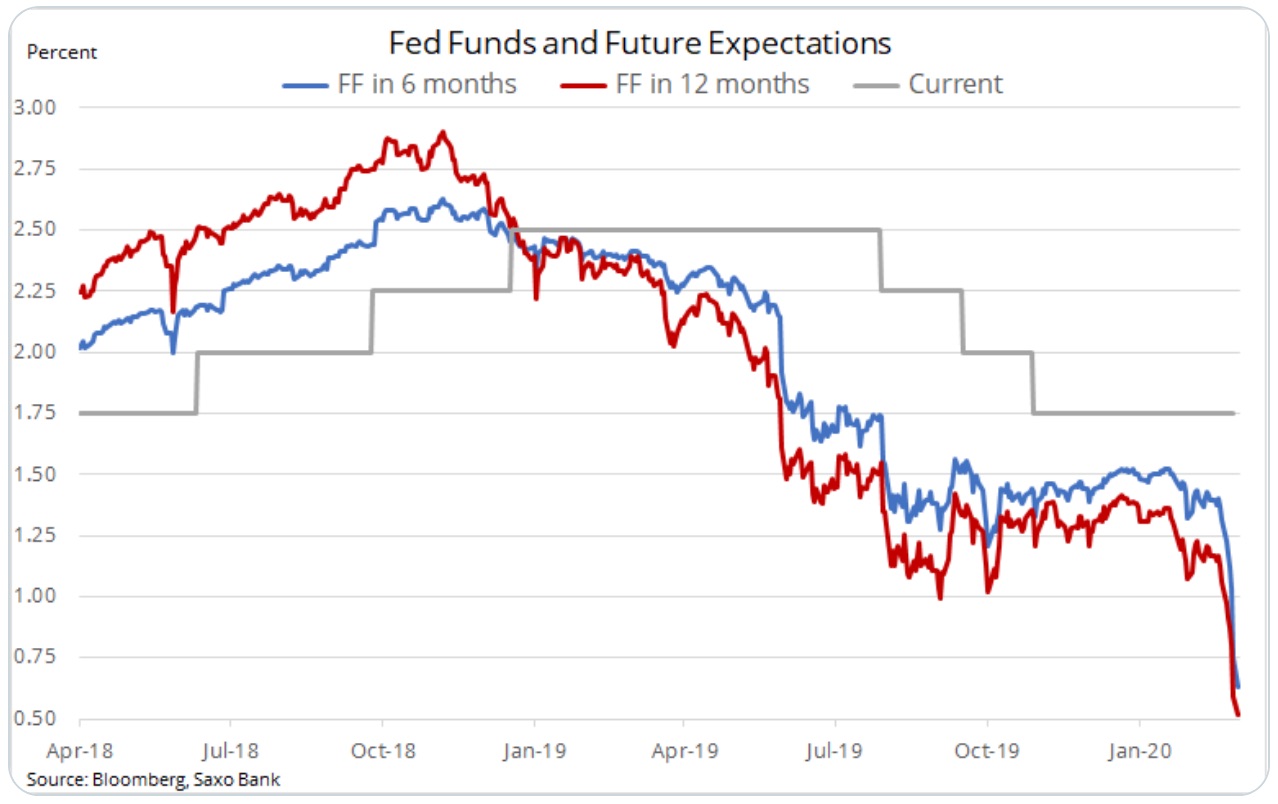 Gold & Silver
Ole Hansen, Head of Commodity Strategy at Saxo Bank:  The gold net-long increased again but only by a surprisingly small fraction. Perhaps a sign that leverage funds, in response to a near doubling of the VIX to 28% last Tuesday, had already begun cutting exposure ahead of the carnage that followed.  Silver longs were cut by 8% after hitting a 30-month high the previous week. This before the white metal suffered its biggest weekly loss in 7 years and the cost of one ounce of gold jumped to 95.5 ounces of silver, a 30-year high. (See below). 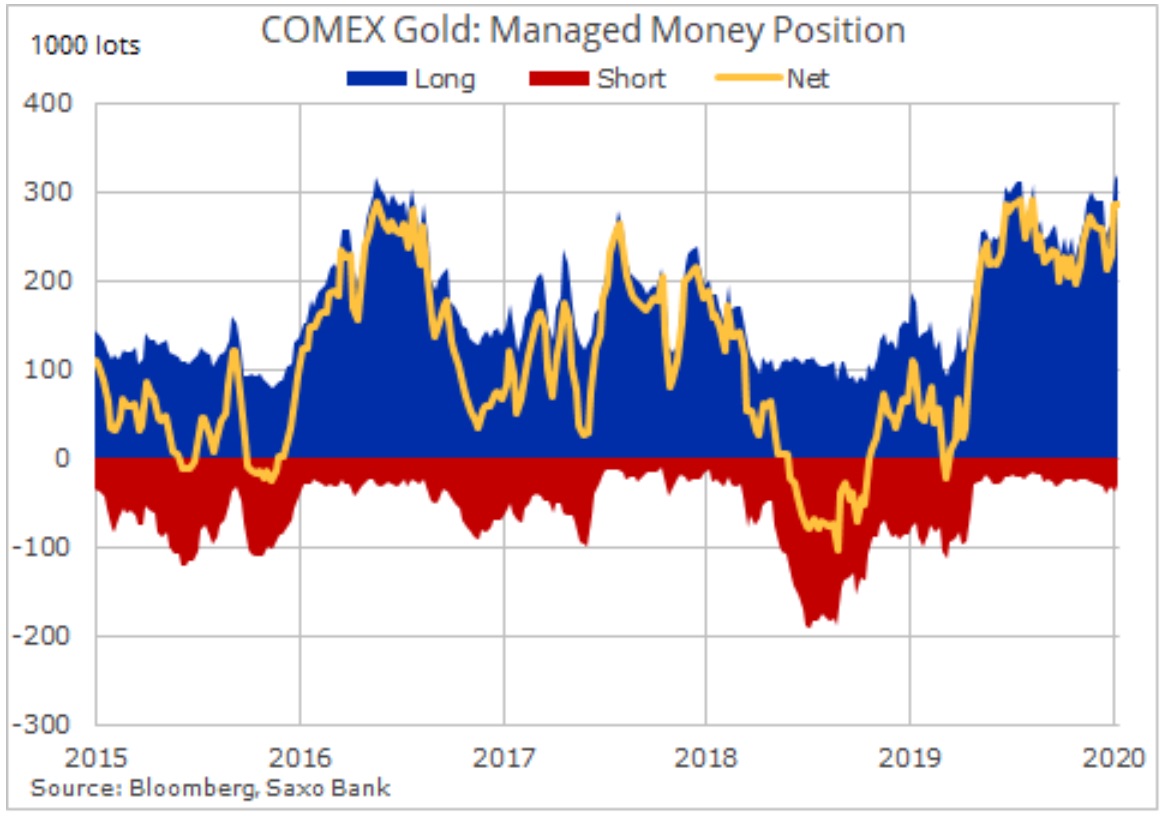 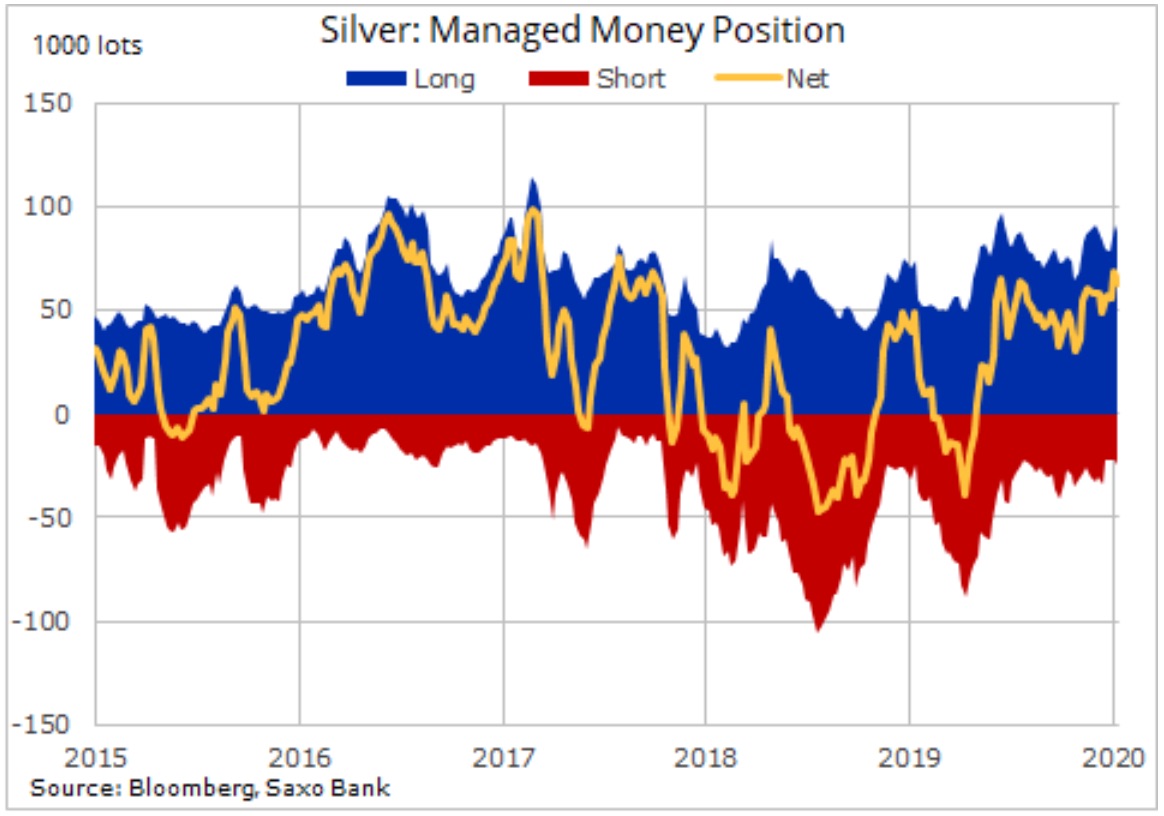 Bullion Banks And Large Shorts
Alasdair Macleod:  On Comex it’s not the largest four traders (BBs) that are in trouble – their shorts are close to average. It’s the smaller ones. (See below). 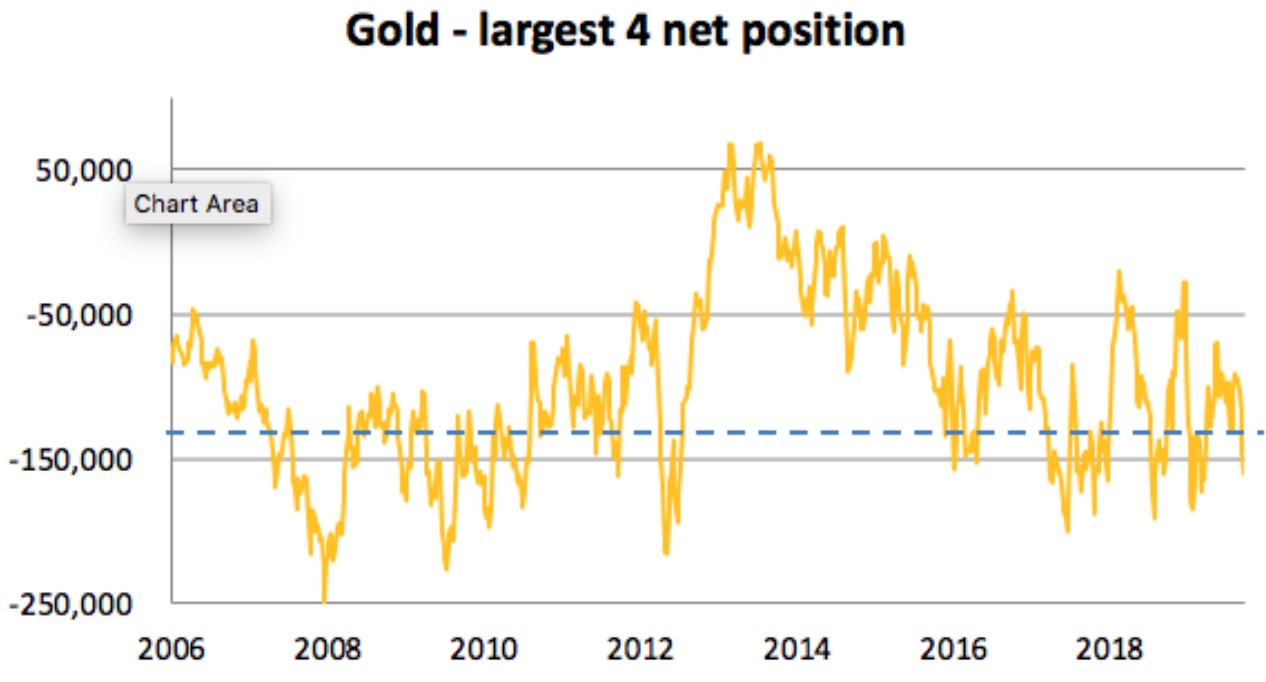 However, Non Bullion Banks Shorts
Were In Serious Trouble 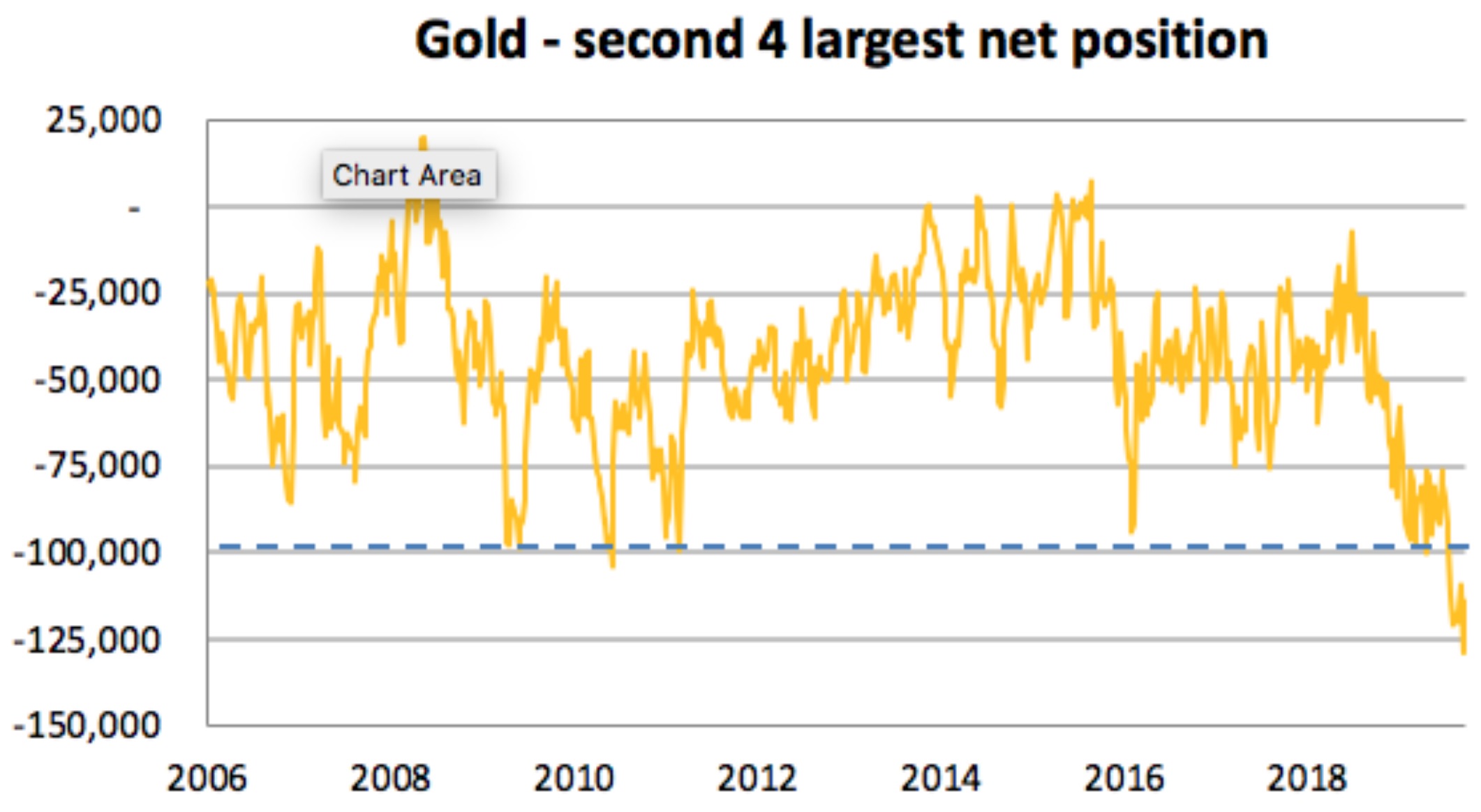