At the end of the second week of trading in July, bullion banks have increased their short positions in the gold market.

Swaps Forced To Increase Shorts
July 9 (King World News) – Alasdair Macleod:  The Commitment of Traders Report for gold tonight shows both Swaps (bullion bank trading desks) and the Producers/Merchants categories increasing their short positions in a rising market. The largest speculator category increase was Managed Money (hedge funds). None of this was a surprise.

The managed money position is still less net long than the long-term average of about 110,000 contracts. The next chart shows the Managed Money net longs and the gold price. 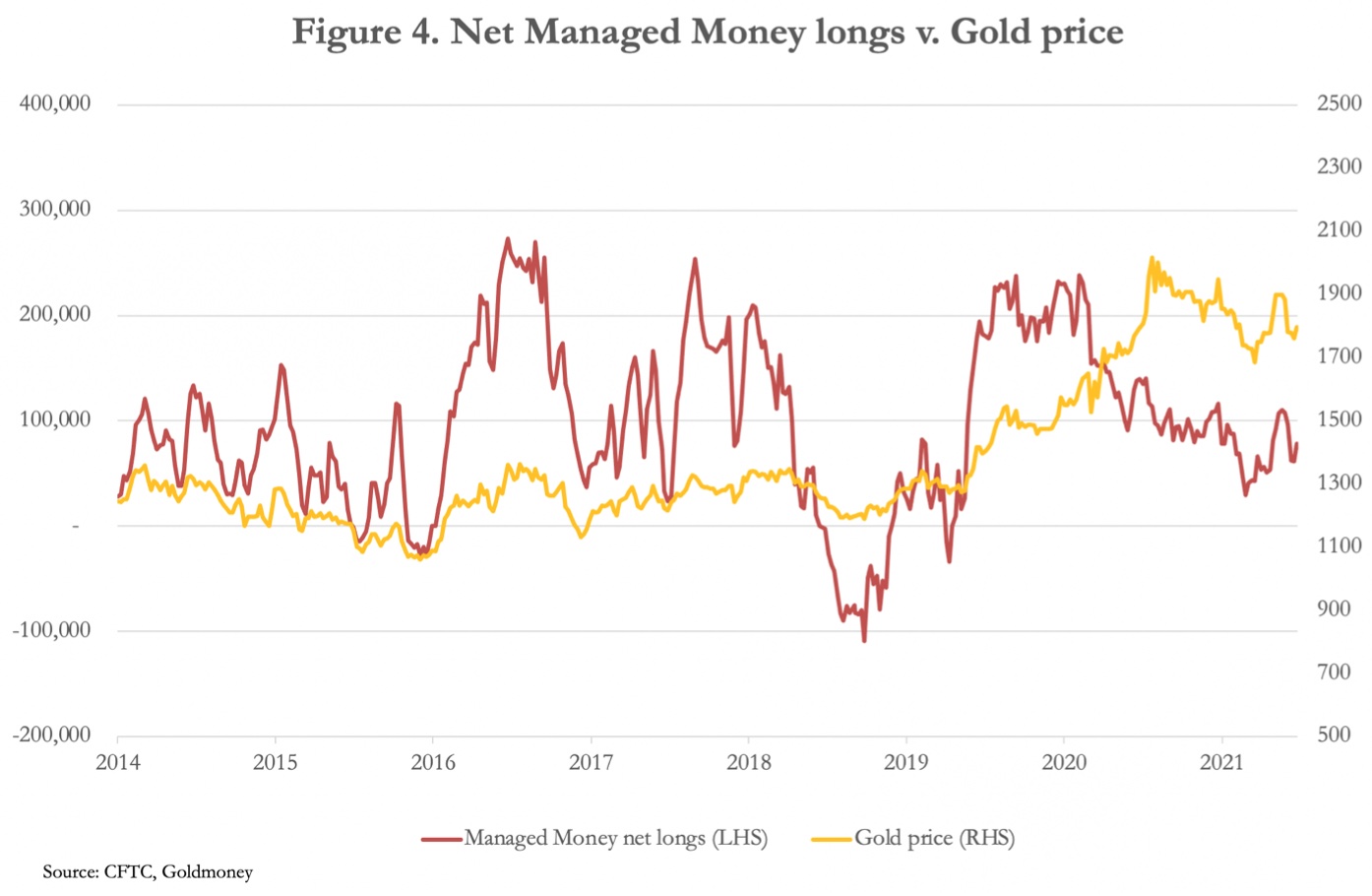 Their net longs and the gold price are corelating, which confirms that hedge fund activity is driving the price. Furthermore, we can confirm this by looking at open interest, which from the previous COT report rose by 12,451 contracts compared with Managed Money net longs up 16,578. What the hedge funds do in the coming weeks will obviously be important for the price.

Meanwhile, the Swaps have a problem. The bullion banks among them are likely to want to wind down their positions because they now operate under the new Basel 3 rules. This means financing positions has just become more expensive. But in aggregate, the value of their shorts has just risen, as the next chart shows. 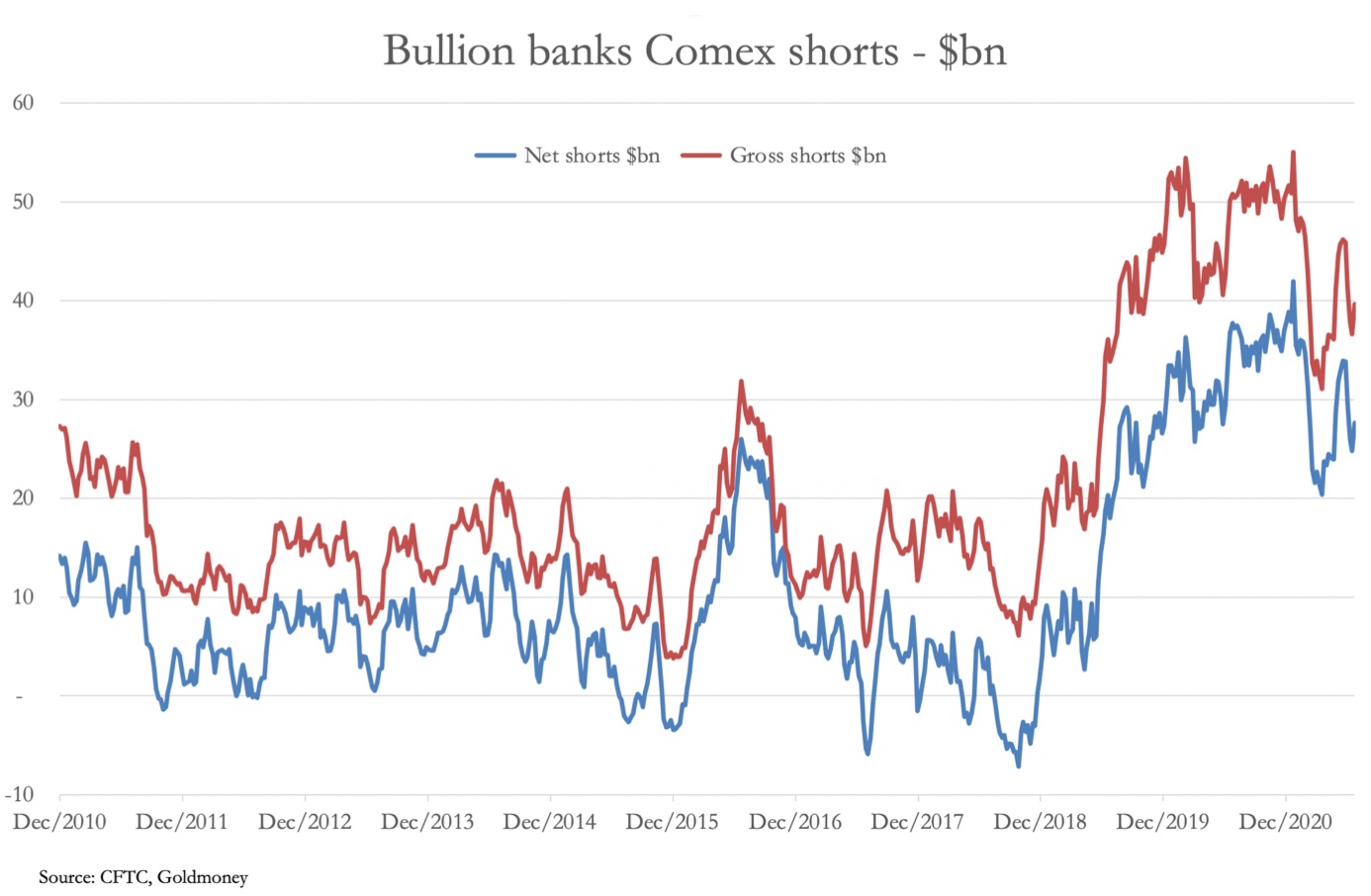 Gross shorts are now $39.6bn and net of longs, $27.6bn. The position refuses to decline to more normal historic levels.

Meanwhile, the gold price has a good, if unspectacular, feel about it. Every time traders try to push it under $1800 it just bounces back. And this is against a background of consolidating commodity prices and a firmer dollar…KWN has just released an audio interview with Alasdair Macleod discussing the gold and silver markets and you can listen to it by CLICKING HERE OR ON THE IMAGE BELOW.