A Breakout In Interest Rates?
October 25 (King World News) – Very important note from Andrew Adams at Raymond James:  Another item worth watching very closely is that the benchmark 10-Year U.S. Treasury rate climbed above 2.40% yesterday for the first time since early May after failing to do so a couple of times in July and early October (see chart below).

Breakout Threatens To Rock Global Markets
This resistance level could now act as support, and there really isn’t any clear major resistance again until closer to 2.60% (2.42% and 2.50% are more minor resistance levels). Obviously given how important interest rates are to the financial system, this bears monitoring.

Increasing Inflation
King World News note: Andrew Adams is right to warn about rising rates and their impact on the financial system, especially with so many of the world’s derivatives tied to the interest rate markets.  Remember, also, that rising interest rates are a precursor to increasing inflation…

The Caveat
Here is the caveat.  Below is a chart of US 10-Year Treasuries and as you can see, commercials are going long and betting against the breakout, or at least trying to contain it by slowing the advance (see chart below).

Commercials betting against the breakout? 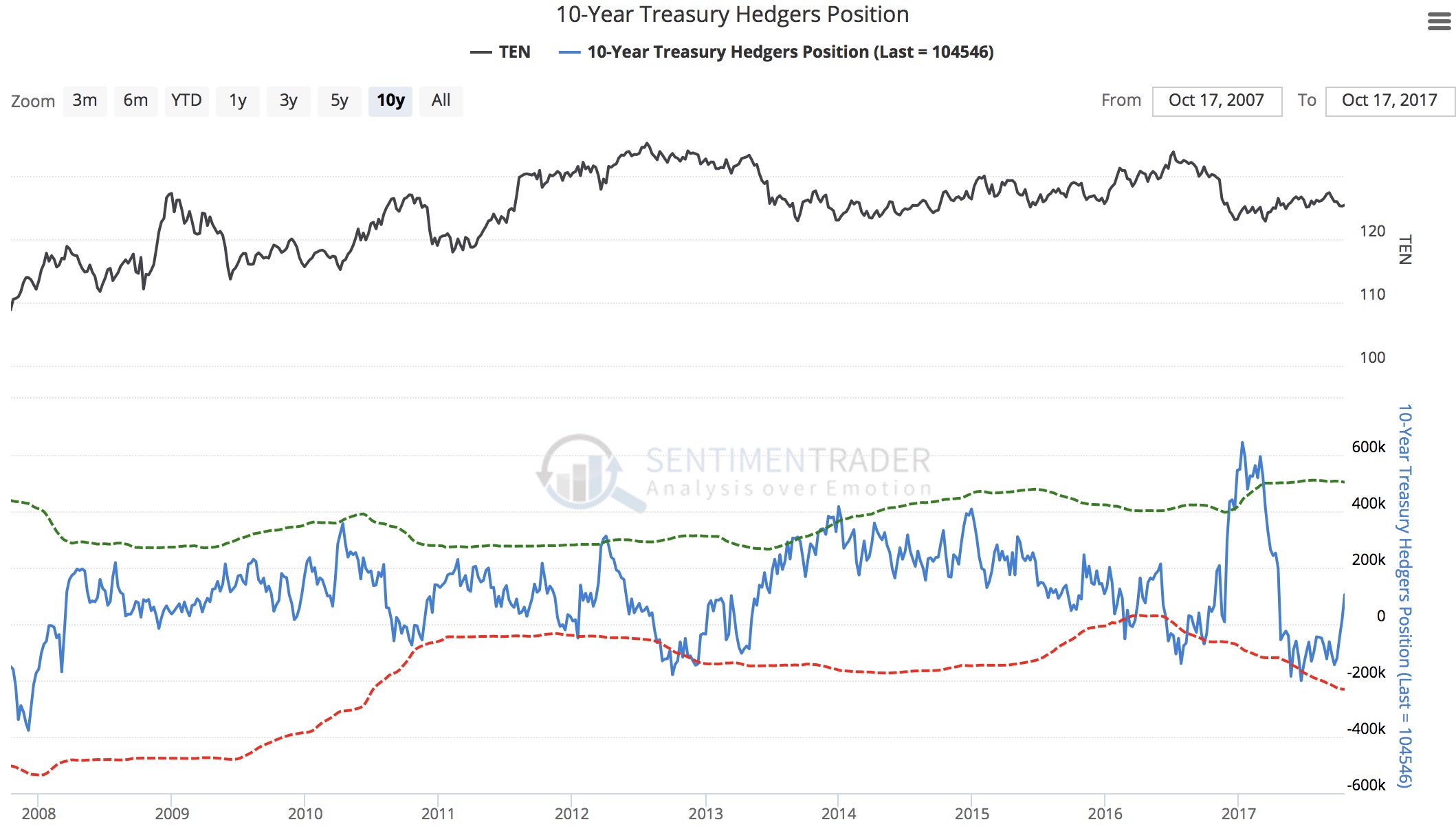 Even more interesting is a look at US 5-Year Treasuries, where commercial long positions have just hit an all-time record! (see chart below). 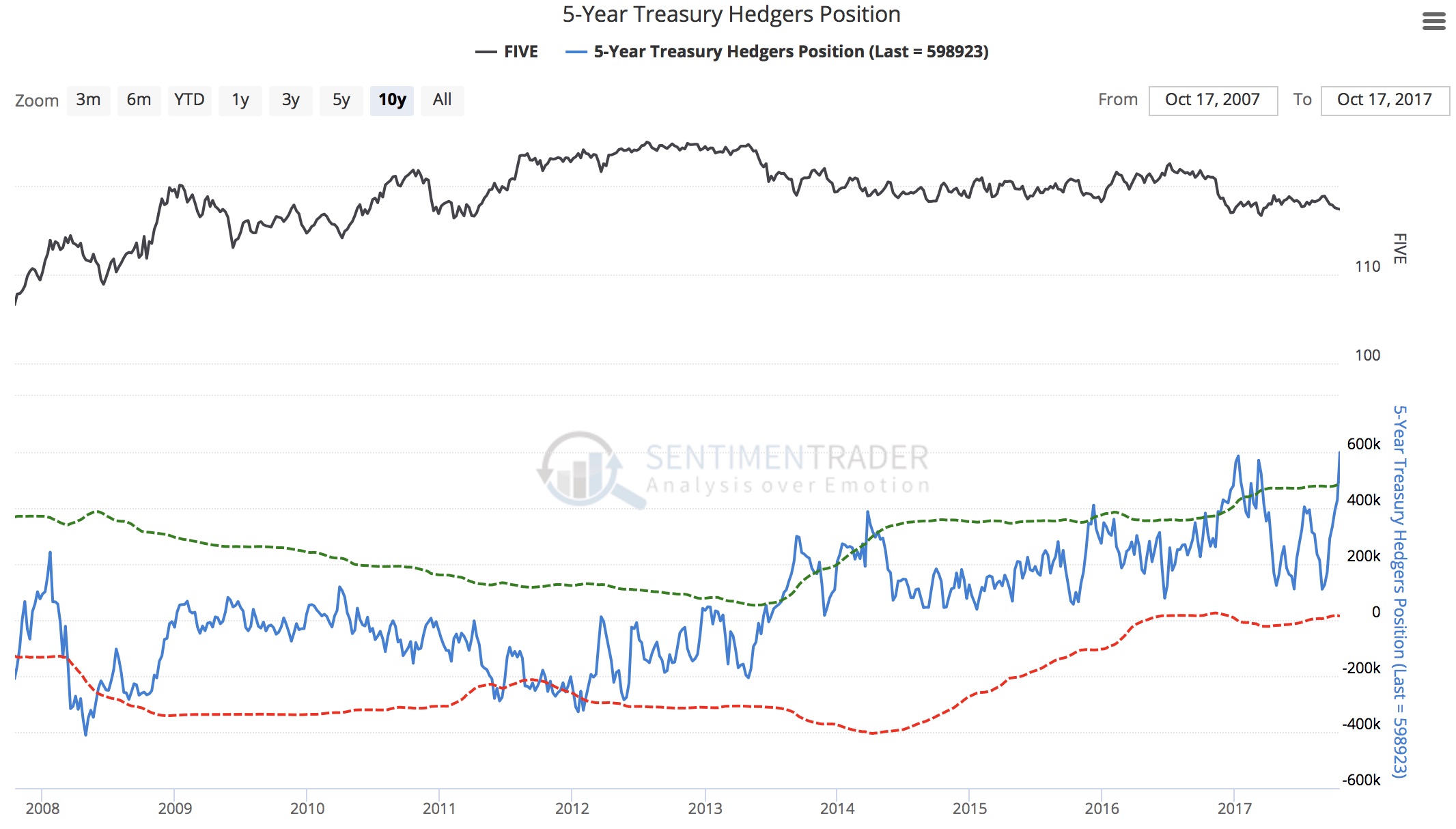 Here is a longer-term chart of commercial positions in 5-Year US Treasuries, which shows how significant the all-time record long positions have now become in this key market (see chart below). 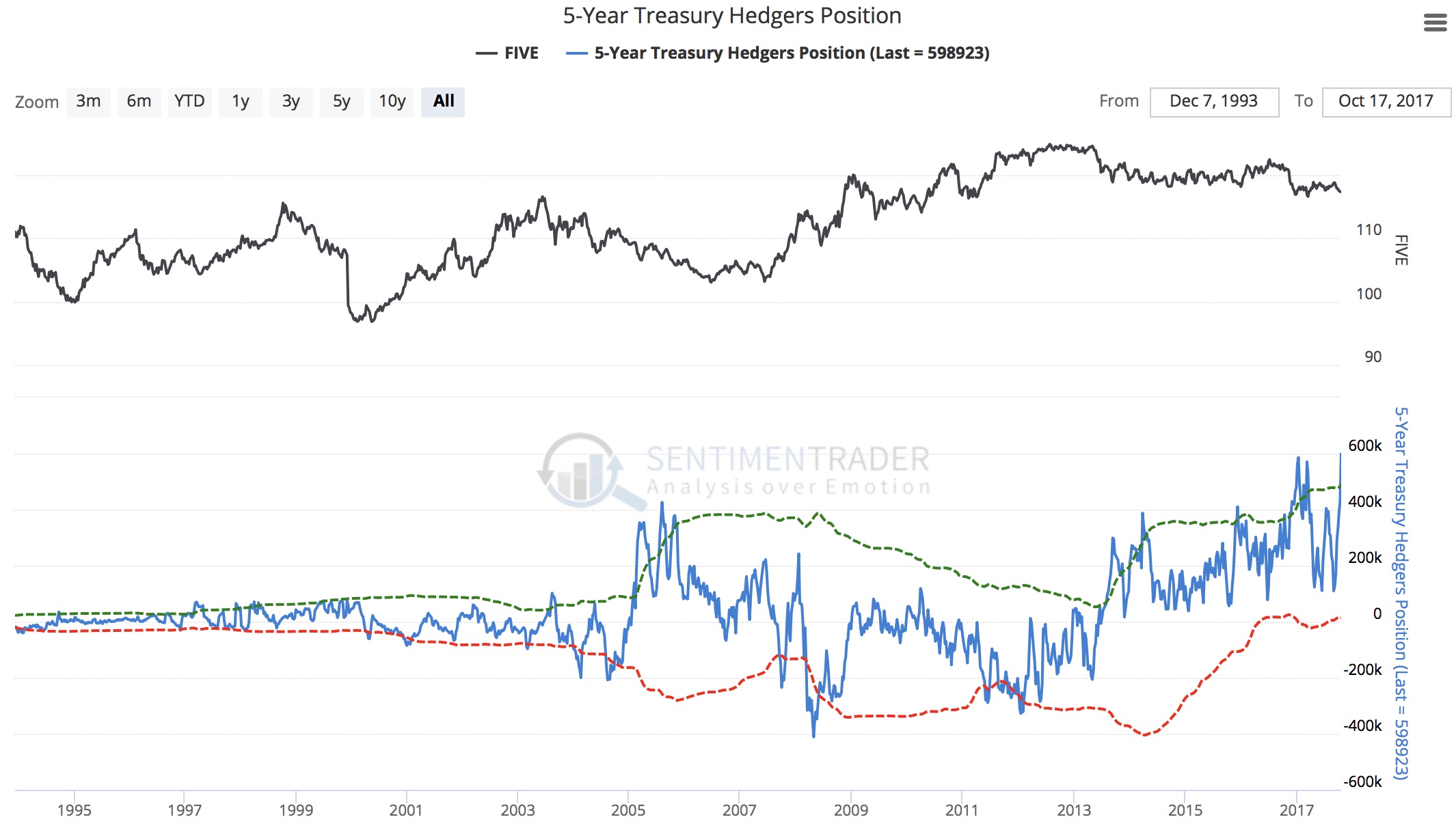 The Bottom Line
Right now there is no question that the most important markets to watch are the interest rate markets.  King World News will keep its global readers informed of any significant changes in these markets, especially since a large move will impact so many global markets.

A Remarkable View Of The War In Silver And The U.S. Dollar