Bullion banks have been using the takedown in the gold and silver markets to cover shorts, plus look at this shocking inflation chart.

May 20 (King World News) – Bullion banks have been covering large numbers of gold and silver short positions. The updated charts below cover the action through Tuesday. 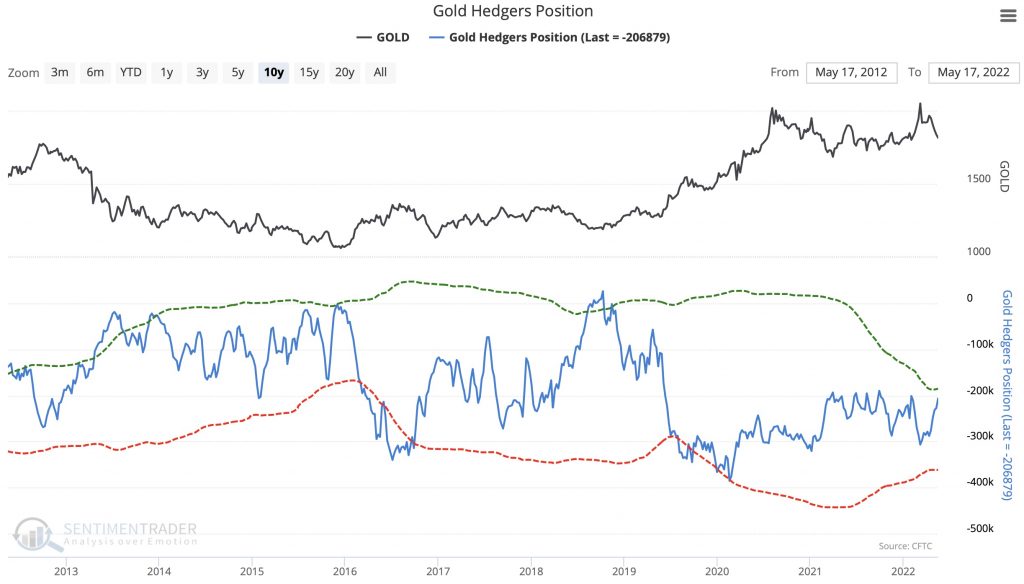 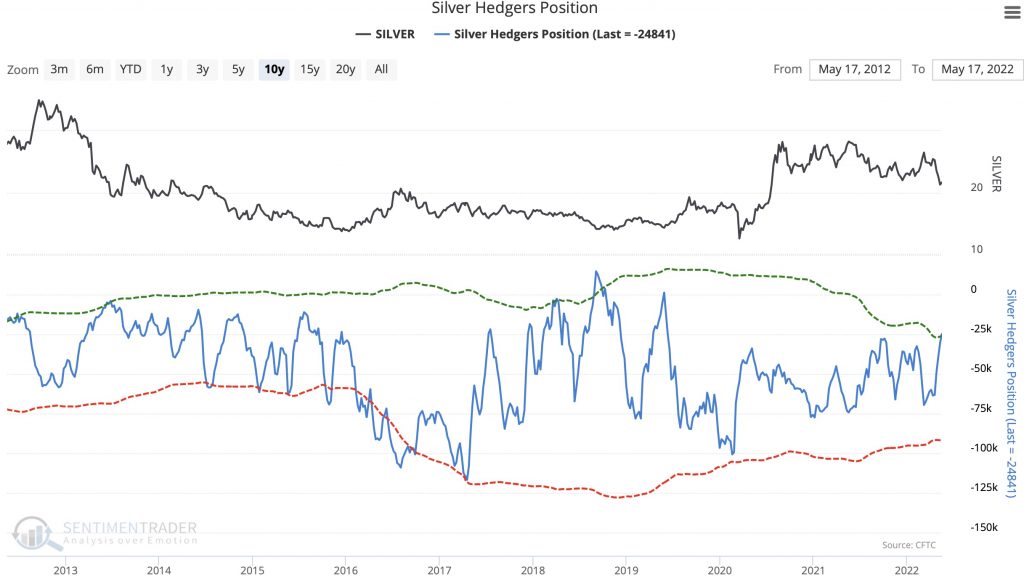 Fred Hickey noted this regarding the latest report:  Today’s COT report for gold (as of Tues.) is extremely bullish. Managed Money (mostly hedge funds) net long futures contracts plunged 30% on the week to a net 43,360 contracts, lowest level of the year and below late-Jan. level, just before gold soared $260oz to a near-record high.

More “Transitory” Inflation
Holger Zschaepitz:  Good Morning from Germany where inflation pressure keeps rising. PPI jumped by 33.5% in April year over year, the highest increase ever since the start of the statistic in 1949 because price increases following the Ukraine war now taking full effect. Energy prices as a whole were up 87.3% year over year. 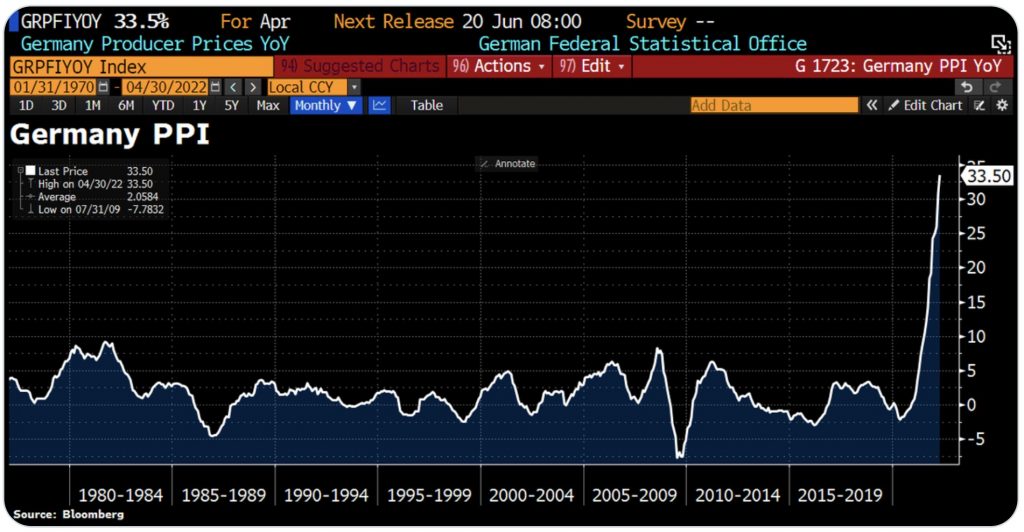