On the heels of yesterday’s plunge in stocks, investors need to buckle up because things are about to get very crazy in global markets.

Buckle Up: Liquidity To Go Negative
June 26 (King World News) – Here is what Peter Boockvar had to say as the world awaits the next round of monetary madness:  The worry over the impact of global tariffs is of course front and center. I do want to remind people though that starting next week, the liquidity flow from both the Fed and ECB will go negative for the first time in years…

The Fed’s QT will increase to $120b in Q3 while the ECB will be injecting $105b (at current FX rate). This gets more pronounced in Q4 when the Fed’s balance sheet shrinks by $150b and the ECB will be adding just $53b. Thus, the BoJ is the clear standout in its QE policy but which has been slowing anyway.  I continue to believe all this really matters and is a key reason for some of the financial accidents we’ve seen so far this year (blow up of short VIX trade, Turkey, Argentina, Italy and broader EM weakness).

Does Anyone Want To Buy US Treasuries?
As has been the trend for a while now, we had another mediocre Treasury auction. The 2 yr was priced to yield 2.538%, a touch above where it was trading at just prior. The bid to cover of 2.73 was below the 12 month average of 2.85. Also of note, dealers got stuck with 42% of the auction, above the one year average of 37%.

Bottom line again is that a yield last seen 10 years ago is still not enough to generate much excitement. We know we have more Fed rate hikes to come, rising inflation, huge supply, and foreigners that are finding other things to do with their excess reserves. There was not a response in the now off the run 2 yr and the spread between it and the 10 yr is unchanged at 34.5 bps but at an 11 yr low. 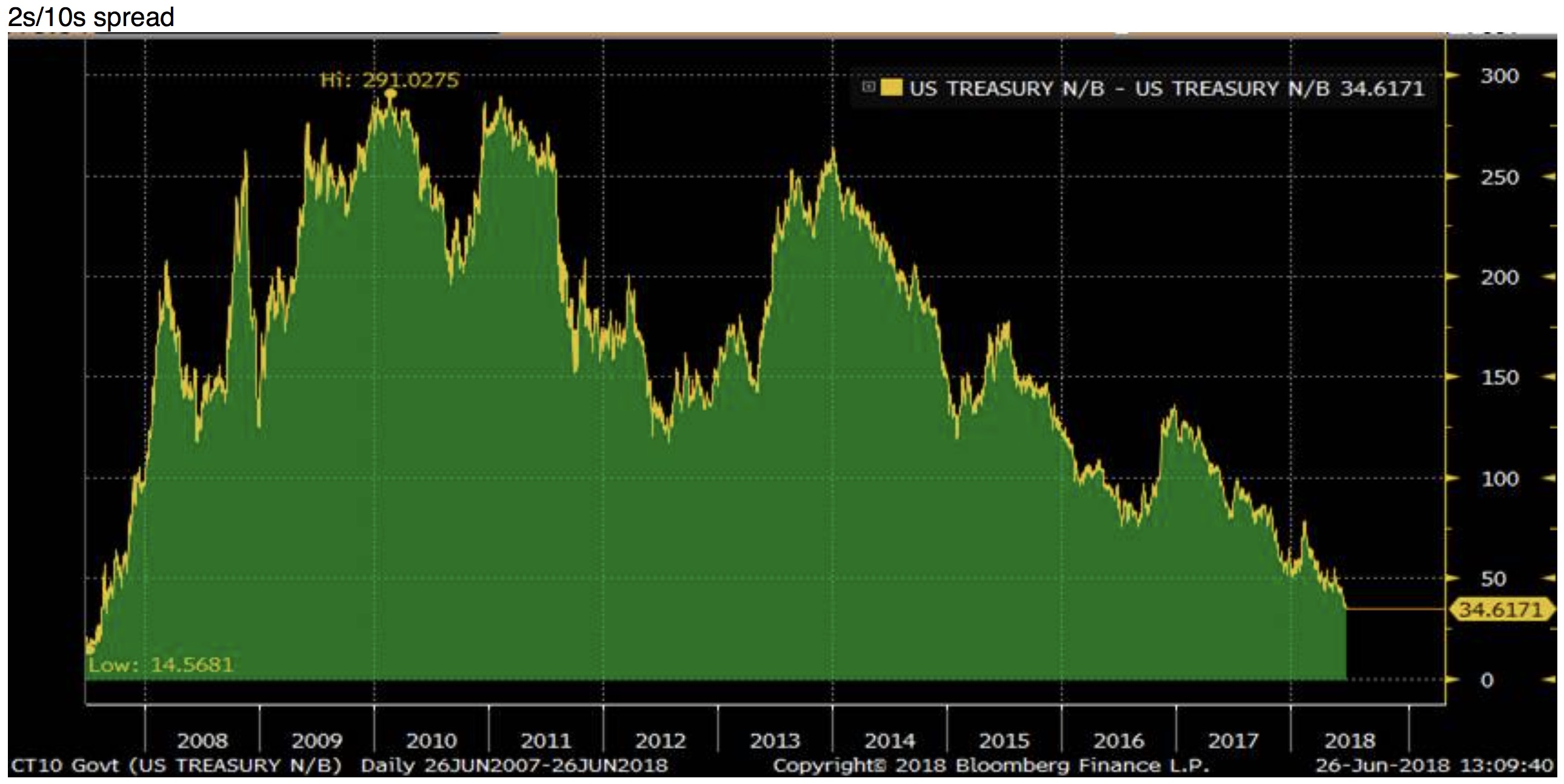 ALSO JUST RELEASED: This Is The Real Reason Why Stocks Got Hammered Today CLICK HERE TO READ.

SPROTT: Gold Correction Is Coming To An End!