The world is heading into the first global sovereign debt “death spiral” in 100 years and it is going to unleash even more chaos.

Situation About To Change For Gold
August 24 (King World News) – Graddhy out of Sweden:  This 14 year blue falling wedge tells us that things will be changing and big capital will find its way into precious metals.

MAJOR TREND CHANGE FOR GOLD:
Gold Close To Breaking Out vs S&P 500 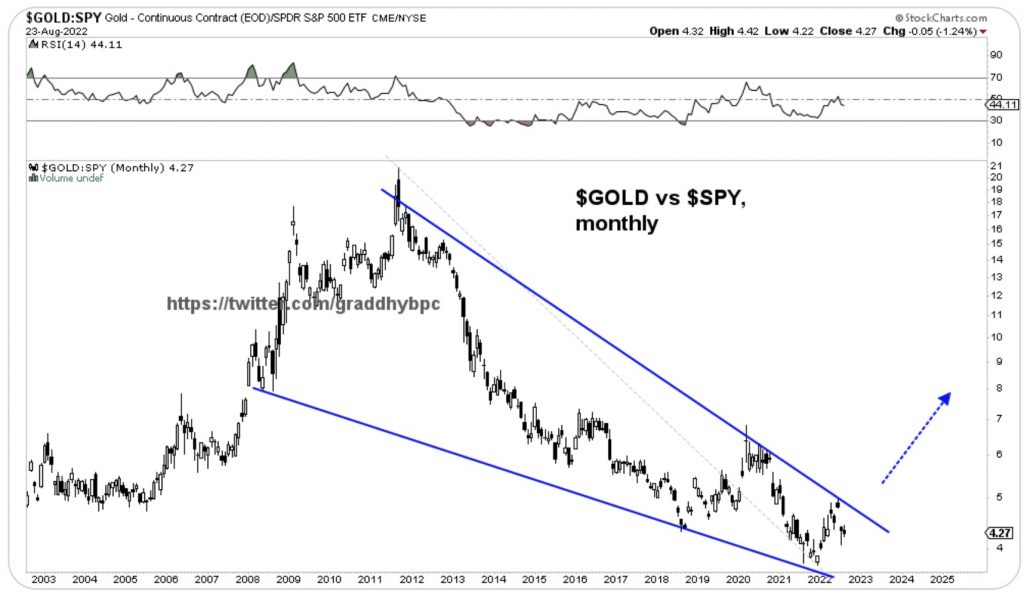 Energy And The US Dollar
Luke Gromen:  1. Energy is the master resource.

2. The spiking USD is not a sign of US strength; it is a symptom of an accelerating global sovereign debt “death spiral”, the first such event in 100 years…

Inflation Genie Out Of The Bottle
Fred Hickey:  Inflation wasn’t a political choice. Politicians were sold a bill of goods (by economists) they could “give away lots of money” without creating inflation. But once high inflation’s created, it’s very difficult to rein in. That’s a political choice and often they don’t choose wisely.

Rising Oil Prices Will Crush Dreams Of Transitory Inflation
Fred Hickey continues:  If oil prices keep rising (as they have for a week+), stock bulls’ dreams of transitory inflation (leading to lower Fed rates) will be over (given higher oil & gas prices, electricity, wages, rents etc.) and stock market will have another Sept/Oct hissy fit.

Expect A Bloodbath In Stocks
Fred Hickey continues:  Was looking back at 2000-2002 bear market (following the tech bubble, which was smaller than today’s “everything bubble”) and noticed while there were several significant bear market rallies, September into October periods were bloodbaths – all three years – in 2000, 2001 & 2002. 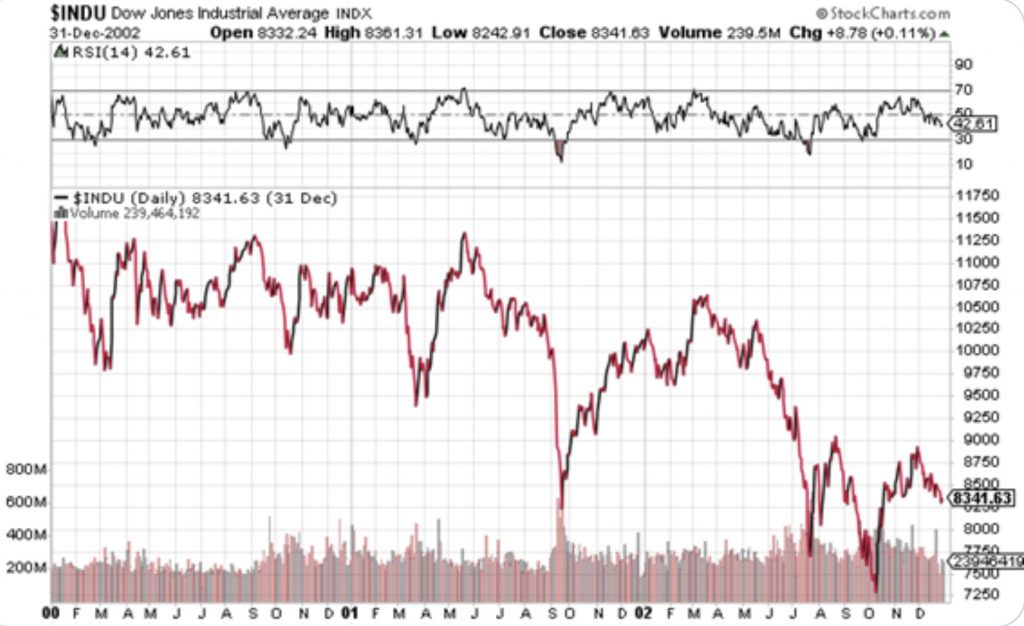 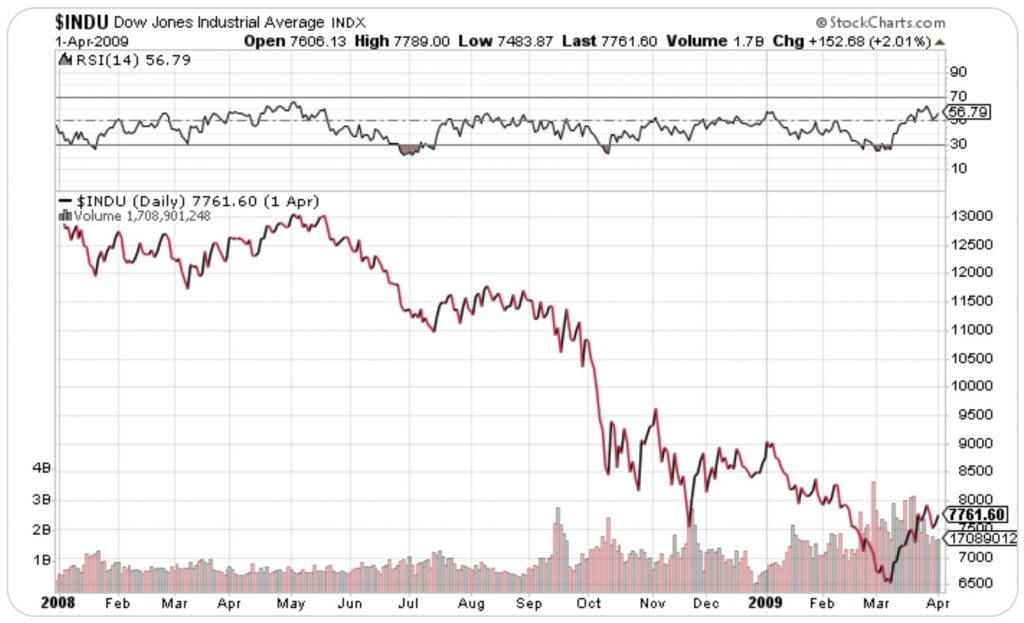 The bears claim gold will get “smashed” if the stock market has a big downturn in Sept/Oct, but in the 2000-2002 bear market that’s not what happened. In fact, during 2001 & 2002 (meltdowns for stocks) gold had nice rallies in the month of September.

Gold Will Rally As Stocks Collapse 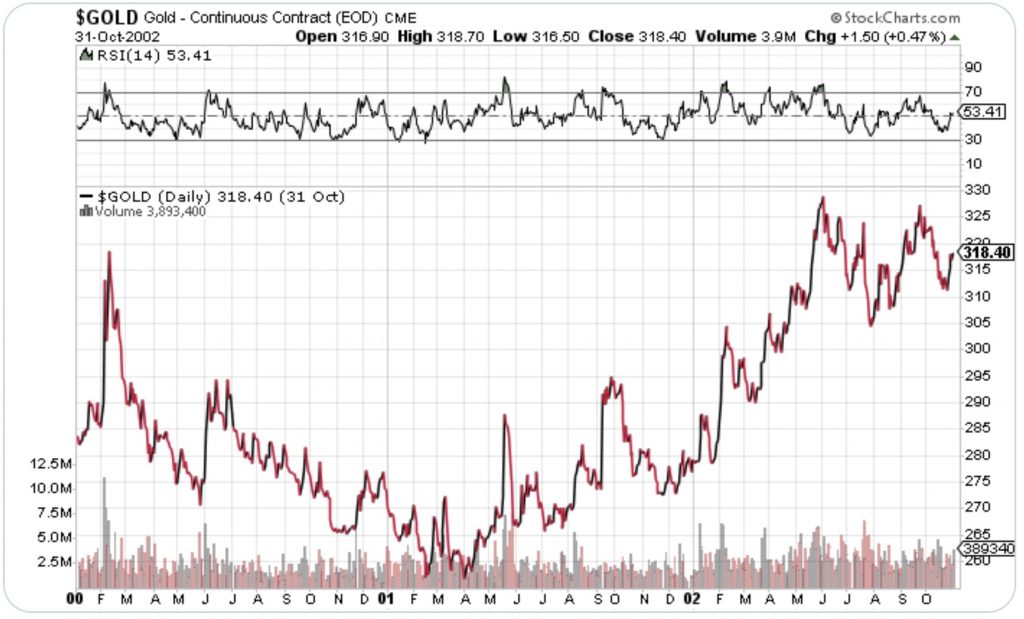 Gold & Bitcoin, Bull & Bear Markets, Plus A Look At Europe