Brother, can you spare a dime? Plus a look at transitory lies, silver, miners and US debt problems.

Transitory Lies
October 19 (King World News) – Otavio Costa:  The commodities equal weighted index just broke above its 2011 highs with authority. 10-year inflation expectations are the next to follow. There is nothing transitory about this.

Inflation Is Anything But Transitory 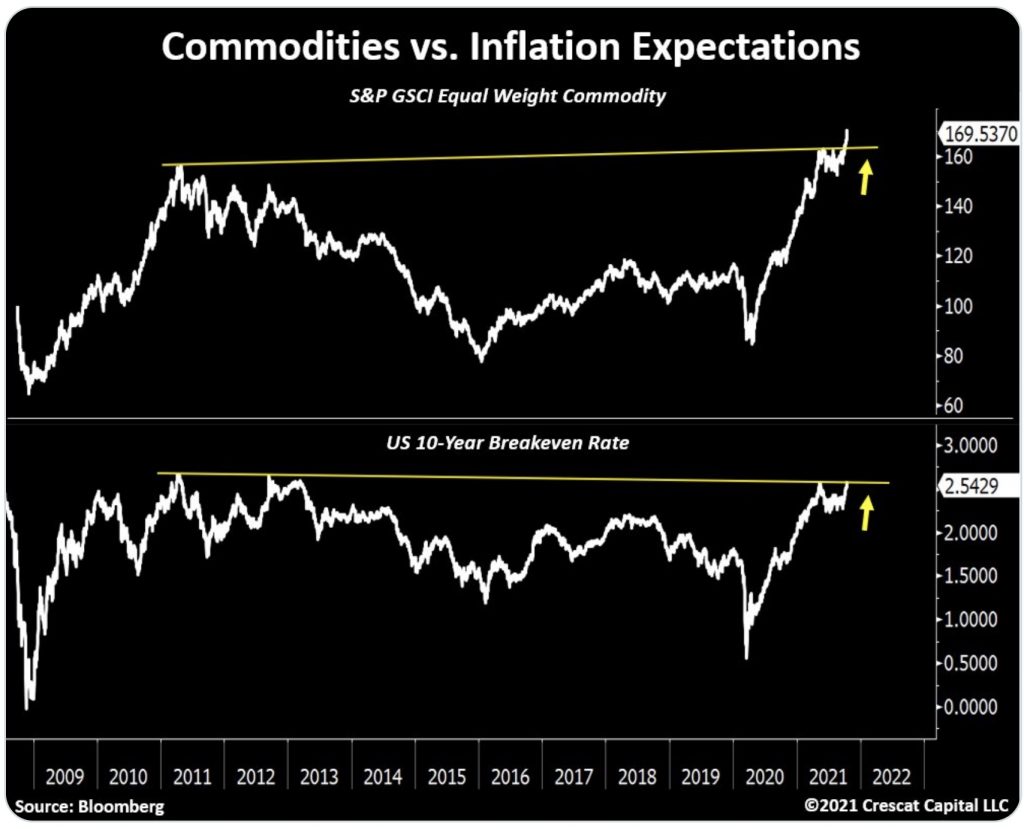 Widespread Hesitation About Miners Is Bullish
Graddhy out of Sweden:  I love to see the widespread hesitation about the precious metals miners latest move up from the lows. Means we will have added fuel later on. We still need more levels to be cleared for us to have complete confirmation though, but it sure is looking good so far, as said…

Silver
Graddhy out of Sweden:  As said 4 days ago: “Note that Gold is down hard about $25 or so, but miners are not reacting. Showing strength here. And Silver is backtesting.” Today and as of right now, Silver is breaking away from its backtest of blue trend line. As expected.

Silver Is Breaking Away On The Upside 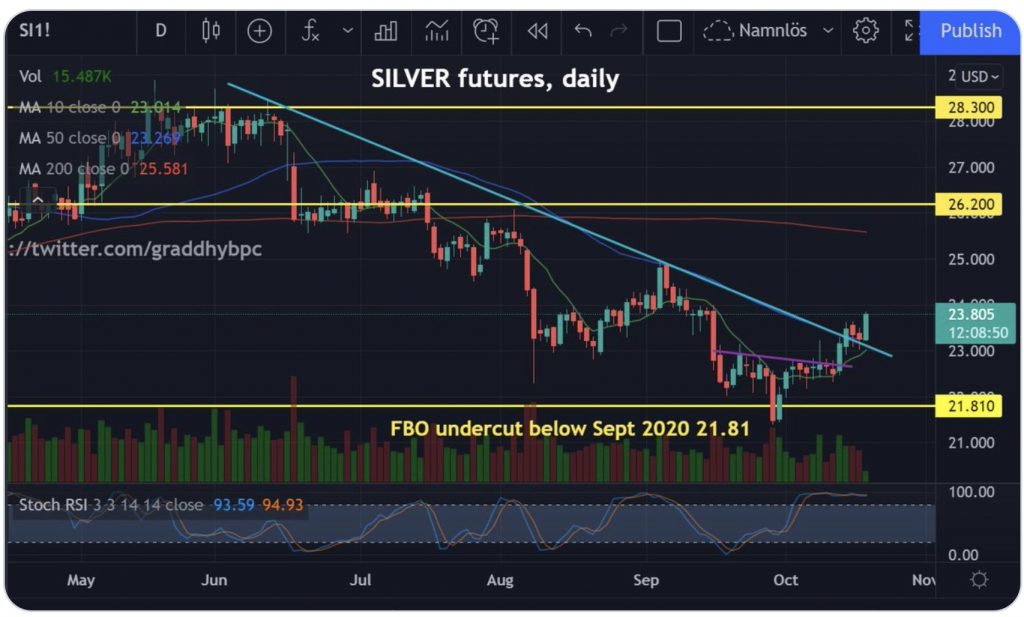 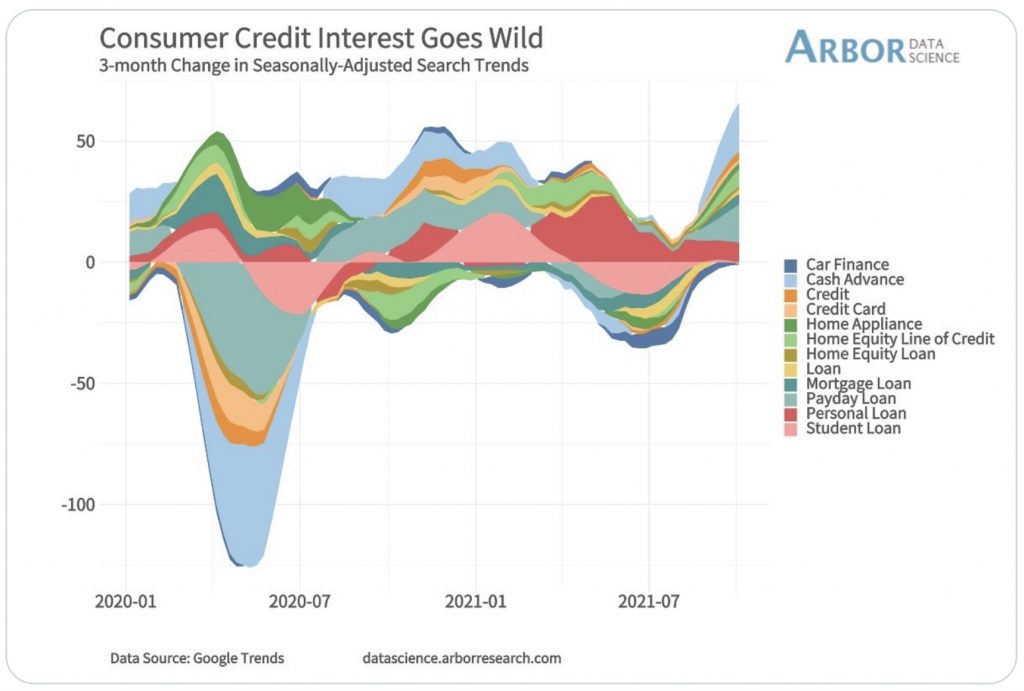 Interest Rates
Gregory Daco:  Fed critics are calling for earlier tightening because they see inflation as persistent & fear the Fed will fall behind the curve, have to raise rates too rapidly & slow the economy Paradox is that early tightening could do just that w/o solving supply issues

Odds Of A Rate Hike By End Of 2022 Increasing 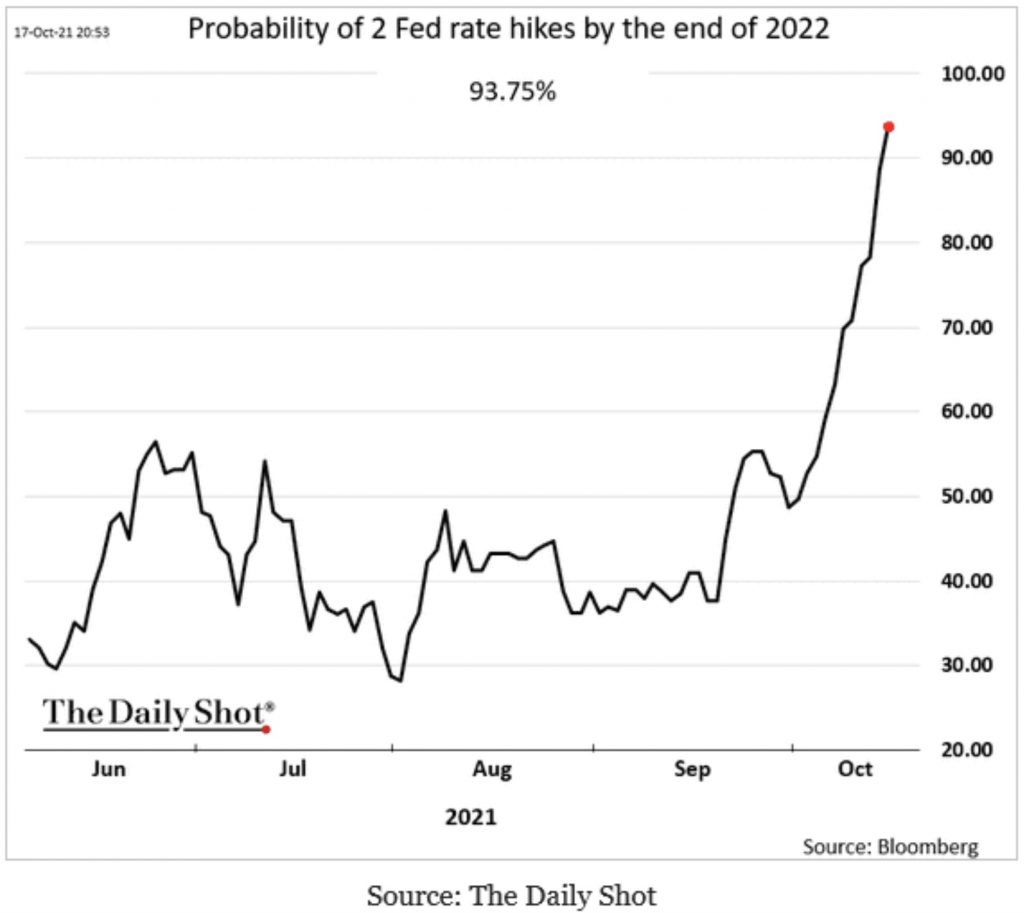 Foreigners No Longer Buying US Treasuries
Peter Boockvar:  According to the August US TIC data, foreigners bought a net $30.7b of notes and bonds. This brings the year to date purchases to $12.4b which is a pittance but comes after selling $540b in 2020 most of which took place last March and April in a scramble for dollars. In 2019 there was net selling of $133.3b. Either way, foreigners are no longer big players in the US Treasury market relative to the amount of US marketable securities outstanding. Their holdings make up about 1/3 of marketable Treasuries after getting as high as 50% in 2011 and 2012. Japan remains the biggest holder and after selling $49b of notes and bonds in the 4 months thru July, they added back $7.3b in August. China bought a net $2.8b. We know the Federal Reserve and the US banks have filled this hole in financing the US budget deficit and debts.

GOLD BULL: This Is Rare – Everyone Around The World Should Be Watching This Right Now