After the recent trading action in gold, silver, the mining shares and the volatile stock market, we thought it was important to hear a reminder from the great ones.

The Godfather of newsletter writers, Richard Russell, on how he believed the end game would unfold:  “The most important lesson in investing is never to sustain a big loss. With this in mind, I have and still do advise my subscribers to be out of all common stocks except for gold shares, and to be positioned in silver and gold bullion, holding the actual metals in a safe place. 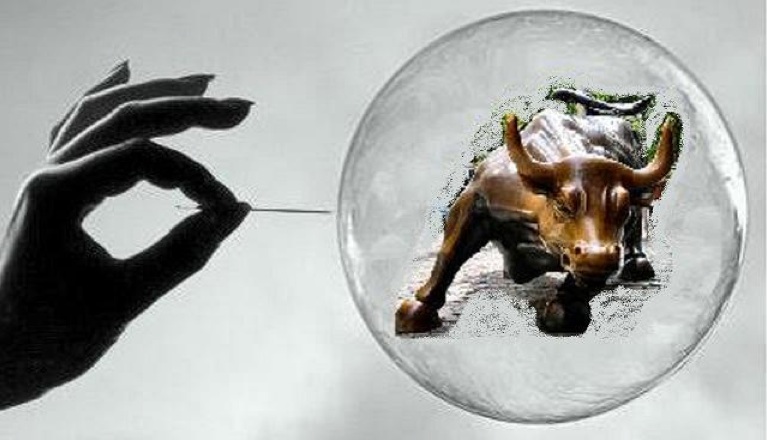 Bull Market Top?
I have gone over the usual and even unusual methods which warn of a major bull market top. I could list them all, but that would take half a page of concentrated writing.

Bear Market Will Be Massive
Yet I know that bear markets cause losses, and the question on my mind is … how will the next bear market create losses? I have only two theories; first, the market will decline in a jagged see-saw pattern, a pattern that creates no fear. The market drops ten percent and analysts declare that this is the long awaited and long expected ten percent correction.

Gold And Silver Are Key
One last thought, being on the sidelines with silver and gold gives me peace of mind, a psychological calm that no amount of money can buy.

Big Money Is Preparing For A Devastating Worldwide Collapse
Speaking of panic, the auction prices for outstanding art and jewelry are up and off the charts. I just reviewed prices from Sotheby’s and Christie’s and items selling for over $100 million are not uncommon. Big money is paying close to this much for portable tangibles. Along with auction prices, amounts paid for select New York real estate are almost incomprehensible.

I ask myself why billionaires are willing to pay seemingly insane prices for outstanding tangibles such as Picassos and classic cars. They are preparing for the collapse of currencies and the days when rare tangible items will be a form of money.

ALSO JUST RELEASED: LIKE A THIEF IN THE NIGHT: This Just Sucked A Staggering $30 Billion Out Of Consumers’ Pockets CLICK HERE TO READ.