With continued uncertainty in global markets, bears should take note of what just hit one of the highest levels in the past 6 years!

Rare Action Taking Place In Put Options
From Jason Goepfert at SentimenTrader:  “Options traders are piling into protective puts. Trading activity in put options soared on Tuesday to one of the highest levels of this bull market (see chart below). 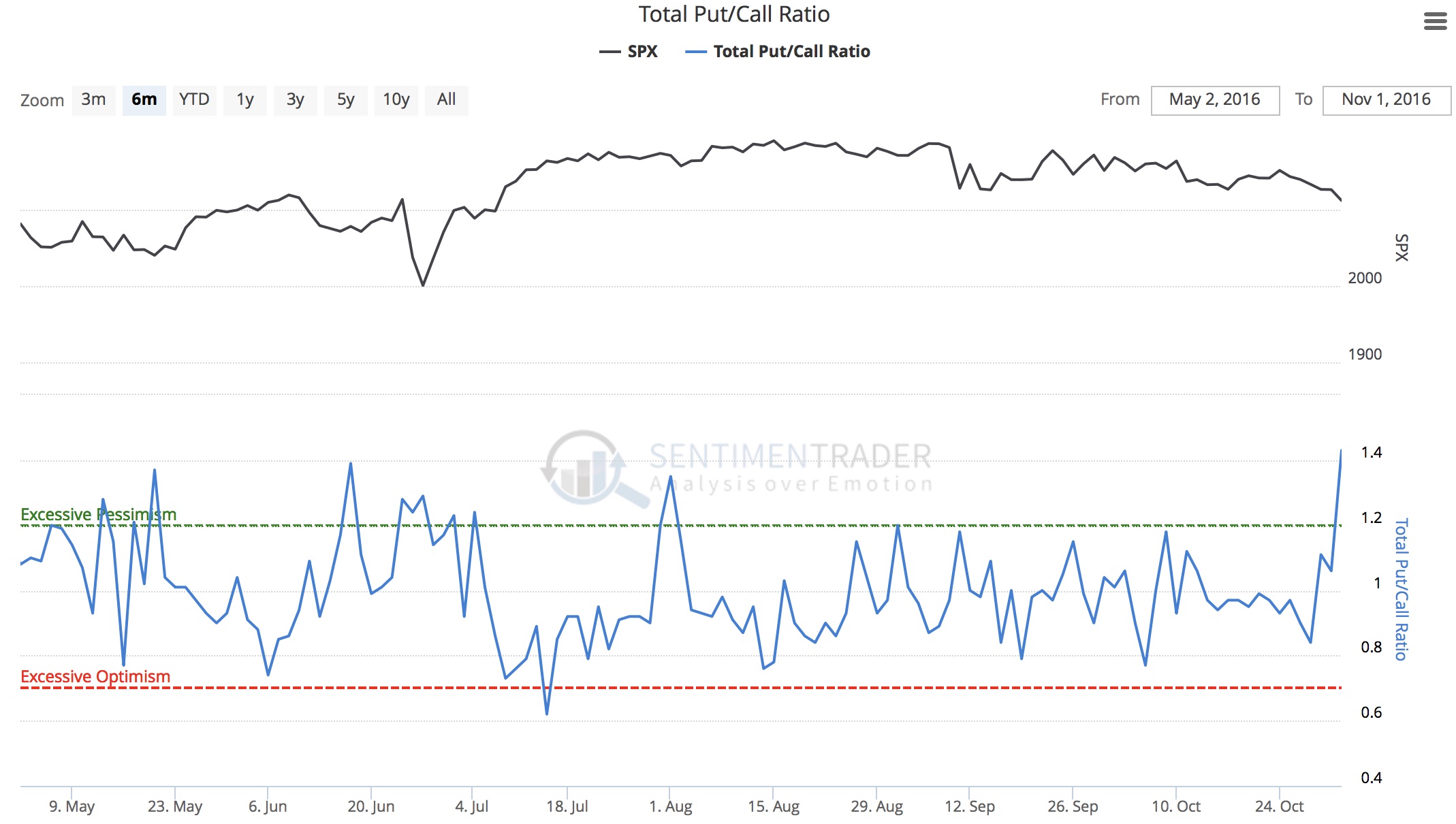 Over the past six years, when traders have so heavily favored puts over calls, stocks had a strong tendency to rebound almost immediately…

With concerns about the looming election, overseas market volatility and stocks sinking to multi-month lows, options traders picked up their activity in protective puts. There were 143 put options traded on the CBOE on Tuesday for every 100 calls, among the highest amount since the bull market began more than six years ago (see chart below). 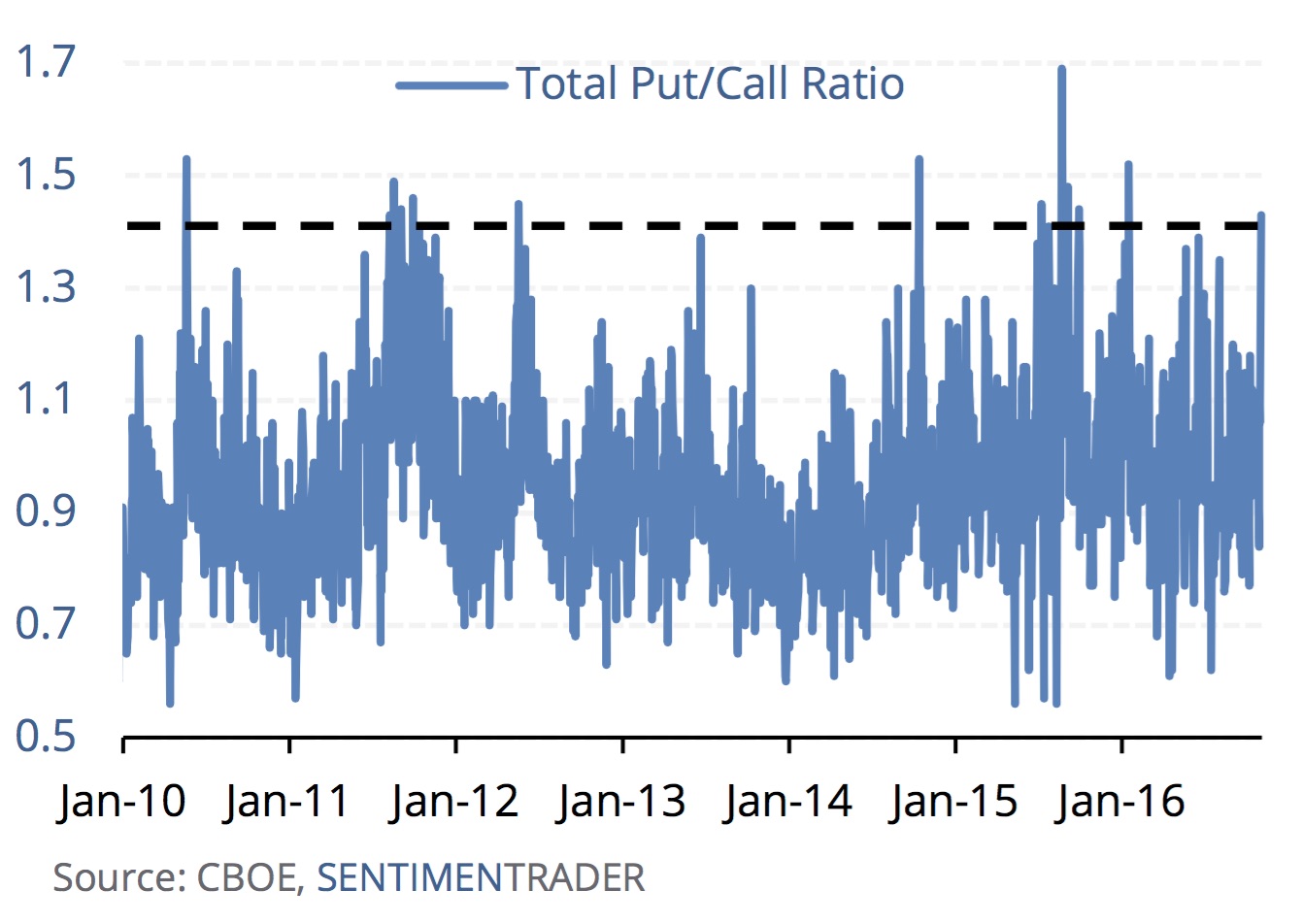 A Contrarian Indicator
High levels of put activity are often an early indication of bottoming action in stocks, and it’s no surprise that during this bull market, it has led to almost immediately higher prices.

A week later, there was only one loss of more than 0.6%, and the risk/reward was skewed 3-to-1 to the upside. Other than the very short-term, returns across the various time frames suggested significance.”

The Exception
King World News note:  The one exception is when stocks are in a bear market.  During bear markets there are times when the put/call ratios are extremely high and yet stocks continue to plunge (see 10-year chart below, which includes 2008/2009 time frame). 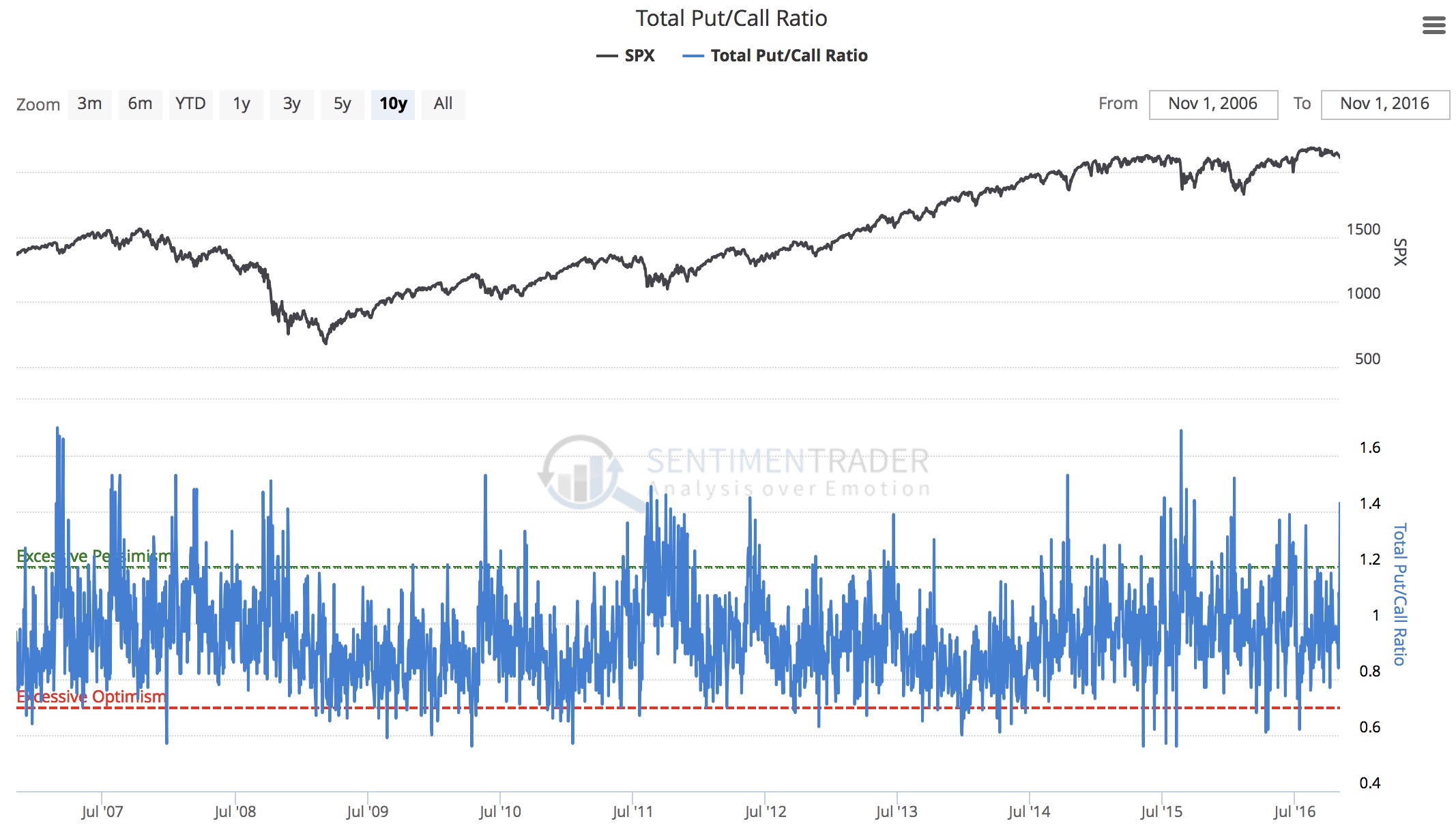