Panic selling has set in as the Nasdaq experiences its worst month since October of 2008, plus a look at gold, silver and the mother of all breakouts. 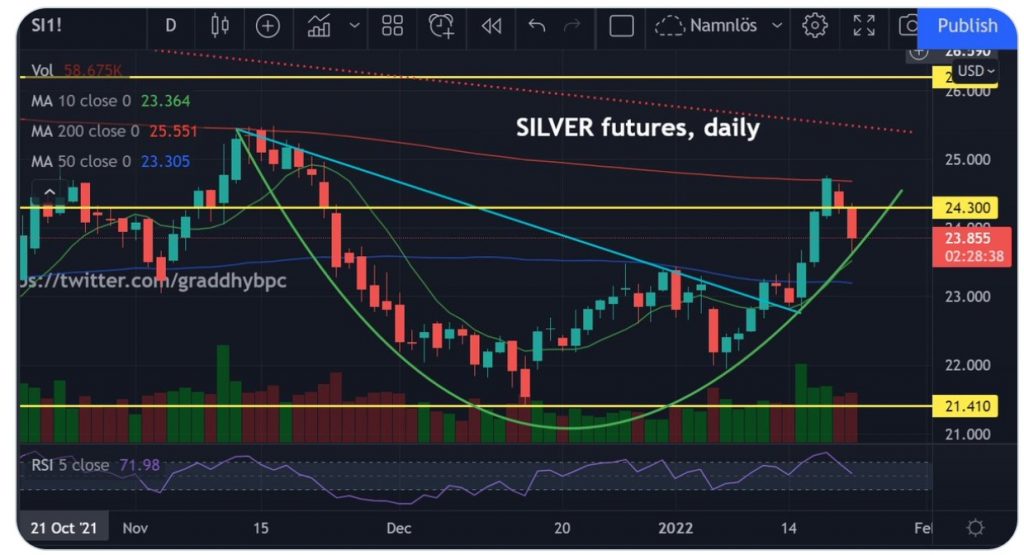 Keeping An Eye On This
Liz Ann Sonders, Chief Investment Strategist at Charles Schwab:  Put/call ratio (5d average) has spiked to highest since May 2020. 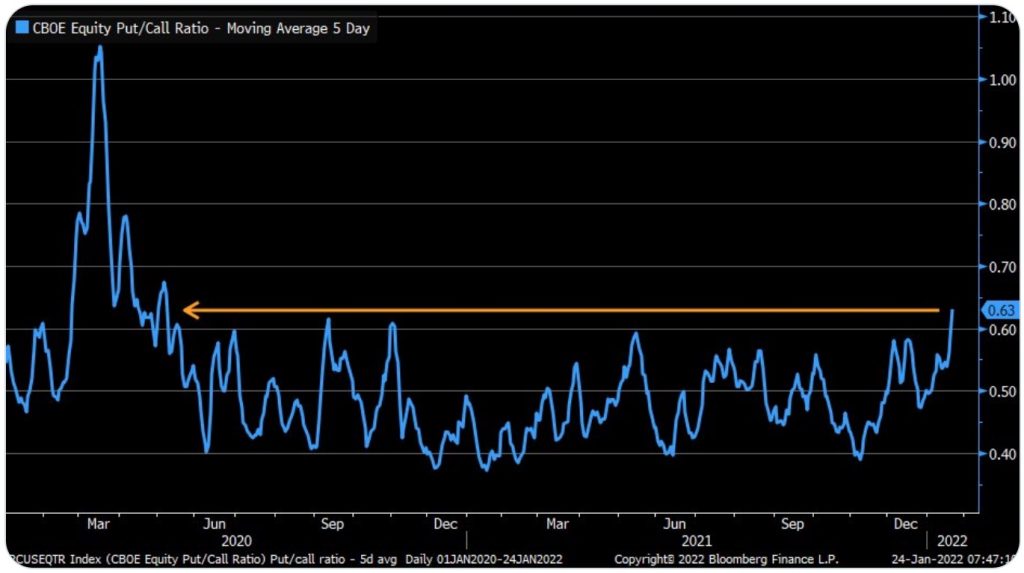 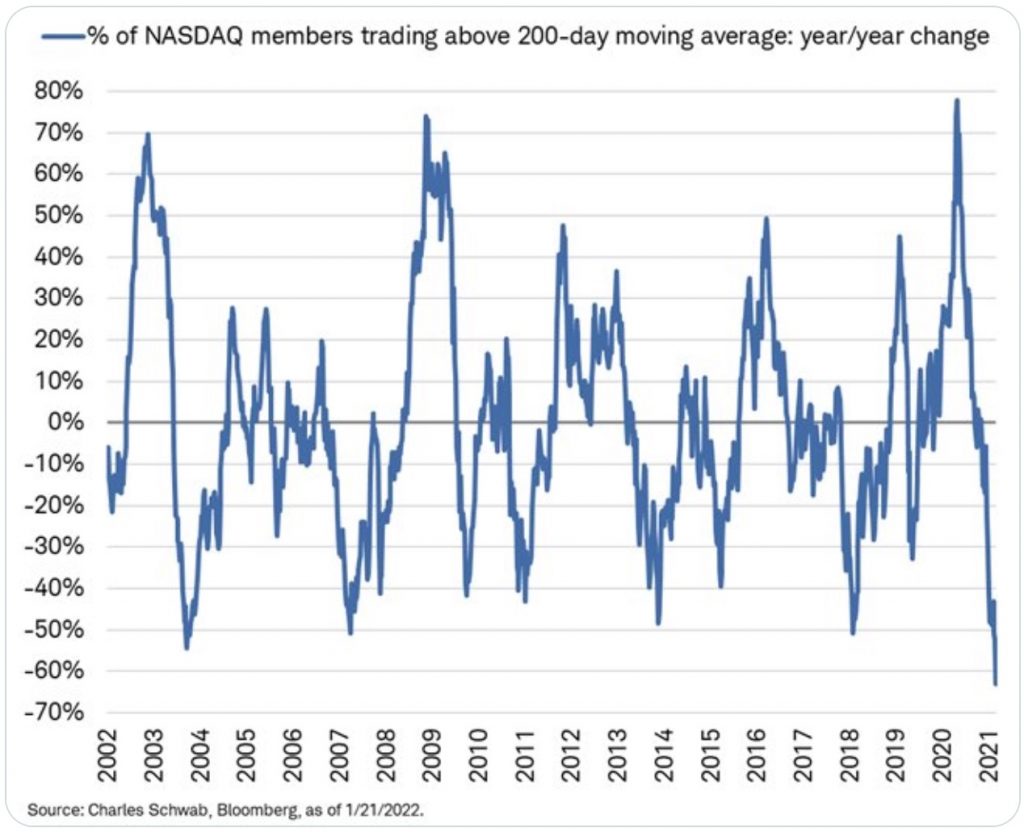 Worst Month For Nasdaq Since October 2008! 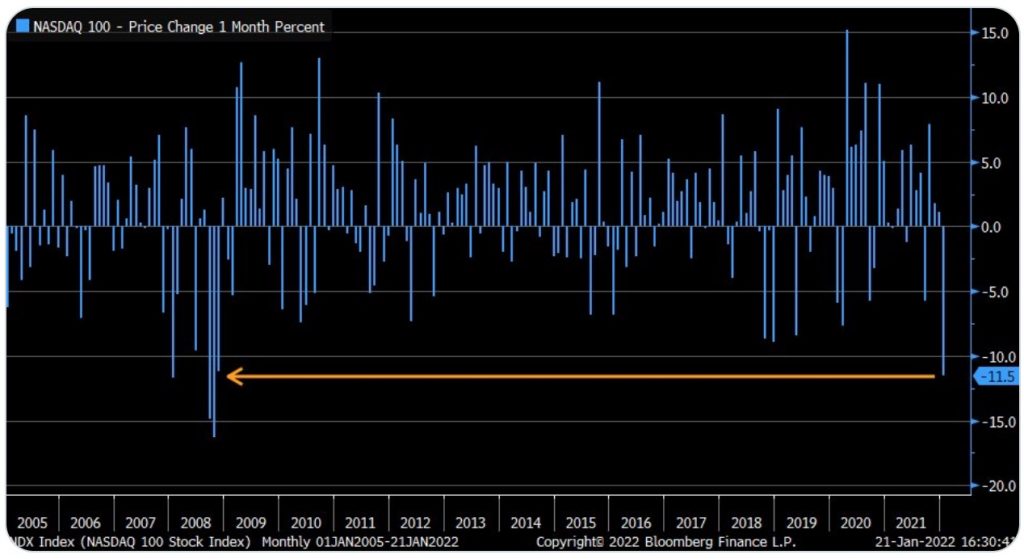 Expect Lots Of Lamborghinis For Sale
Peter Brandt:  Back in my days at the Chicago Board of Trade the clue that a massive bear market was near an end was when the bathroom stalls will all occupied with traders on their knees worshiping the porcelain alter. Huge bear markets end when enough bulls who originally swore they could endure a huge correction throw in the towel just to end the pain. Another “tell” is when an unusual number of Lambos are for sale…

This Is Not A Liquidity Crunch
James Turk:  It feels like a liquidity crunch, but the amazing thing is that central banks continue to expand their balance sheets. The Federal Reserve grew its balance sheet by $79.5b last week. They are only talking about tightening; they aren’t doing it. So although it feels like a liquidity crunch, something else is driving the stock market at the moment, which I believe is fear and worry about the crazy overvaluations in most sectors, notably excluding the gold miners. I still believe that December 15 will mark the low in the gold and silver price.

The FOMC is meeting this week, and it is possible they may announce a rate hike this week instead of March. That has the major averages spooked, leading to some precautionary selling in case the Fed actually does act this week, instead of issuing more promises to act in the future.

Federal Reserve Still Growing Its Assets
The Federal Reserve last week grew its assets by $79.5b (paying for them with US dollar conjured out of thin air) while mining companies produced $3.7b of gold (with hard work and employing capital) illustrating 1) how US dollar is being debased 2) why gold is undervalued. 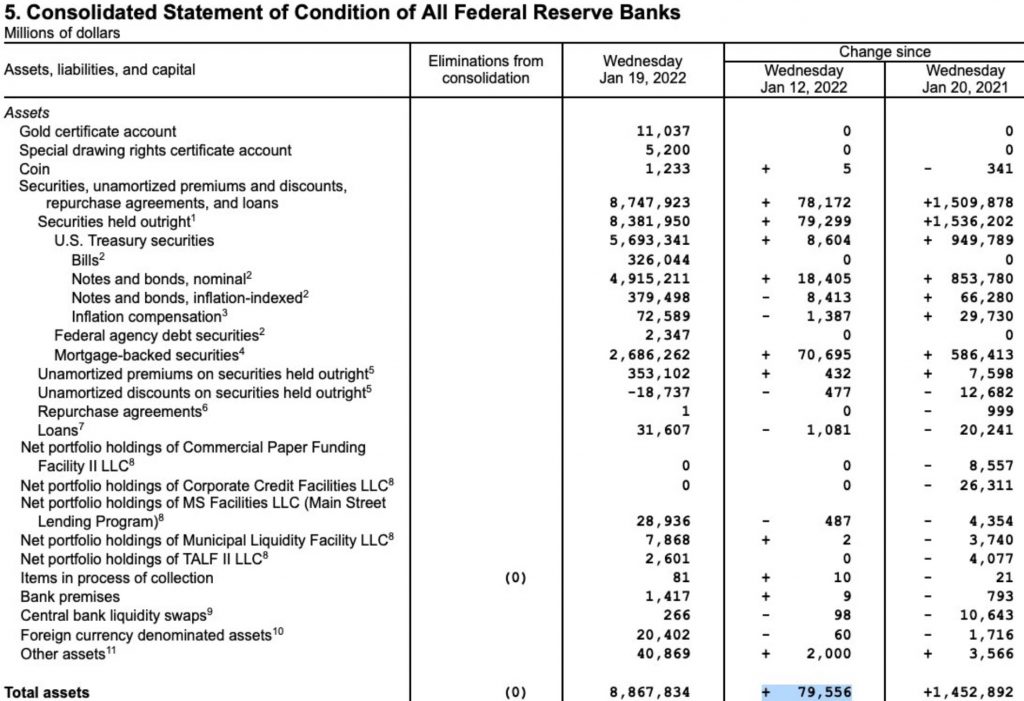