As we embark on QE infinity, this is how bad the situation really is…

This Can’t Be Good
March 26 (King World News) – Lizz Ann Sonders, Chief Investment Strategist at Charles Schwab:  “Breakdown by age group & income level of US adults who have no emergency savings (see below). 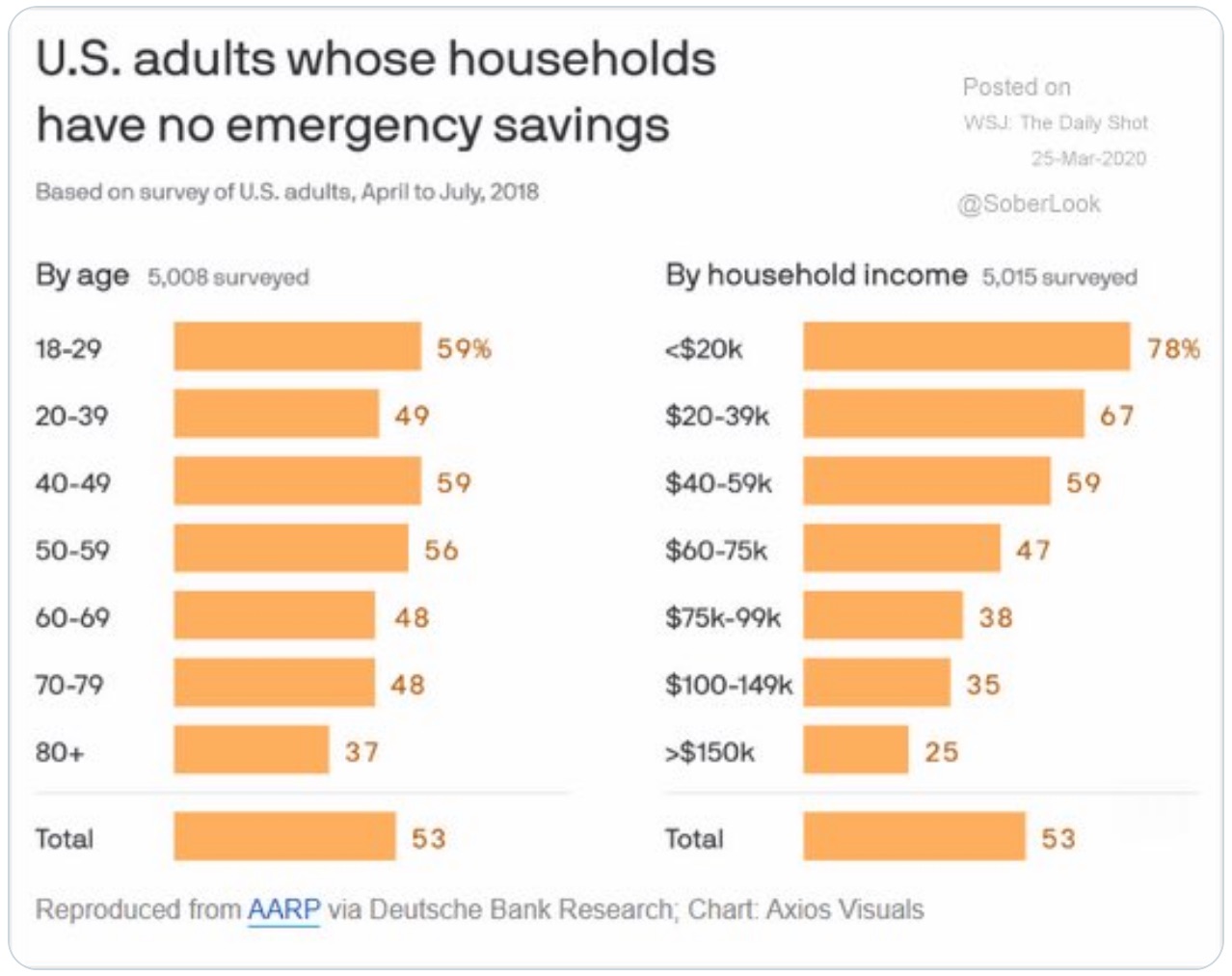 King World News note:  While the above chart is troubling enough, this was posted by KWN on March 20th, prior to today’s all-time record 3.3 million jobless claims being announced:

This warning was just sent to King World News by the Chairman of one of the largest financial companies in the United States:

We May See A Jaw-Dropping 5-10 Million Figure
In The Next Jobless Claims Report!

“GS (Goldman Sachs) predicts that the next jobless claims report will be 2.25 million.  I think they’re probably way underestimating.  According to Google, there are 14 million people working in the restaurant industry & 10 million in the aviation industry.

So, between just those two industries, I think it would be surprising if we don’t see 5 million jobless claims in March; indeed, 10 million would be unsurprising.  So, peak fear is still some weeks off.”