Art Cashin weighs in on Ray Dalio stating that “the world has gone mad,” plus what in the world happened?

What In The World Happened In 1872?
November 6 (King World News) – Art Cashin:  “On this day (+1) in 1872, a ship left the bustling port of New York to cross the Atlantic with its cargo of 1700 barrels of alcohol. Its destination was to be Genoa, Italy. The ship never made it. Instead it sailed into the Twilight Zone and thus into the pantheon of myth and folklore.

Its Captain, Benjamin Briggs, was competent and experienced. So were the eight men on his crew. The voyage was thought to be so riskless the Capt. brought along his wife and his young daughter.

But less than a month later, the ship, the “Mary Celeste” was sighted under- sail near the Azores, by the British brigantine, the DeiGratia. When the Mary Celeste failed to respond to the courtesy “hail”, the Brits managed to send a party aboard. 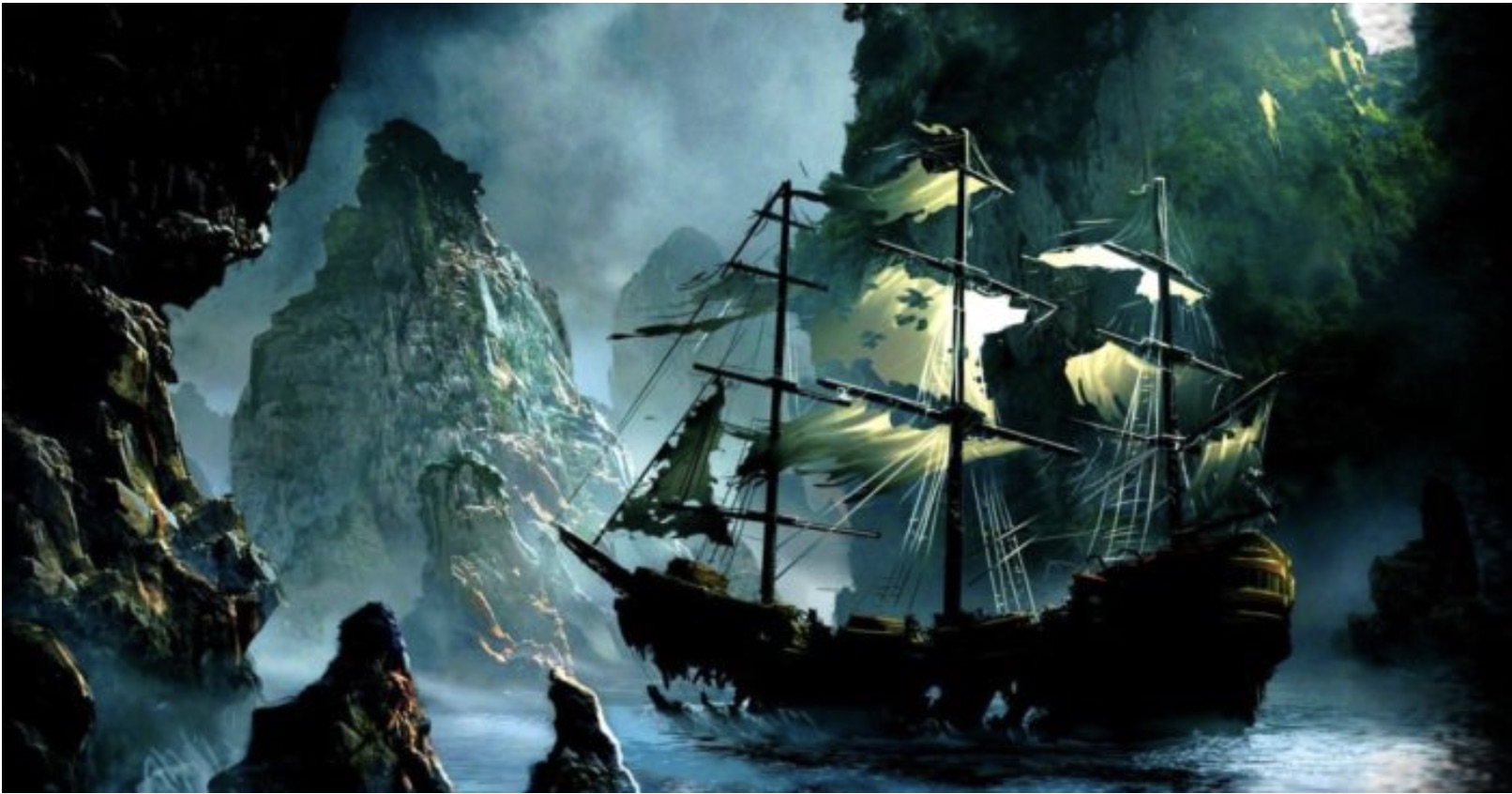 They found the Mary Celeste in remarkable shape. There was some minor damage to the sails (perhaps from not being tended for days). Otherwise it was mechanically perfect. There was some sea water in the hold but the cargo was intact and lashed. There was food in the lockers and the bunks were even made. There was no note and no hint in the log. No sign of struggle. No bodies. No blood. Just the lifeboat was missing.

The mystery has spawned theories (from murder to piracy to aliens), books, articles and investigations – but – to this day – no answer.

The recent breakout rally appeared to trim sails a bit as the S&P failed to join the other key indices in closing at yet another record high. It looked more like a pause than an actual reversal of the recent rally.

The session started well enough. All three key indices moved higher on the opening. Then, just before 10:00, the averages all spiked higher as what looked like the beginning of a breakout rally.

Unfortunately, the spike had a shelf-life of a few brief minutes. Stocks instantly reversed and the S&P fell into negative territory where it stayed throughout the balance of the morning and into the early afternoon.

The bulls tried to rally the S&P several times in the afternoon but the best they could do was to make it back to neutral territory.

While the Dow did manage to close higher on the day, the number of declines edged out the advances on the NYSE.

A hopeful sign for the bulls may be that the number of stocks reaching 52 week highs has begun to broaden a bit. The scarcity of new highs had been seen as a negative divergence by some technicians.

At any rate, the bulls still have the ball. Let’s see if they can restart the rally.

Money is free for those who are creditworthy because the investors who are giving it to them are willing to get back less than they give. More specifically investors lending to those who are creditworthy will accept very low or negative interest rates and won’t require having their principal paid back for the foreseeable future. They are doing this because they have an enormous amount of money to invest that has been, and continues to be, pushed on them by central banks that are buying financial assets in their futile attempts to push economic activity and inflation up. The reason that this money that is being pushed on investors isn’t pushing growth and inflation much higher is that the investors who are getting it want to invest it rather than spend it. This dynamic is creating a “pushing on a string” dynamic that has happened many times before in history (though not in our lifetimes) and was thoroughly explained in my book Principles for Navigating Big Debt Crises.

As a result of this dynamic, the prices of financial assets have gone way up and the future expected returns have gone way down while economic growth and inflation remain sluggish. Those big price rises and the resulting low expected returns are not just true for bonds; they are equally true for equities, private equity, and venture capital, though these assets’ low expected returns are not as apparent as they are for bond investments because these equity-like investments don’t have stated returns the way bonds do. As a result, their expected returns are left to investors’ imaginations. Because investors have so much money to invest and because of past success stories of stocks of revolutionary technology companies doing so well, more companies than at any time since the dot-com bubble don’t have to make profits or even have clear paths to making profits to sell their stock because they can instead sell their dreams to those investors who are flush with money and borrowing power.

There is now so much money wanting to buy these dreams that in some cases venture capital investors are pushing money onto startups that don’t want more money because they already have more than enough; but the investors are threatening to harm these companies by providing enormous support to their startup competitors if they don’t take the money. This pushing of money onto investors is understandable because these investment managers, especially venture capital and private equity investment managers, now have large piles of committed and uninvested cash that they need to invest in order to meet their promises to their clients and collect their fees.

Go online and pull up a copy. It is an absolute “must read”.

Overnight And Overseas – Asian equity markets were somewhat mixed overnight. Tokyo saw a mild rally, while Shanghai closed with a modest loss. Hong Kong was virtually unchanged but India had a modest rally.

Among other assets, Bitcoin continues to churn around the $9300 area. Gold is a touch firmer, trading just below $1500. Crude is basically unchanged with WTI trading just above $57. The euro is flat against the dollar and yields are unchanged.

Consensus – Trade talks remain center stage and we may need a booster shot to keep the markets rolling.

***KWN has released the powerful audio interview with Bill Fleckenstein where he discusses the gold market at length, what to watch in the stock market and much more CLICK HERE OR ON THE IMAGE BELOW.