Despite the large commercial short positions, the price of gold and silver continue to remain firm. Today James Turk told King World News that the turnaround in the gold market is definitely because of shorts scrambling to cover.

James Turk:  “They did it again, Eric. I can’t count the number of times the precious metals over the past several years have been smashed going into option expiry…

The gold price dropped yesterday in the US trading and this morning here in London to as low as the central planners and shorts could force it. The result was that calls on thousands of ounces of gold – which only a week or two before were in the money – expired worthless.

Here in London a lot of gold and silver options are written so that they are set to expire at the fix. The logic is that the fix is a visible price that can be easily accessed from any number of sources, which is true. But look at what happened earlier today in silver.

Silver conveniently went down during the fix to $15.06. So even though silver was trading around $15.15 just minutes both before and after the fix, all the calls above $15.06 expired worthless because at that single pre-defined point in time they were out of the money.

With the fix out of the way, the pressure was off silver, and it was soon trading back in the $15.20s. There was a similar result today for gold.

The pressure was being kept on gold, but once silver started climbing after its fix at noon, it was too much to keep gold from popping higher. The shorts couldn’t wait to start covering, so the afternoon gold fix came in at $1226, which was $9.55 higher than the morning fix.

The robber barons of history books were not as flagrant at the market manipulations that we see these days. This is a perfect segue into the fact that I finally saw The Big Short. It is a fantastic movie, and I highly recommend it because it is both entertaining and informative. 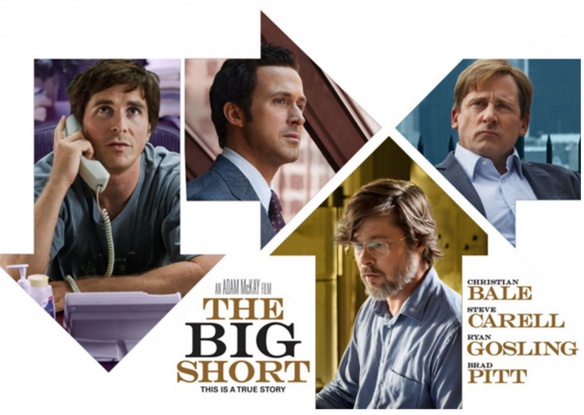 It sounds bizarre to say that it was entertaining watching arrogant bankers ripping-off people, tanking the global economy and then getting away scot-free. But it was so revealing of the criminality taking place, you couldn’t help but feeling relieved that the truth is now out there for people to digest.

The key point I think is that this movie should silence the doubters that the gold market is manipulated, if in case there is anyone out there who still doubts it. It is only one small step away from this movie to the truth of the gold price suppression.

So if anyone doubts that gold is under the thumb of the big banks and central planners, watch The Big Short to see a clear example of how the big banks manipulated market prices.

A Bullish Note On Gold & Silver
But I would like to end, Eric, on a bullish note for the precious metals. Something different appears to be happening at this month end. As the price of gold and silver started climbing from their December lows, the usual suspects kept selling paper-gold and paper-silver. Gold actually reached a staggering 510,579 contracts of open interest, which is one of the highest totals in many years. That’s 1588 tonnes, or more than one-half of annual gold production.

For every person long a futures contract, someone is short. So keep the magnitude of the short position in mind.

Normally, as the price is forced lower during option expiry, those holding long positions are forced to sell to protect capital or meet margin calls. And in fact, the latest Commitment of Traders report does reveal exactly that, but not to the extent that I was expecting. Further, what has happened since then bears watching. 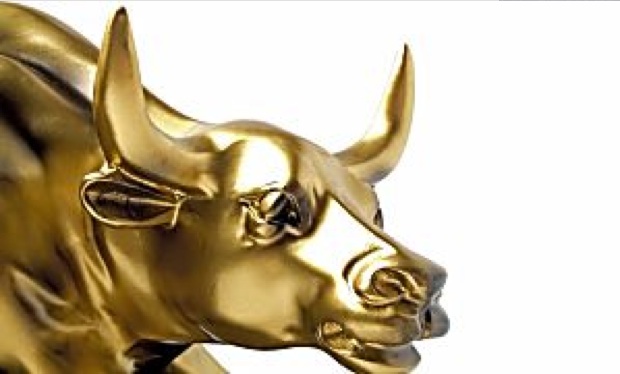 Gold Shorts Scramble To Cover
The latest preliminary report of Open Interest shows it to be around 482,636 contracts. Now, these preliminary reports change and often are far off the mark. But if the actual number is anywhere close to the estimate, despite the big drop in the gold price, only 5.5% of the Open Interest has disappeared. That means there would still be a large short position which could kickstart the next move higher.

So it is not too surprising that Yellen’s dovish presentation this afternoon lit a fire under the gold price. The shorts were unable to cover their positions at the low prices reached during option expiry. Their positions were too big. So this afternoon a scramble by the shorts drove gold higher.

Sometimes short covering can take off in an uncontrollable way like a prairie wildfire. And the initial evidence suggests that Ms Yellen has lit the fuse…To hear a major new call that was issued on the silver market from the man who advises the largest global sovereign wealth funds, hedge funds, investment banks, and institutional money managers in the world, Michael Belkin, you can listen his amazing audio interview by CLICKING HERE OR ON THE IMAGE BELOW.

Greyerz – This Man’s Predictions For The World Are Absolutely Terrifying