Today KWN is putting out a special piece which features two remarkable charts revealing the greatest opportunity in the war in the gold, silver, and oil markets.  These are charts that the big banks follow closely, as well as big money and savvy professionals.  David P. out of Europe sent us the two key charts along with his commentary.

Below are the two key charts sent to KWN by David P. out of Europe, along with his brief commentary.

“Brent Crude has almost fallen back to the long-term rising support line that started in the late 1990‘s (see below). 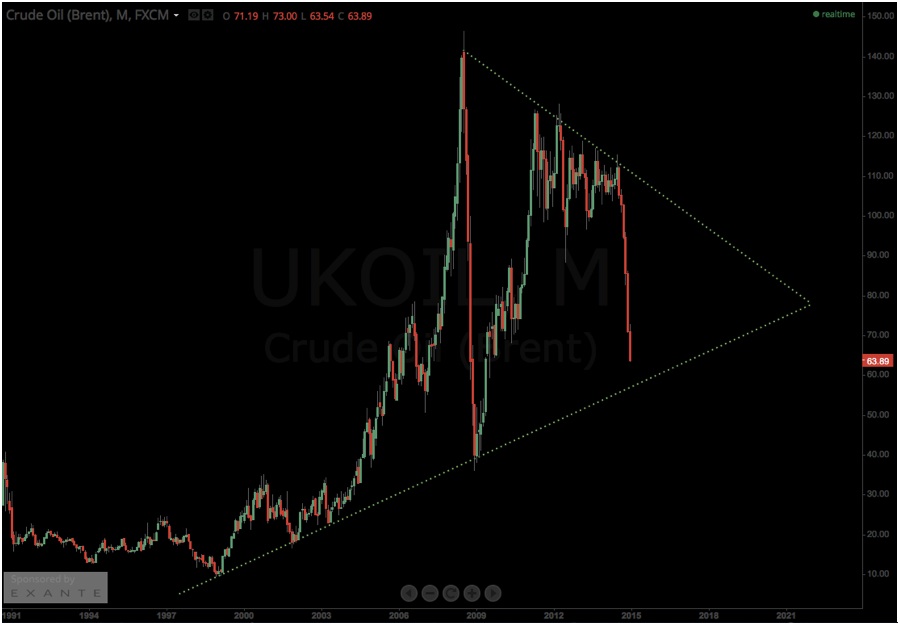 KWN chart & note: The chart below shows the dramatic 40 percent plunge in the price of crude oil in just a matter of months.  Note the extreme separation between the MACD and the Signal lines on the long-term monthly chart. 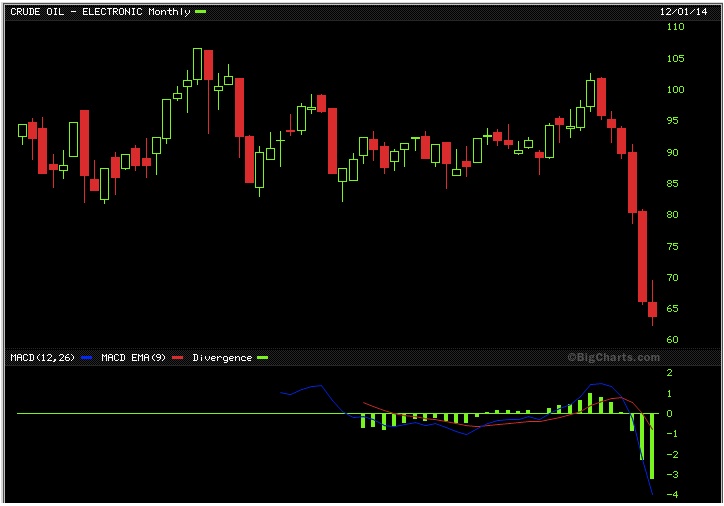 David P. continues:  “Twice the TSX Venture Exchange has been this low — in 1999 and 2008. Both were the starting point for major bull markets in commodities. This level has been reached again. Could this be signaling a major bottom for the gold, silver, and mining share markets? 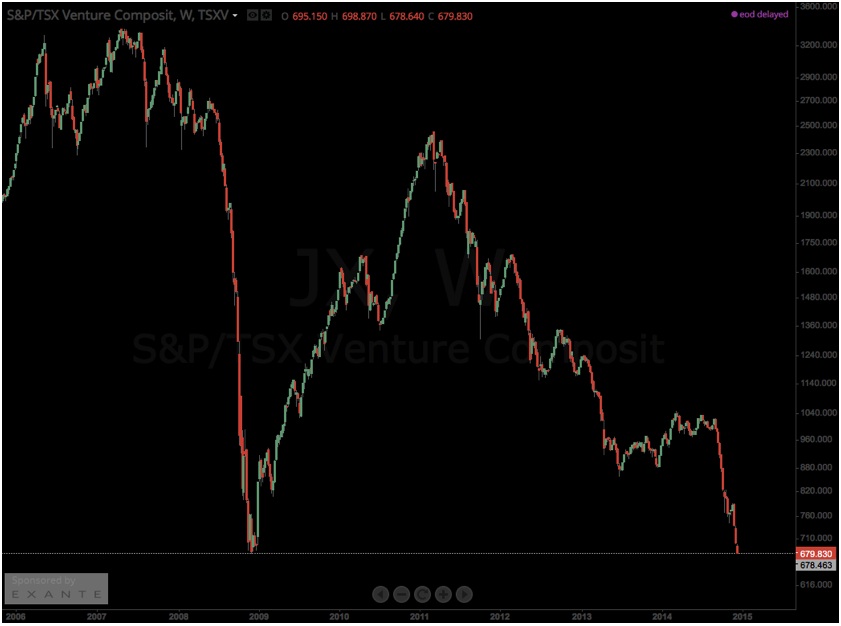