With the price of gold surging above $1,300, here are two of the biggest surprises from Jim Grant’s conference.

By Bill Fleckenstein President Of Fleckenstein Capital
October 13 (King World News) – The stock market continued to inch higher while I was away, and today looked very similar to most of the days we’ve seen recently, with the indices basically wandering around unchanged in the early going and no real energy…

No Laughing Matter
In corporate news, yesterday Juniper Networks preannounced and indicated that there might actually be some trouble in the beloved cloud/data center arena. That was kind of laughed off, but today the stock was weaker again. In addition, AT&T preannounced because, “shockingly,” it seems there are problems in the smartphone business. (While AT&T blamed the hurricanes, there was some iPhone 8 weakness mixed in there.) If we were in any other period but the one in which we find ourselves, Apple and all of its suppliers would be declining and some of the cloud/data center companies might have weakened on this news.

Of course, combining smart phones with the ongoing weakness in PC sales means that a lot of chip companies are facing headwinds. The fact that these problems continue to be ignored (and we could extend this to other areas of technology, and elsewhere as well) just increases the opportunity for air pockets on the downside (more about that below).

Turning back to the action, in the afternoon, the indices actually slipped into the red! But only slightly, as you can see in the box scores. Away from stocks, green paper was mixed and flattish, oil lost 1%, fixed income was higher, and the metals gained a tiny amount after having a couple of good days recently.

In the wannabe-currency/precious metals arena, Bitcoin exploded again, gaining 5%, as it blasted through $5,000. It just continues to go wild, and despite whatever technical deterioration shows up, it just gets erased as the madness of crowds trumps everything when it comes to cryptocurrencies, for now. 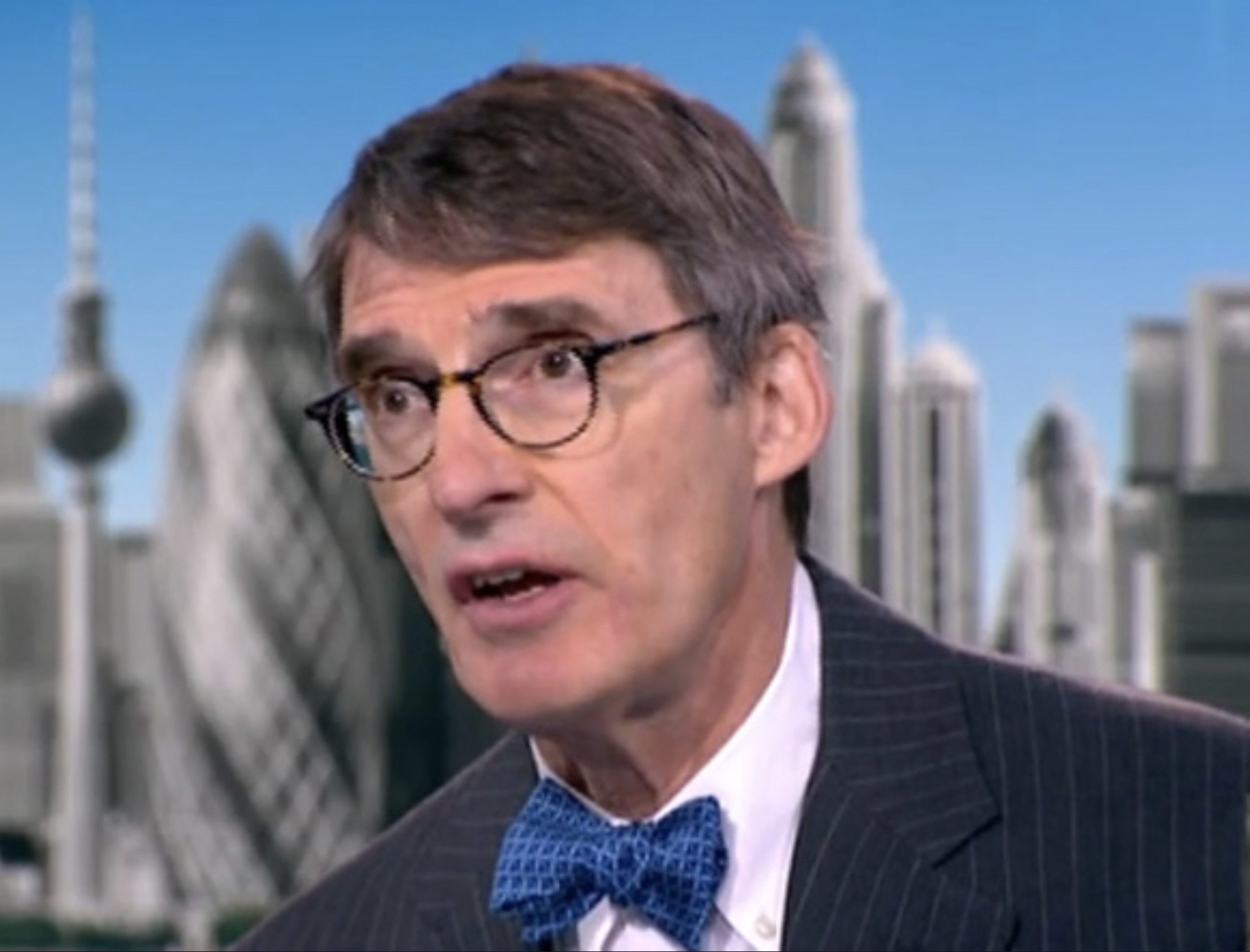 Cracks In the Foundation
Now I’d like to turn to a couple of topics from the Grant’s Conference. One of the most interesting speakers was a man named Frank Brosens (founder of Taconic Capital and an ex Goldman Sachs partner where he was head of derivates), who presented data showing that a handful of investment “products” (e.g., leveraged index funds, risk-parity volatility targeting, and trend-following CTAs) have about $1 trillion in market exposure, or about 3% to 5% of the total stock market capitalization.

On the downside, these collectively will mimic portfolio insurance, and what is eerily fascinating is that in 1987 the dollars involved in portfolio insurance had roughly the same percentage of stock market capitalization. That put meat on the bones on the comments I have made many times about how brittle the stock market is and why I think it is more crash-prone than conventional wisdom might suggest.

Know Your Limits
He also made an interesting point (I will spare you the gory details) that, due to the hedging that needs to take place, when one wants to buy or sell volatility, it causes a bit of anti-cyclical behavior because, as long as we stay in a band of about plus or minus 3%, nothing bad can really happen and the market will seem to be under control. The implication, however, is that if we stray beyond that band, we could quickly see some fireworks.

I doubt that will be the exact litmus test, but I thought it was worth mentioning, and combined with folks’ confidence in the Fed “put,” it may be part of the reason we can’t get any kind of the corrections we might find in normal market conditions. In any case, I continue to believe that a crash is unavoidable once the market actually starts down, regardless of the catalyst.

Speaking of “Wandering Around, Unchanged”
On a related topic as to why we are in the mess we are in, that being the activism on the part of central banks, after Greenspan gave his talk and Jim asked him a couple of questions, I was called upon and summoned my most deferential and courteous tone to pose something like the following: “Mr. Chairman, given your vast financial experience, and the potential dangerous consequences of the evolution of central bank policies (i.e., QE, ZIRP, and NIRP), if you had your term to do over again, is there anything you would do differently?” In other words, has he learned anything since he left the Fed, and does he have any ability to be slightly introspective?

He claimed not to understand the question, so I restated it, and he then proceeded to say that Paul Volcker had essentially made it a policy not to comment on current Fed policy and he wasn’t going to either, although it took him about five minutes to get that point across, and never mind that I didn’t ask him about current Fed policy. So, in short, while I had a tiny hope that he may have realize the errors of his ways, if only barely, I was wrong about that. He is the same gasbag he ever was.