Today Newmont Mining announced it is acquiring Goldcorp, plus a stunning look at bank failures.

Bank Failures And Another Gold Mega-Merger
January 14 (King World News) – On the heels of Egon von Greyerz’s KWN article warning bank bail-ins are coming in the West, here are a couple of charts from SentimenTrader on the subject.  The S&L Crisis as well as the 1920s – 1930s are the time periods that really stand out in terms of a significant number of bank failures (see charts below). 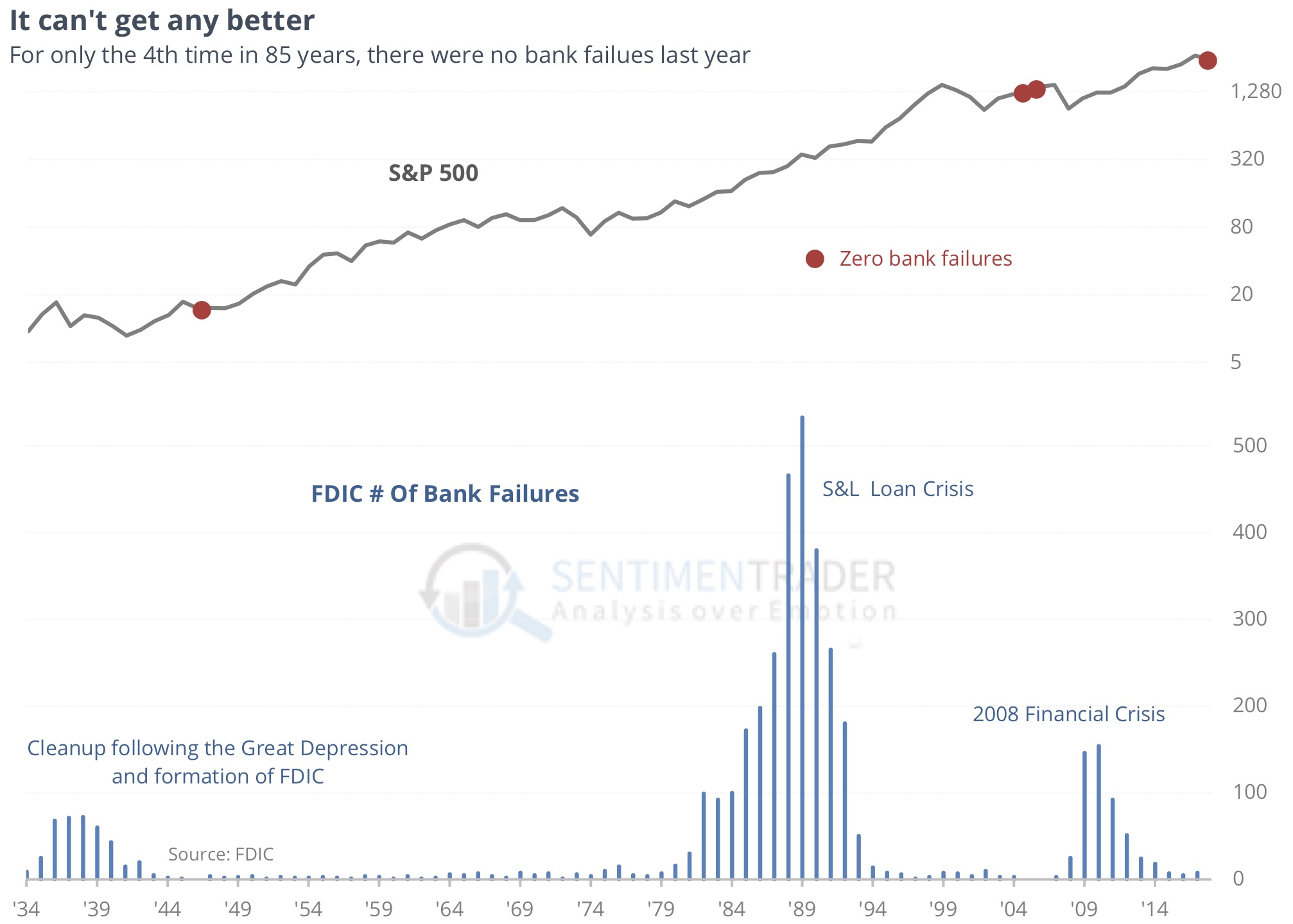 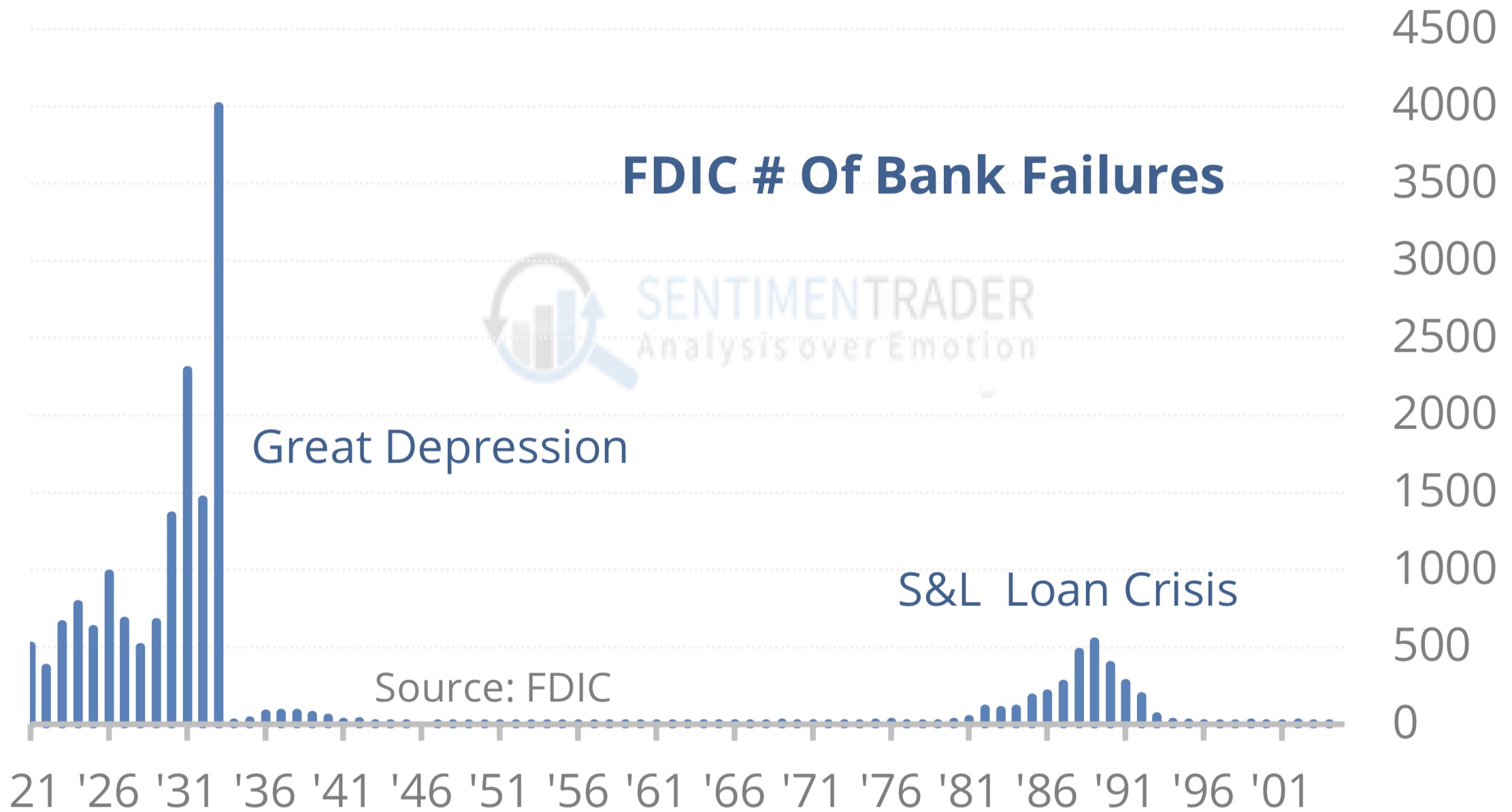 Regarding Newmont’s acquisition of Goldcorp…

Today Newmont Mining announced it is acquiring Goldcorp in an all stock transaction.  This is the second mega-merger in the mining space after the Barrick/Rangold deal was recently completed…

These are the types of mergers and acquisitions that happen at the end of bearish cycles in the gold market.  The fact that two such large scale deals have been announced back-to-back is a very bullish medium- to long-term indicator for the price of gold.

The real fireworks in the gold market will begin when $1,375-$1,390 is taken out on the upside.  After consolidating above $1,400, the price of gold should move in an aggressive manner toward the $1,800 level.  Until then, investors continue to accumulate physical gold and silver as well as the shares of the high-quality companies that mine the metals while they remain at highly discounted levels.

Greyerz – Western Gold Maginot Line To Fall In 2019 Triggering Panic, Plus One Of The Most Shocking Stories You Will Ever Read