The following commentary and charts are from Jason Goepfert at SentimenTrader:  “The smart money is long gold to a degree not seen in a decade (see chart below). 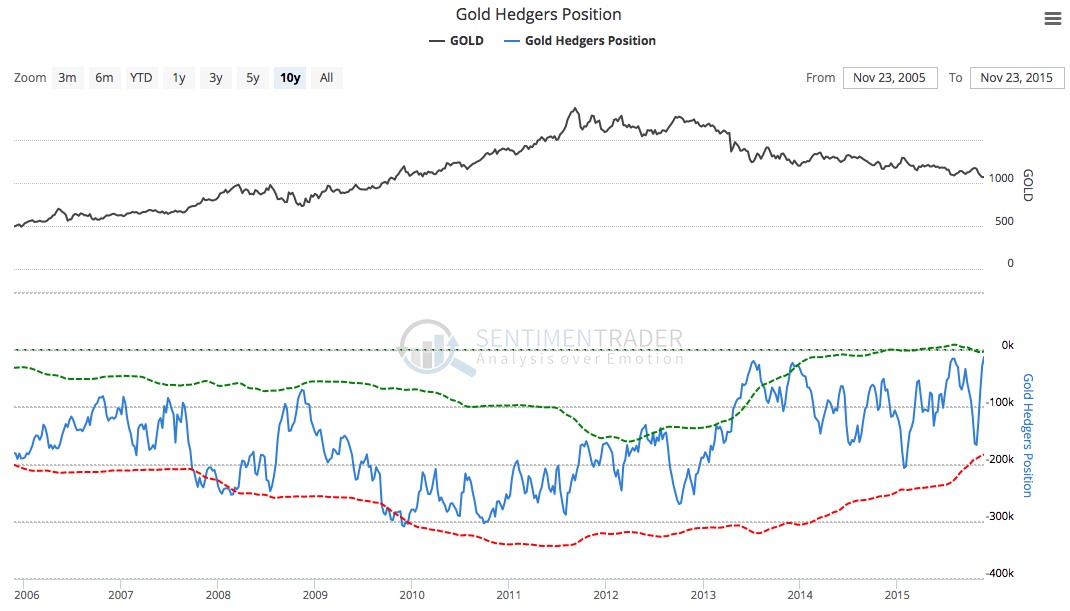 Large hedgers are nearly net long the metal, surpassing all other extremes seen in the past 10 years. Gold has responded well to these extremes in the past decade (not so much prior to that), so it’s a positive indication for a medium-term rally.”

King World News note:  It is also worth noting that the chart below shows how sentiment in the gold market has moved back to one of the most historically excessive pessimistic sentiment setups in the past 25 years (see chart below). 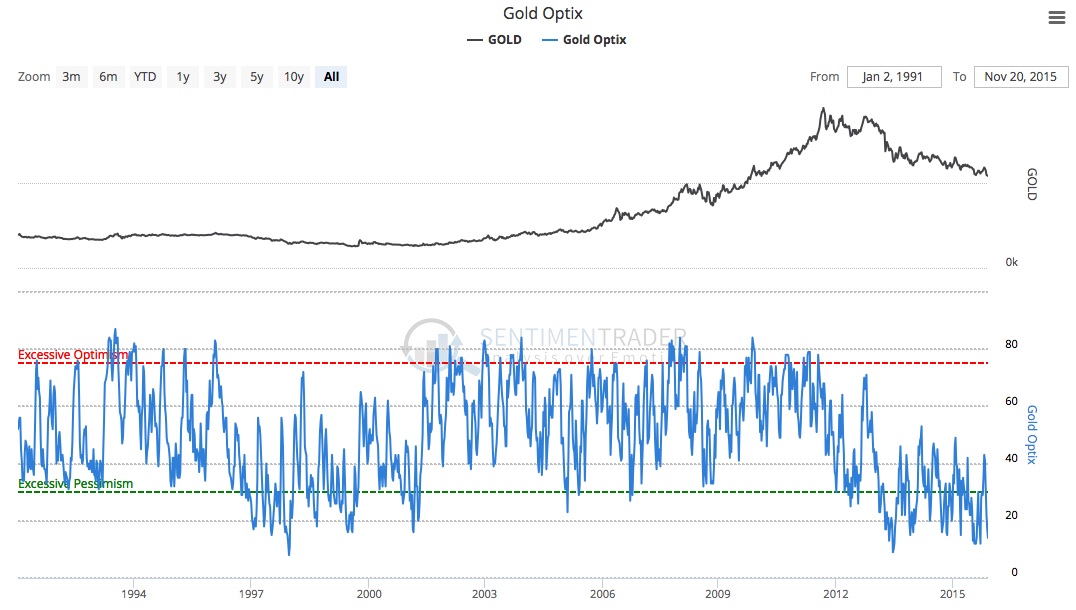