Real Estate And The Stock Market
September 20 (King World News) – Here is a portion of today’s note from Jason Goepfert at SentimenTrader:  While stock indexes power higher, setting fresh records on Thursday, it’s not quite all roses under the surface. So far, that hasn’t mattered one whit…

… Another sensitive sector just hit a relative low on Thursday. Homebuilders have been flailing all year, and stocks like PulteGroup, Toll Brothers, and KB Home are near their 52-week lows. Relative to the S&P 500, those stocks have performed the worst in more than a year.

Even as the S&P 500 soars to a record high, the relative returns in homebuilders are sinking to their worst levels in a year (see chart below).

Homebuilders Trading Opposite Direction Of The Dow 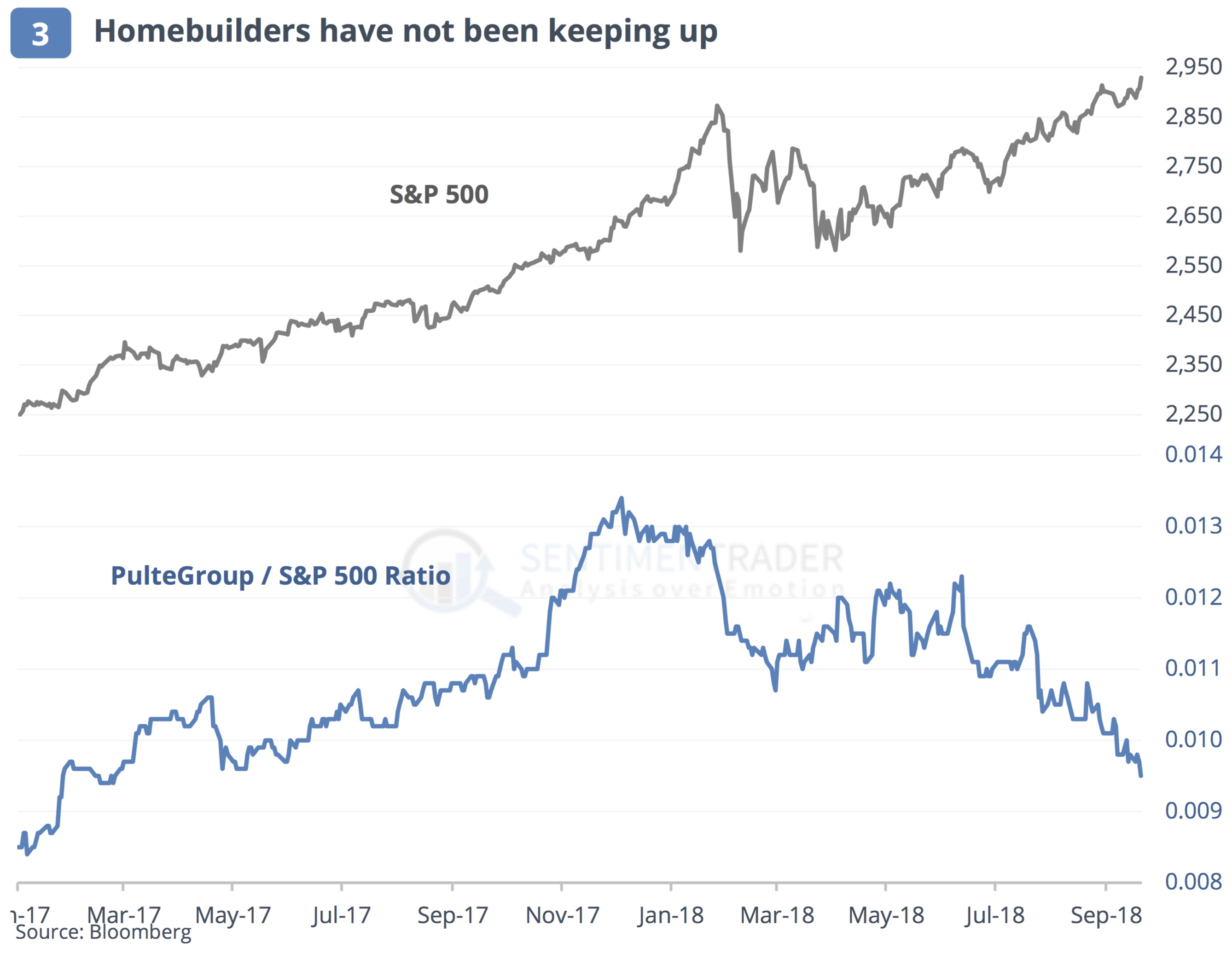 Souring prospects for homebuilders was a tip-off ahead of the 2007 crisis, so let’s look for any other similar setups. Figure 4 … shows every time the S&P 500 was at a 52-week high, and the ratio of PulteGroup to the S&P sunk to a 52-week low within the past few days.

It was not a good warning, at least in the shorter-term. A couple of months later, the S&P was higher every time but twice. More worrisome is that the divergences preceded rough markets in 1987, 2000, 2008, 2011, and 2015. The timing was not consistent, however.  To subscribe or try a free two week trial to the internationally acclaimed work that Jason Goepfert produces at SentimenTrader CLICK HERE.

ALSO JUST RELEASED: Look At The Havoc That Has Been Unleashed Across The Globe CLICK HERE TO READ.