On the heels of gold and silver continuing to consolidate their gains from the early part of 2016, analyst David P. out of Europe sent King World News an extremely important chart of silver, along with a brief commentary.

Is This It For Silver?
The following long-term silver chart and commentary was sent to KWN by analyst David P. out of Europe:  “The silver chart looks incredibly bullish.  The buy signal on the MACD has confirmed the upward move and just look at the setup.” 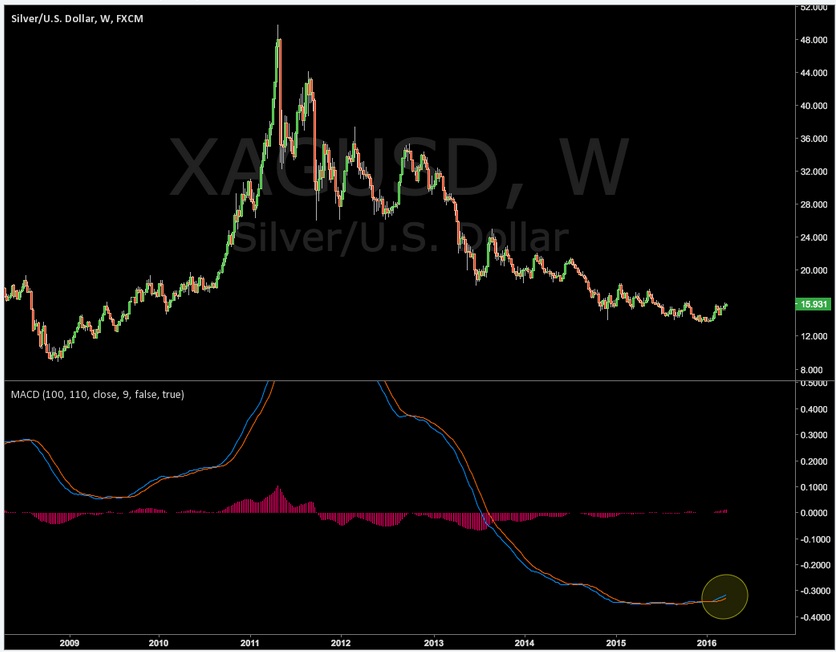 King World News note:  It will be interesting to see how silver trades in the coming weeks with such a large commercial short position in place.  This is a fascinating battle taking place in both the gold and silver markets in the short-term.

A portion of today’s note from Art Cashin:  Overnight And Overseas – The big news of course is the double terror attack in Belgium. European stocks and U.S. futures are paring earlier losses. The heaviest selling was in travel and tourism stocks (airlines, cruise lines, hotels, etc.).

As would be also expected, there was the usual flight to safety. Gold, the yen and other havens are higher.

In Asia (pre-attack), Chinese margin accounts grew smartly but stocks closed down. Tokyo was up nicely but Australia fell.

Consensus – Expect comments on attacks from the President and from the presidential candidates. Separately, we’ll be getting more Fedspeak. Continue to watch crude as it may be meeting some resistance. Stick with the drill – stay wary, alert and very, very nimble.