Today legendary technical analyst Louise Yamada just sent King World News an interim update announcing a historic breakout in the gold market.  Yamada has been correctly calling the moves in the gold market for years and this is a major change in her directional call for gold. 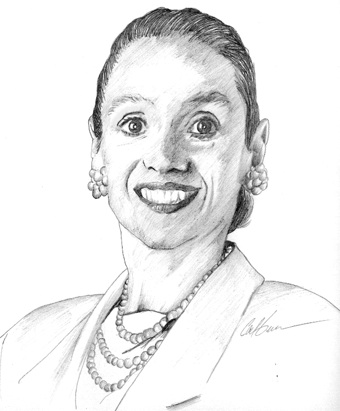 Today legendary technical analyst Louise Yamada, who has correctly called the major moves in the gold market for years, told King World News that she has now turned bullish.

GOLD BREAKS OUT
The growing concerns over negative interest rates may be pushing investors toward Gold Spot price (GOLDS- 1,247.10), even though there was only a small accumulation in place as noted in our February write up. Gold price has now exceeded the 200-day Moving Average (MA) and additionally has penetrated both 1,200 first resistance and the 2013 downtrend, and lifted to the first higher high above the October and May 2015 peaks (see upper arrows below on Figure 1)).

The daily (above) and weekly (see Figure 2) momentum models have moved to new one-year highs (lower arrows), offering both short and intermediate-term Buy signals. The next step would be for a pullback to hold at a higher low, above the December low, and perhaps complete a year-long reverse “head-and-shoulders” bottom (see Figure 2, saucers) which would extend the basing process. Thereafter a higher high would establish a new uptrend, the first in years.

If Gold retains strength over the days and weeks ahead, price could eventually overcome the sequential peaks (see Figure 2, horizontal lines) at 1,300 (to lift also above the broken 2005 uptrend), as well as 1,350, 1,385 (to address the 2011 downtrend) and 1,440. Moving through these levels would bring price to a position of challenging the two-year formidable resistance at 1,550 (dashed horizontal line) over time.

Additionally, the monthly momentum model, after being flat for over a year, has just offered a Buy signal (see Figure 3, vertical line), reversing the Sell signal from early 2012 (see lower arrows).

Since Gold has held just above the expected 1,000 two-year support level (the strong support from the 2008-2009 consolidation, see oval), Gold may be able to achieve at least some of these targets over the weeks-to-months ahead. This behavior would also be in line with the inverse relationship of Gold to Stocks (see Outlook 2016), in which Gold outperforms as the equity market declines.