The last time this happened the price of gold surged 75% and mining stocks soared 140%!

Also remember – these are multi-year lows for shares outstanding for GDX & GDXJ ETFs despite trillions of dollars of central bank printing in the interim. In addition, interest in these miners is at multi-year lows with gold sharply higher and their margins, cash flows and earnings massively higher…

Gold
Graddhy out of Sweden:  Posted on when Gold in these major currencies broke out in synced fashion 9-10 weeks ago. Note that the yellow trend line starts from Aug 2020 top, i.e. that trend line was the long term resistance line. Two of them has now clearly backtested. 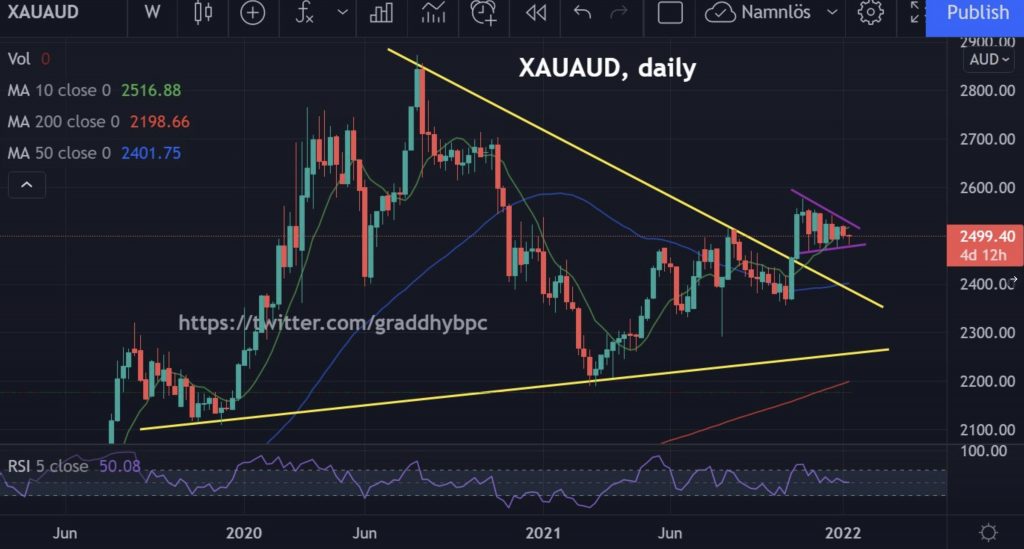 Gold Broke Out And Backtested In Chinese Yuan 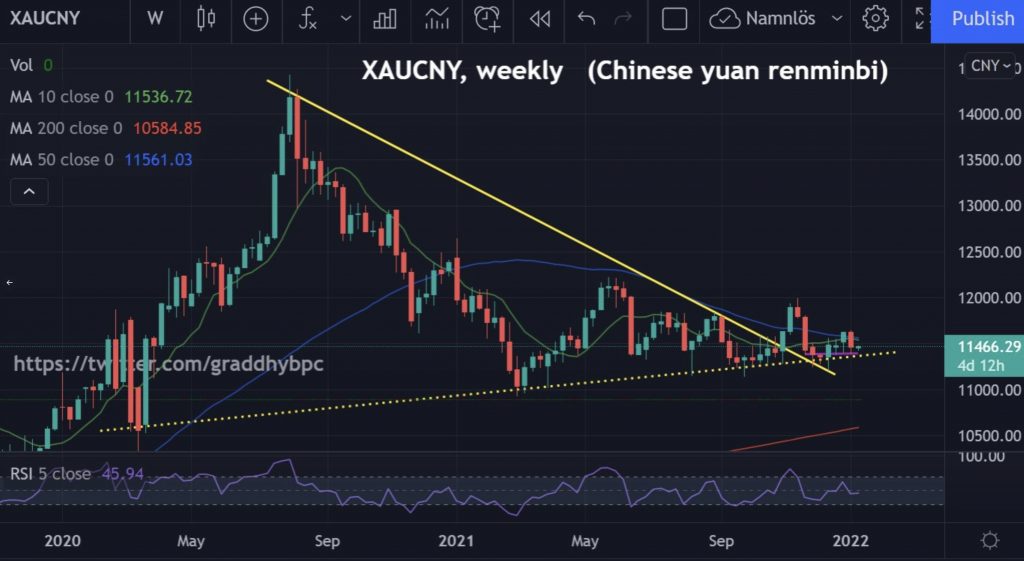 Gold Broke Out And Backtested In Swiss Francs 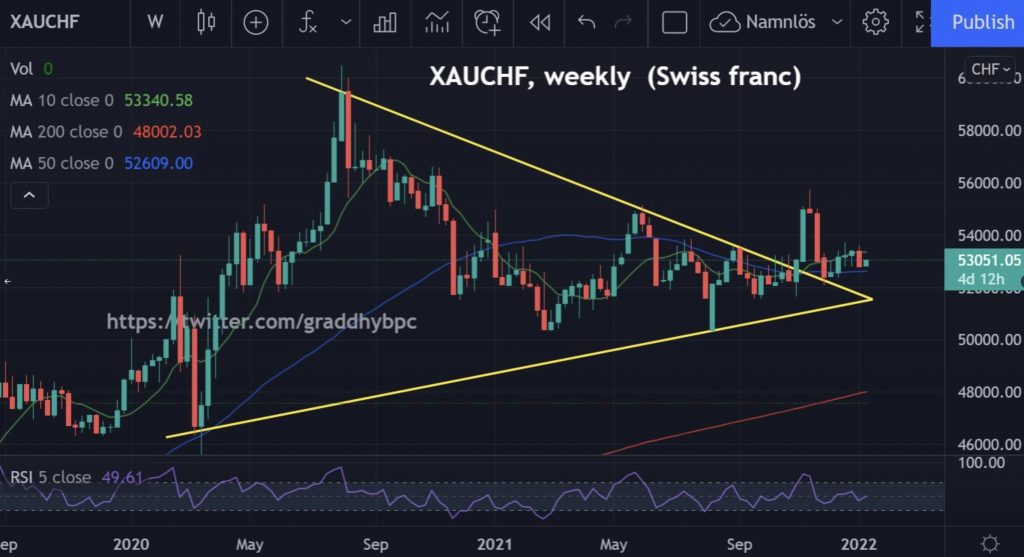 Fed Will Tighten Until There Is An Accident
Peter Boockvar:  While non voting, Richmond Fed president Tom Barkin on Friday said to the WSJ that he’d be on board with a March rate hike too after Daly and Bullard implied the same last week. In the balance between rate hikes and balance sheet run off after QE ends, I’m going to guess here that much will depend on what the yield curve looks like in determining how they proceed as the Fed doesn’t want to get close to inverting it.

The Fed will most likely try to get at least 2 rate hikes on the board first into the summer and then depending on whether the yield curve has flattened or steepened in response will likely dictate which lever they pull next. A steeper curve, they’ll have room to further raise short term rates. A flatter one, and they’ll start shrinking the balance sheet in an attempt to steepen it. I say ‘attempt’ because the history of QE in the US has seen the curve steepen when they are doing QE and flatten when they are not. Either way, as we’ve seen before, they’ll tighten until there is an accident of some sort but the level of inflation will impact their ability to pivot this time around.