With the Dow holding above 26,000 and the Nasdaq trading above 8,000, this indicator just shocked people by hitting an 18-year high. 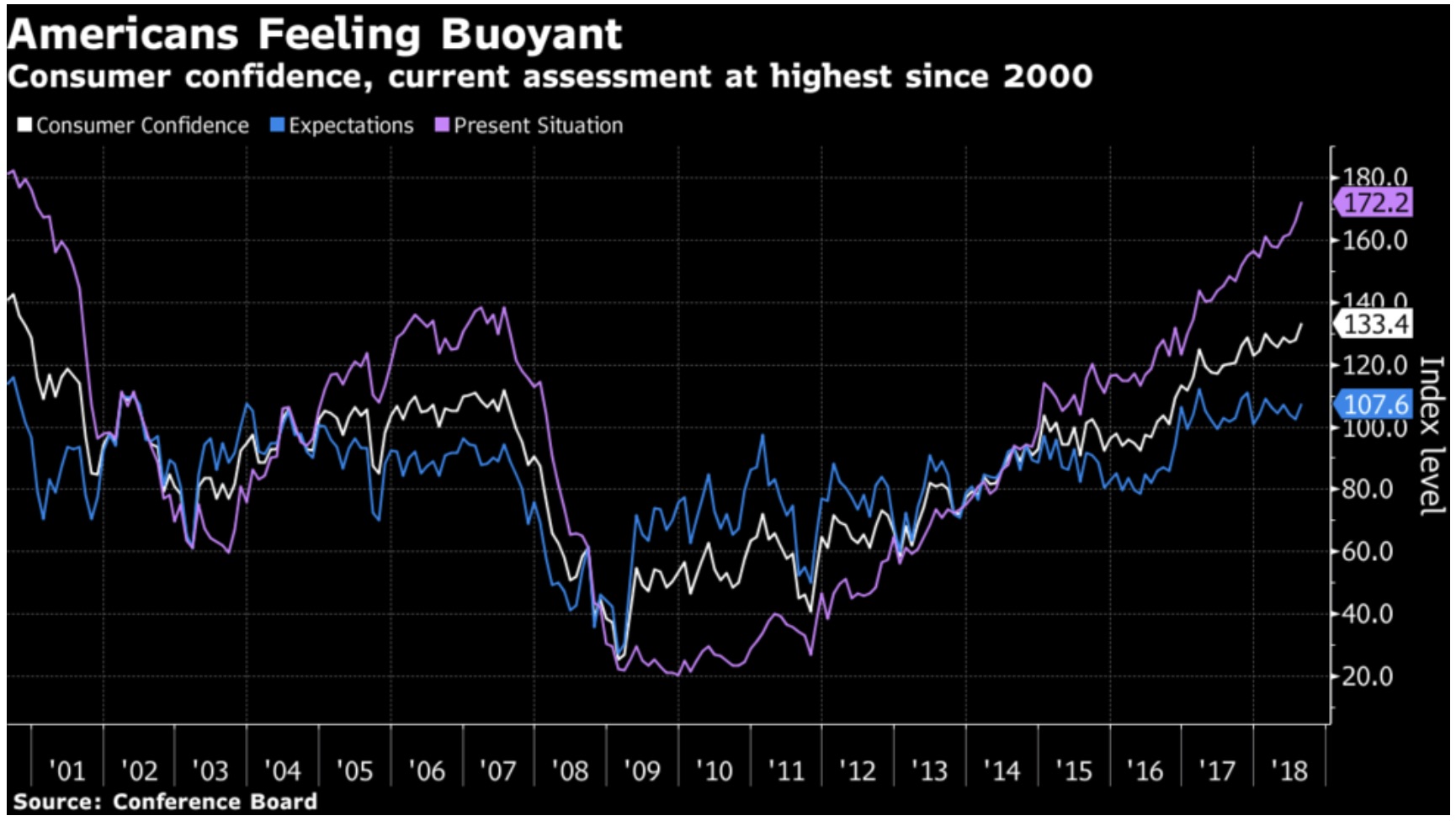 The report showed a greater share of respondents anticipate purchasing big-ticket items including homes, cars and major appliances within six months, which bodes well for the outlook for consumer spending. While a smaller share said that they expect employment to rise in coming months, more Americans were optimistic about pay gains.

Share of households who expect incomes to rise in next six months increased to 25.5 percent, the highest since December 2000, from 20.4 percent.

There is only one problem which is highlighted in the chart below: 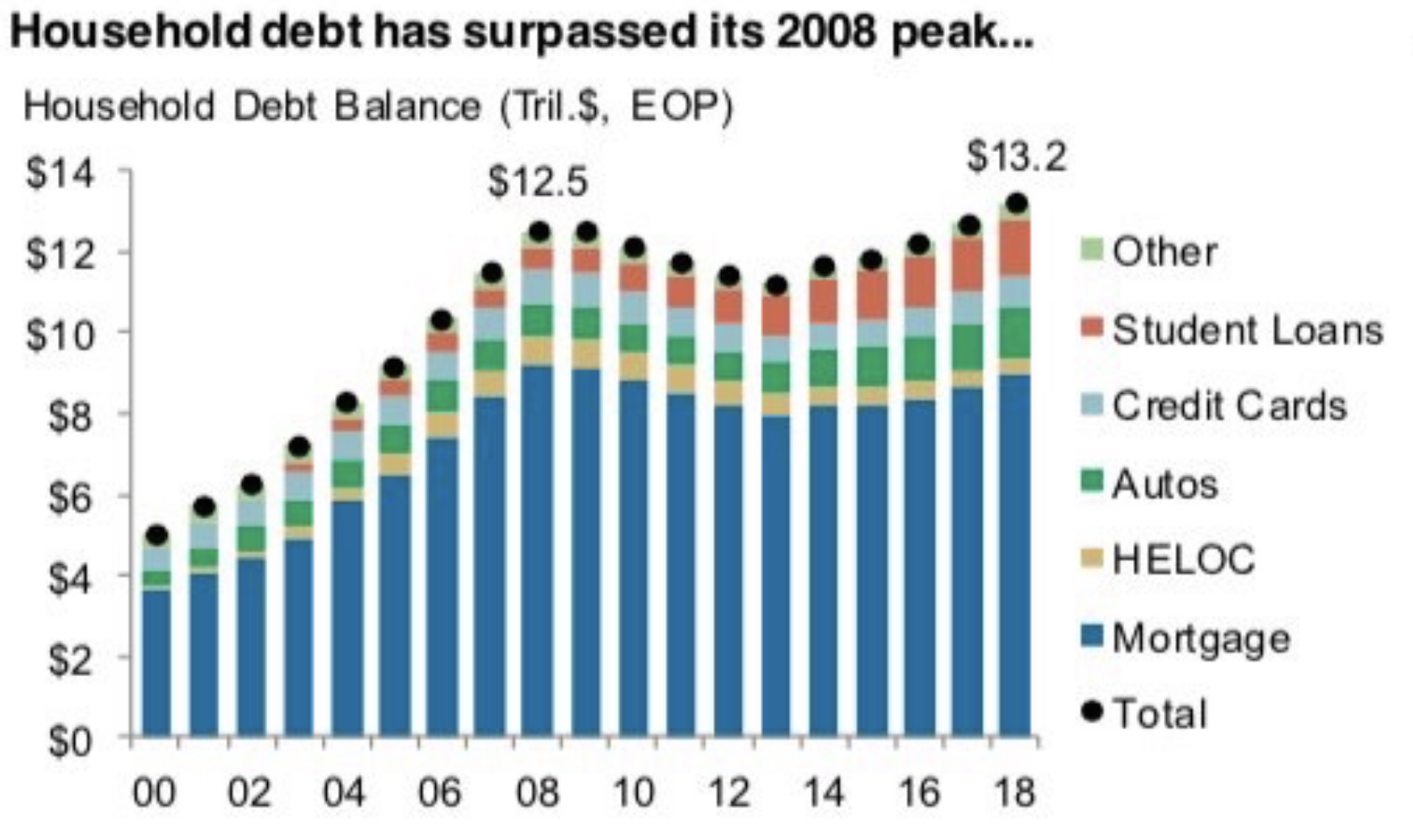 I guess the only that question remains is, how much more debt can the U.S. consumer take on, especially with household debt already at all-time record levels?  One thing is certain, as the debt bubble begins to implode, gold will be the primary beneficiary.

ALSO JUST RELEASED: Many Are Wondering If We Are Seeing Short Covering In The Gold Market. One Indicator Says Yes. CLICK HERE TO READ