Biggest Gold Buyer In The World, Plus Fear As Catastrophic Power Crisis In Germany Unleashed

Look at who the biggest gold buyer in the world is, plus fear sets in as catastrophic power crisis in Germany has been unleashed.

German Power Prices Continue To Skyrocket
As Germans Now Have Less Than 3 Months
Of Gas If Russia Cuts Off Supply! 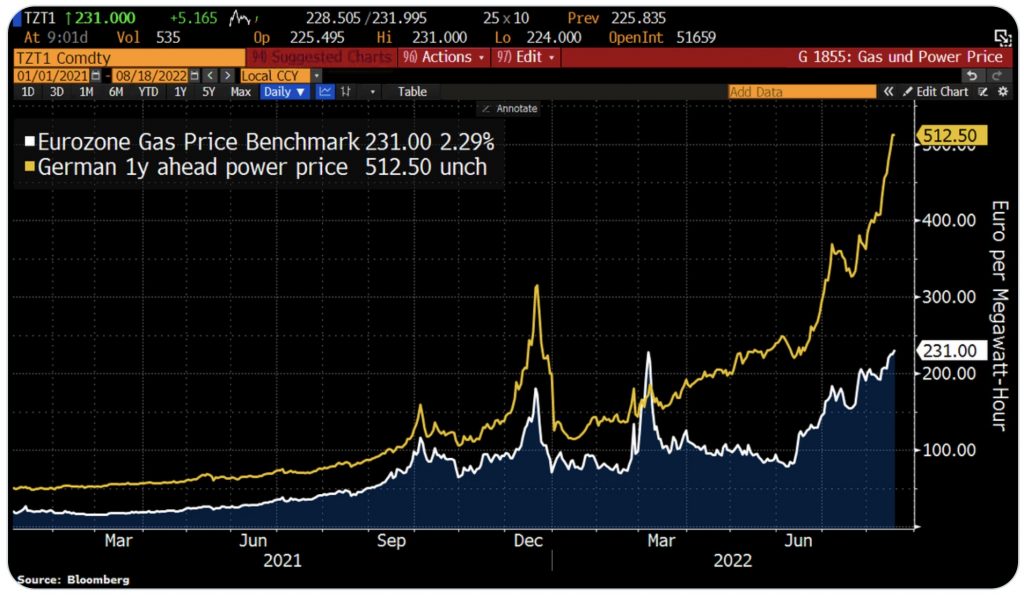 Housing Prices In A Hyperinflation
The Daily Shot:  Housing becomes attractive when a currency is massively devalued, and hyperinflation takes over.

CAUTION HOUSING BEARS:
This Is What Happens To Home Prices
In A Hyperinflation 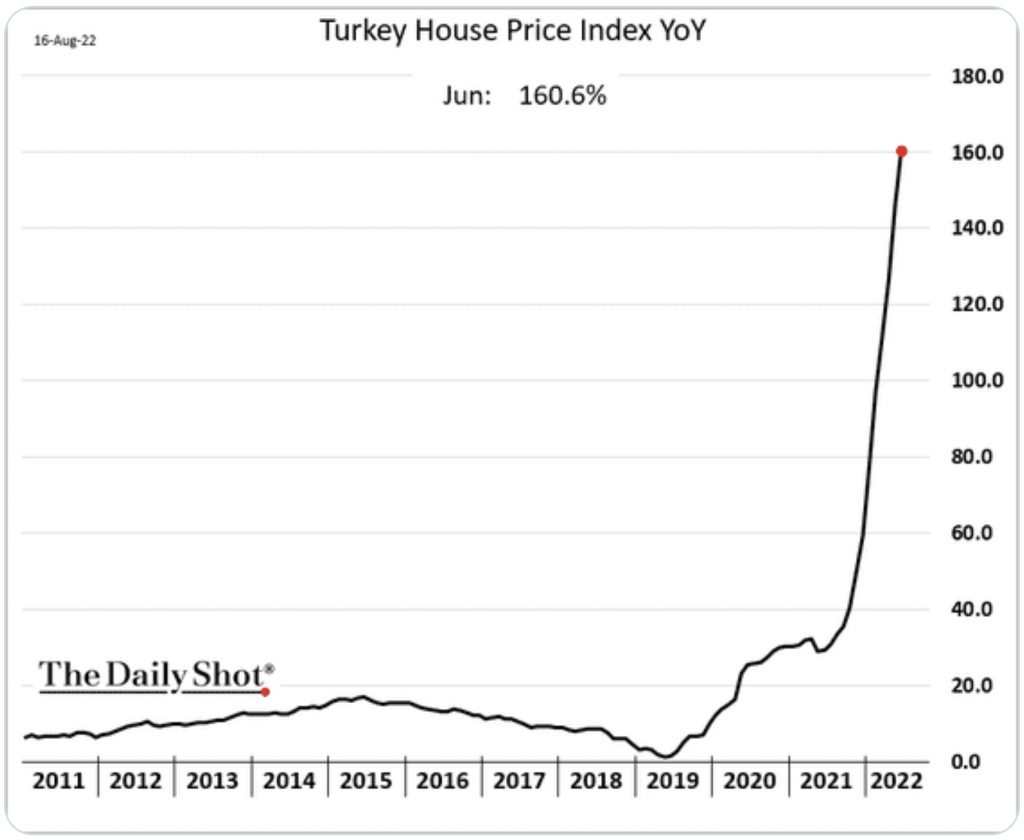 Clear Shift In Sentiment
Peter Boockvar:  A stock market sentiment check saw Bulls rise to 45 from 44.4 in yesterday’s Investors Intelligence report while Bears fell a touch to 27.5 from 27.8. While there wasn’t much change w/o/w, the readings at the market lows in June have basically flip flopped. There wasn’t much change either in today’s AAII reading. Bulls rose 1.1 pts to 33.3, but that is the most this year. The last week of December was the week that saw more. Bears rose .5 pt to 37.2 after 5 weeks of declines. The CNN Fear/Greed is just on the cusp of shifting to the Greed side at 55. It was 27 one month ago. Bottom line, there is nothing extreme here in II and AAII still has more Bears than Bulls but it still is a clear shift from what was seen in June. 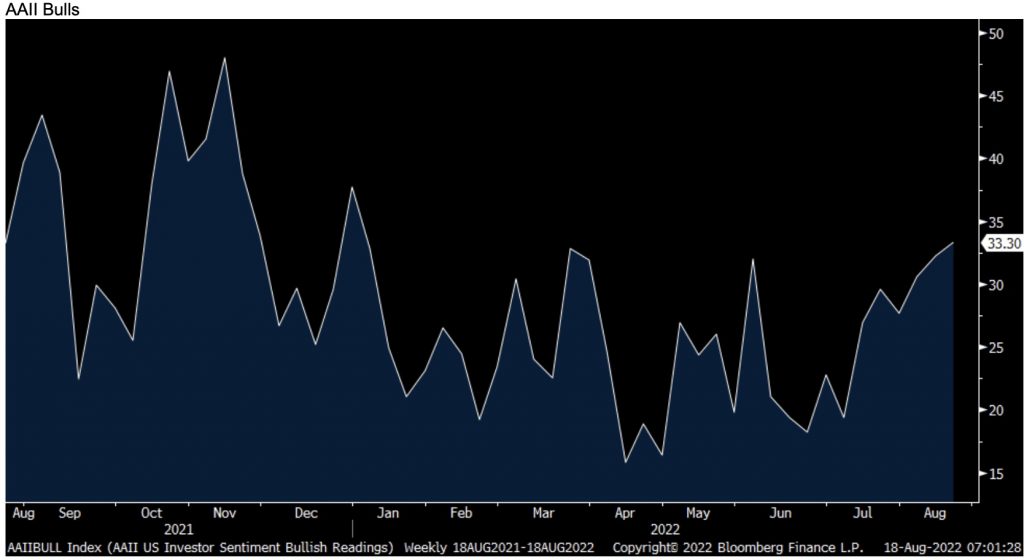 Norway Hikes Rates To Combat Inflation
Norges Bank in Norway hiked rates by 50 bps to 1.75% as expected. That is a 10 yr high in this benchmark rate. The Governor said “A markedly higher policy rate is needed to ease the pressures in the Norwegian economy and to bring inflation down towards the target.” They also said to expect another hike in September. The Central Bank of the Philippines also raised by 50 bps to 3.75% as anticipated. Governor Felipe Medalla said “The inflation target remains at risk. Elevated inflation expectations likewise highlight the risk of further 2nd round effects.” The global monetary tightening continues on…

Inflation Will Continue To Rage…Regardless
ECB Executive Board member Isabel Schnabel from Germany is talking tough on inflation and is implying she wants another 50 bps rate increase in September. “In July we decided to raise rate by 50 bps because we were concerned about the inflation outlook. The concerns we had in July have not been alleviated…I do not think this outlook has changed fundamentally.” She acknowledged the economic slowdown but also said:

“Even if we entered a recession, it’s quite unlikely that inflationary pressures will abate by themselves. The growth slowdown is then probably not sufficient to dampen inflation.”

There wasn’t much of a market move in response as it’s not surprising that the German member is saying this but yields did spike yesterday. Yesterday the German 2 yr yield was higher by 15 bps by another 2 bps today. The euro is flattish.

ECB Facing A Very Real Crisis
Of course complicating the ECB battle is the sharp rise in energy prices with the recent spurt higher in natural gas prices. On a closing basis, TTF natural gas price in Europe is at a new record high. That said, ECB rates currently at zero is ridiculous. 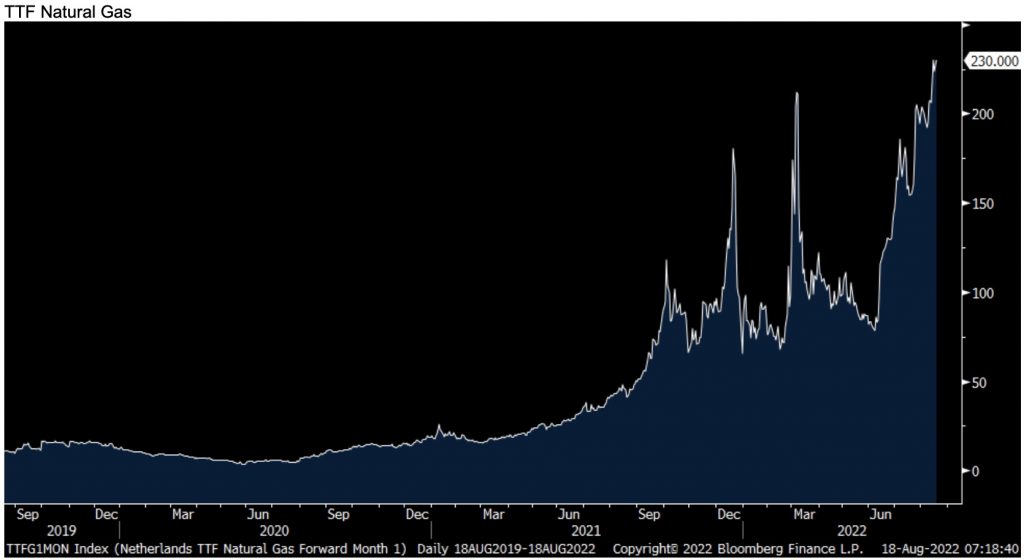 Hyperinflation Alert!
Taking the exact opposite tact as every other central bank around the world, outside of the BoJ, Turkey’s central bank, with pressure from the Erdogan, felt that the best way to confront hyperinflation, expected to be up 85% this fall y/o/y, is to CUT rates. They lowered their benchmark rate by a full 100 bps to 13%. Not one economist surveyed saw a change. Not surprisingly, the Turkish lira is at a new record low vs the dollar. What a shame. 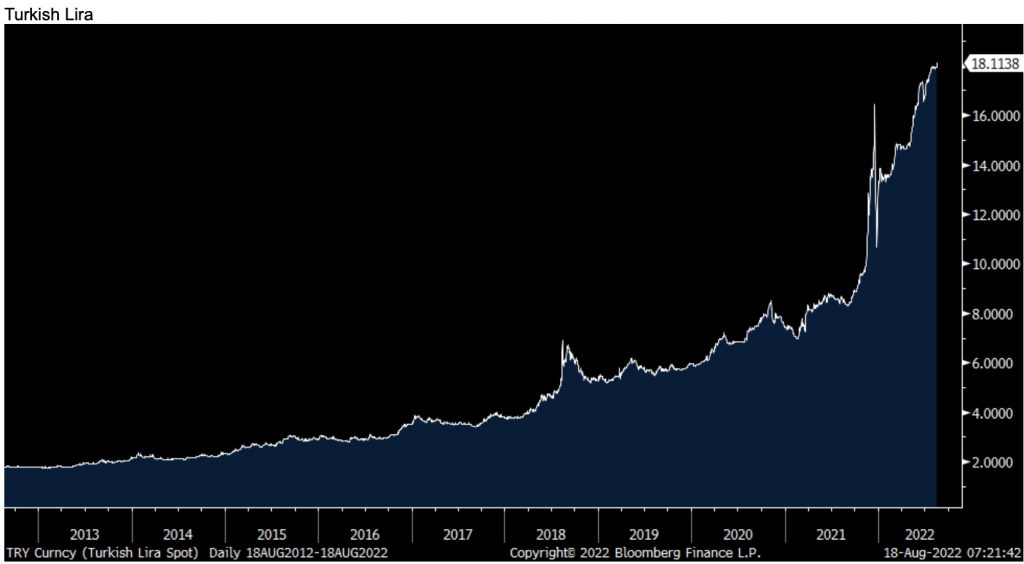 Biggest Gold Buyer In The World
While we here debate where the price of gold is going, in Turkey it is a matter of financial life and death and I found this chart on Twitter last month and you can see Turkey is the number one foreign buyer of gold.

Gold A Matter Of Financial Life & Death In Turkey